The group said they decided to intervene not because “they disagree with California’s policy choice, but because the challenged law represents a policy choice that the Second Amendment forecloses.”

“California should not be permitted to invade its own citizens’ constitutional rights, and this Court should not imperil the rights of citizens in this Circuit and other states with its analysis.”

The states argue that California’s ban affects guns used by “millions of law-abiding citizens” and “criminalizes mere possession of commonly-used arms,” striking “at the core of the Second Amendment.” 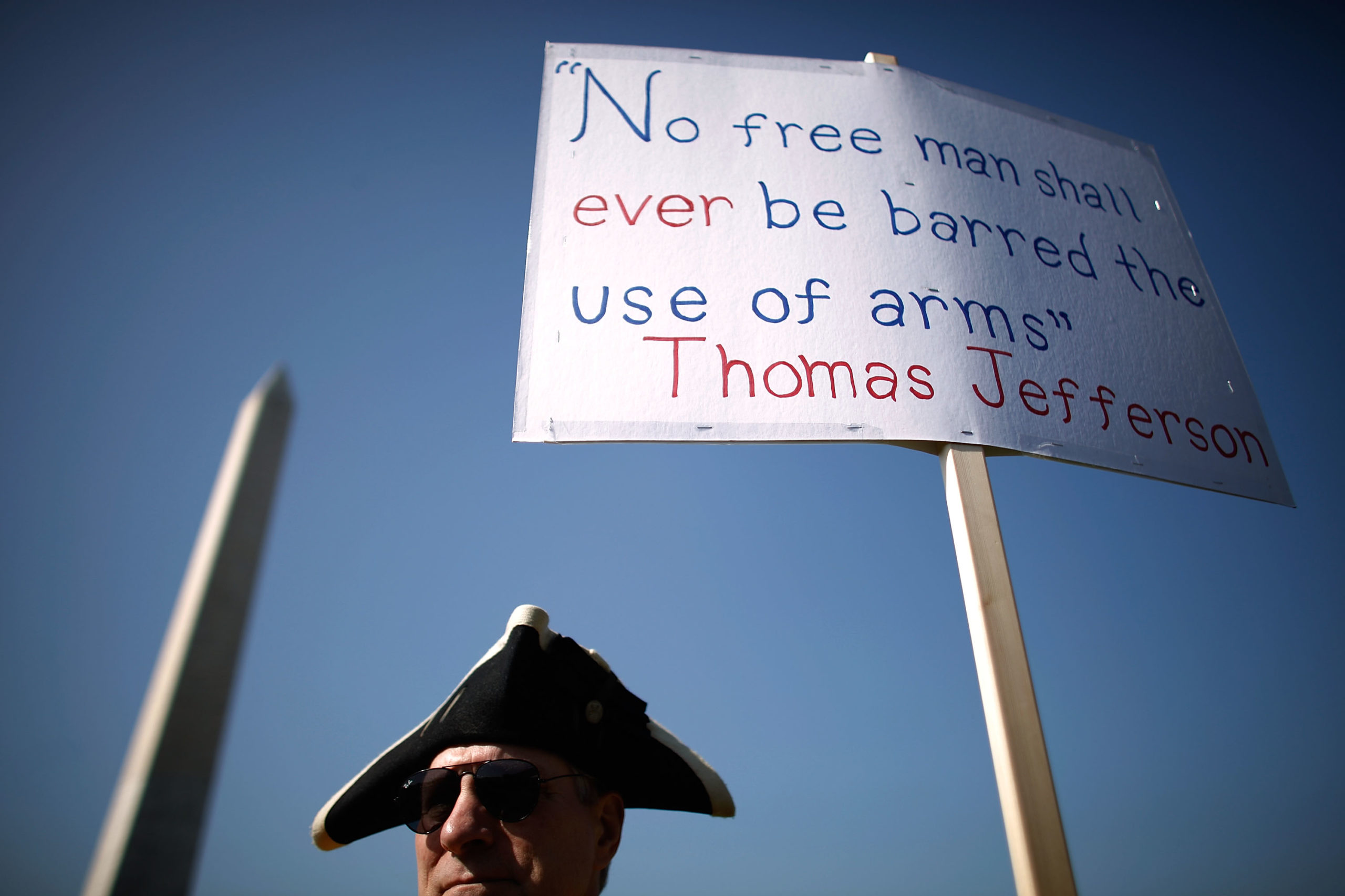 WASHINGTON – APRIL 19: A man stands next to a sign pro-gun rally organized by the Second Amendment March group, near the Washington Monument April 19, 2010 in Washington, DC.  (Chip Somodevilla/Getty Images)

“Our Second Amendment is constantly under attack from out-of-touch Californians and ignorant special interest groups. America must never abandon her law-abiding citizens and their fundamental right to defend themselves.”

Similar to the argument being made by the coalition of states, Benitez ruled firearms like the AR-15 are a “popular” choice for “home defense” and “the kind of versatile gun that lies at the intersection of the kinds of firearms protected under District of Columbia v. Heller and United States v. Miller.”

Benitez ruled the case is about an “average” gun being used “in average ways for average purposes.”

Bonta said he “won’t rest in the fight to defend our state’s commonsense gun laws. Weapons of war don’t belong on our streets.”

Bonta said the ban on assault weapons was about protecting Californians, not infringing on their rights.

“The ban on assault weapons will not put an end to all gun violence, but it is one important tool the state has to protect the safety of Californians while also respecting the rights of law-abiding residents who choose to possess firearms.”