A coalition of 35 civil rights groups and labor unions wrote to lawmakers Monday urging them to take action to stop Amazon’s “dangerous and punitive” worker surveillance.

The groups blamed Amazon’s system of tracking and surveilling its workers on increasing numbers of injuries at the trillion-dollar company’s warehouses, according to the letter spearheaded by civil rights coalition Athena. Amazon’s business model is “calculated exploitation,” the letter addressed to state and federal lawmakers said.

“It is time for lawmakers and regulators to step-in and end the punitive system of constant surveillance that drives the dangerous pace of work at Amazon,” the letter stated.

The coalition took particular issue with “time off task,” Amazon’s program that monitors how productive its workers are. It measures how much time workers spend not working on their assigned task outside of their 30-minute lunch break, according to a 2019 New York Committee for Occupational Safety and Health (NYCOSH) report.

Time off task pushes workers to work faster and harder, the NYCOSH report said. (RELATED: Amazon May Be Building a Huge American Spy Network — Here’s How to Make Sure You Aren’t Part Of It)

“We demand lawmakers and regulators do everything in their power to end rate and time off task, ensuring Amazon cannot use this punitive system of surveillance to cycle through entire workforces in communities throughout the country,” the letter continued. 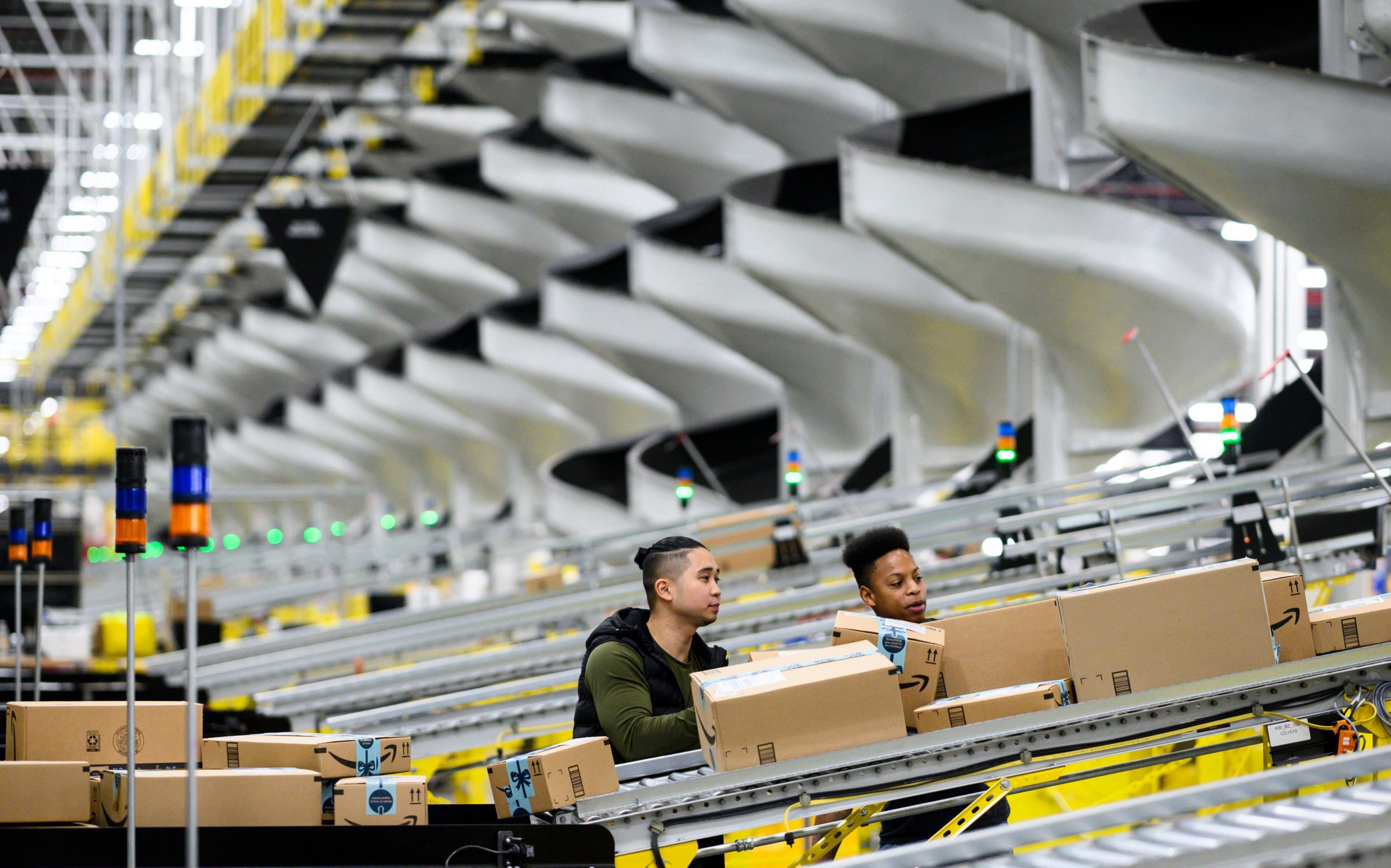 The coalition asked for government intervention in three areas. First, the groups asked elected officials to pass legislation banning the use of surveillance to punish and control workers, a practice they characterized as abusive.

Second, the letter said the Occupational Safety and Health Administration (OSHA), a division of the Department of Labor, should introduce regulations preventing such surveillance. Finally, the groups demanded government agencies with oversight responsibilities to open new investigations into Amazon.

“Agencies tasked with safeguarding workers should investigate Amazon for these widespread and long-standing abuses, including: injuries, retaliation, and discrimination,” the letters said.

There were 5.9 serious injuries per 200,000 hours worked — the amount of time 100 full-time employees work per year — at Amazon facilities in 2020, according to data analyzed by The Washington Post. The injury rates among Amazon workers dwarfs the rate at facilities operated by the company’s competitors.