The International Brotherhood of Teamsters released a resolution to unionize Amazon nationwide, which the union plans to vote on during its convention Thursday.

The labor union, which is among the largest in the U.S., plans to affirm that organizing Amazon workers is among its highest priorities over the next five years, according to the resolution that International Brotherhood of Teamsters (IBT) members will vote on during the convention. The resolution accused Amazon of exploiting workers and contractors in its dehumanizing and unsafe workplaces.

“The International Brotherhood of Teamsters recognizes that there is no clearer example of how America is failing the working class than Amazon,” the document stated. “From its start as a book retailer, Amazon has grown to become an ecommerce giant and has disrupted industry after industry and displaced hundreds of thousands of jobs.”

“Amazon workers recognize that they need to stand together and are taking action to improve their working conditions,” it said. (RELATED: Amazon Workers Were Threatened, Intimidated, Union Says As It Demands New Election) 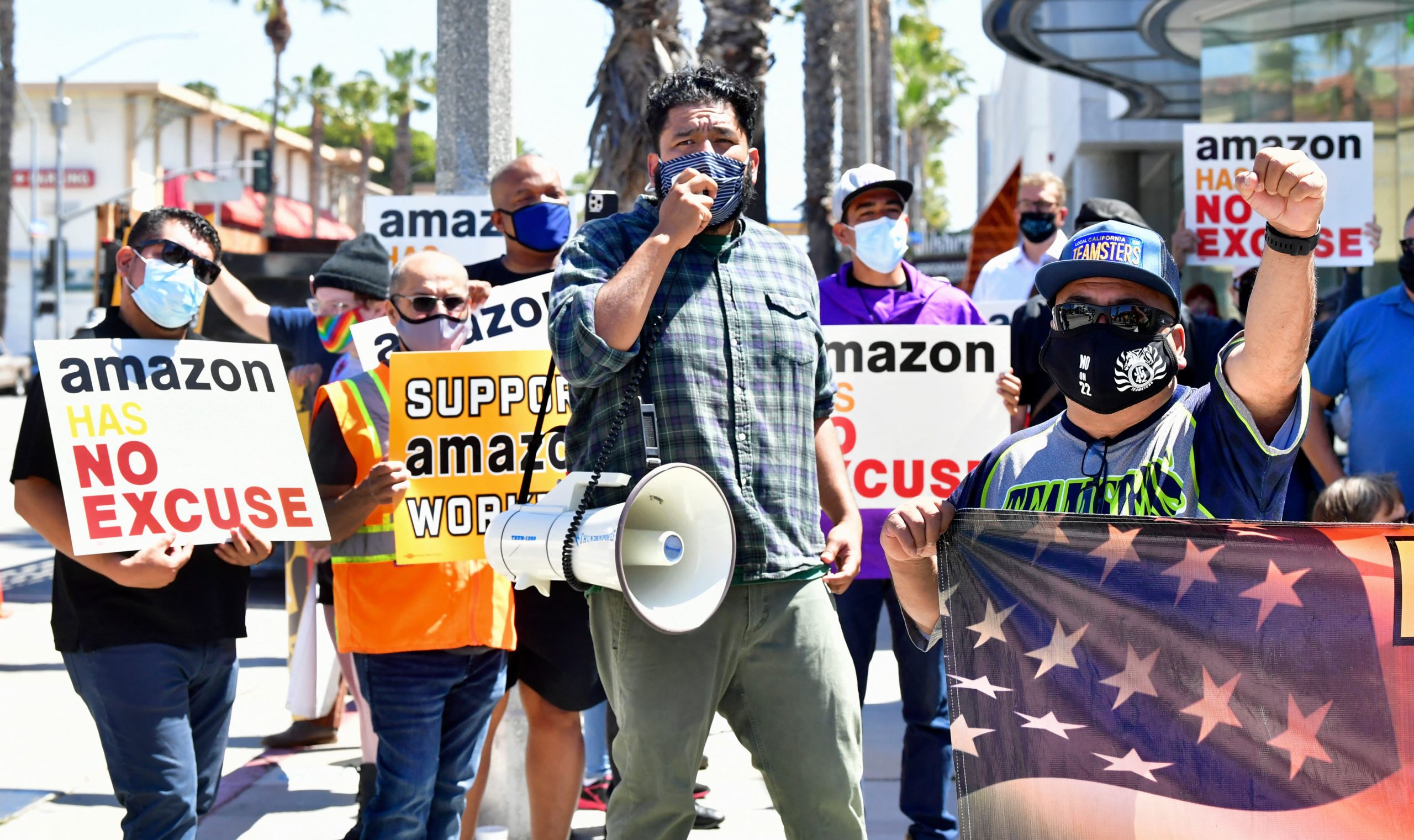 Activists protest against Amazon on May 24 in Santa Monica, California. (Frederic J. Brown/AFP via Getty Images)

The IBT resolution stated that unionizing Amazon will require “shop-floor militancy.” If approved, the union would be committed to organizing all Amazon workers and would create an “Amazon Division” that would commandeer the effort.

“Teamsters across North America have been and will continue to stand in solidarity with Amazon workers in their effort to find a true voice on the job,” the resolution said.

In 2000, the trillion-dollar online retailer defeated attempts by the Communications Workers of America and the United Food and Commercial Workers Union to unionize thousands of employees, The New York Times reported at the time. In 2014, a group of Amazon workers in Middletown, Delaware, voted overwhelmingly against unionization, according to The Seattle Times.