Over 170 Republican members of Congress called on President Joe Biden Thursday to include pro-life protections in his budget request, warning that the current budget is “an affront to the majority of Americans who do not want their tax dollars funding abortion on demand resulting in the death of children in the womb.”

The Daily Caller News Foundation first obtained the letter warning the president that his fiscal year 2022 budget request will remove bipartisan pro-life protections such as the Hyde Amendment, which bans the use of federal funds for abortions and has been included in appropriations legislation every year since 1976.

Republicans emphasized that Americans who oppose abortion should not be forced to see their taxpayer dollars fund a “brutal procedure that ends the lives of unborn children.” (RELATED: Democrat Draft Budget Dramatically Expands Taxpayer Funding Of Abortion, Pro-Life Group Warns)

“We know you understand this. You get it—or at least you once did,” the lawmakers told Biden, reminding the president that he formerly opposed abortion.

“Years ago, you wrote a constituent explaining that a law against funding for abortion would ‘protect both the woman and her unborn child,'” the lawmakers wrote. “You wrote: ‘I have consistently—on no fewer than 50 occasions—voted against federal funding of abortions…those of us who are opposed to abortion should not be compelled to pay for them.’” (RELATED: Here’s How Joe Biden Has Evolved On Abortion)

The letter is led by Republican Indiana Rep. Jim Banks, the chairman of the Republican Study Committee, as well as House Congressional Pro-Life Caucus Co-Chairs Chris Smith of New Jersey, Andy Harris of Maryland, Michelle Fischbach of Minnesota, and Kat Cammack of Florida. 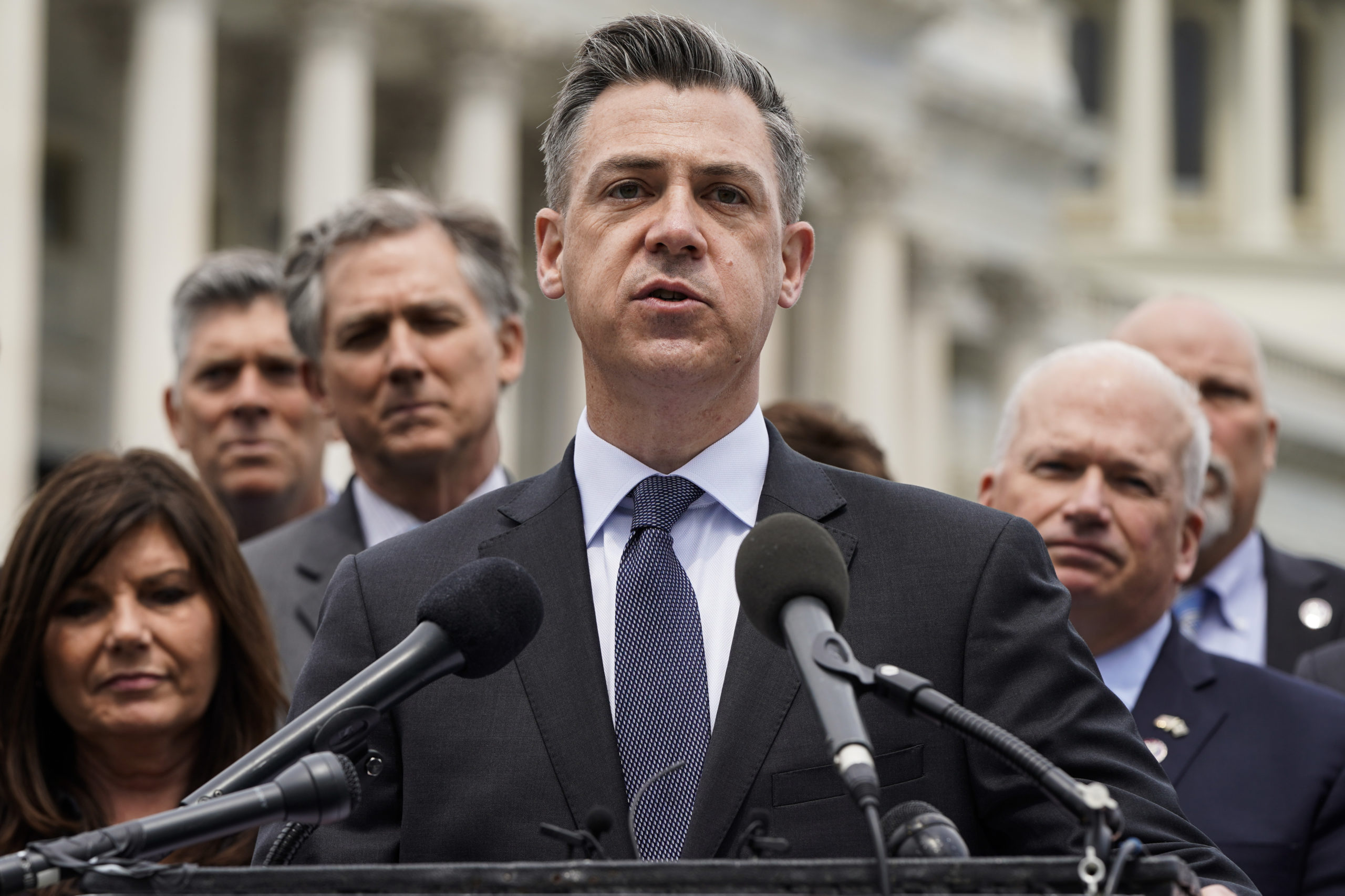 WASHINGTON, DC – APRIL 21: Rep. Jim Banks (R-IN) speaks to the media with members of the Republican Study Committee about Iran on April 21, 2021 in Washington, DC. The group has proposed legislation that would expand sanctions on Iran and aim to prevent the U.S. reentering the Iran deal. (Photo by Joshua Roberts/Getty Images)

Biden’s proposed budget would not only also increase funding for abortion providers both internationally and in the U.S., the lawmakers said, it also provides additional funds to the United Nations Population Fund, though the UNFPA complies with China’s forced family planning policies.

The Hyde Amendment first passed in 1976 and bans the use of federal funds for abortions. Biden has repeatedly promised to repeal the Hyde Amendment, and his assurances are backed by Democratic leadership and pro-abortion advocates pushing to axe the amendment from acts of Congress.