Hundreds of Afghan military weapons have been stolen by the Taliban as American troops withdraw from the country, Sky News reported Tuesday.

Ehsanulla said despite the seizure of weapons the increase in violence isn’t because of the militants, according to NBC News. (RELATED: Taliban Takeover Of Critical Areas During Biden Withdrawal Suggests Grim Future For Afghanistan)

“We will fight them and we will push them back,” Haibatullah Alizai, the commander of Special Operations Command of the Afghan National Army, told NBC News. “We are going to try our best to save this country.” 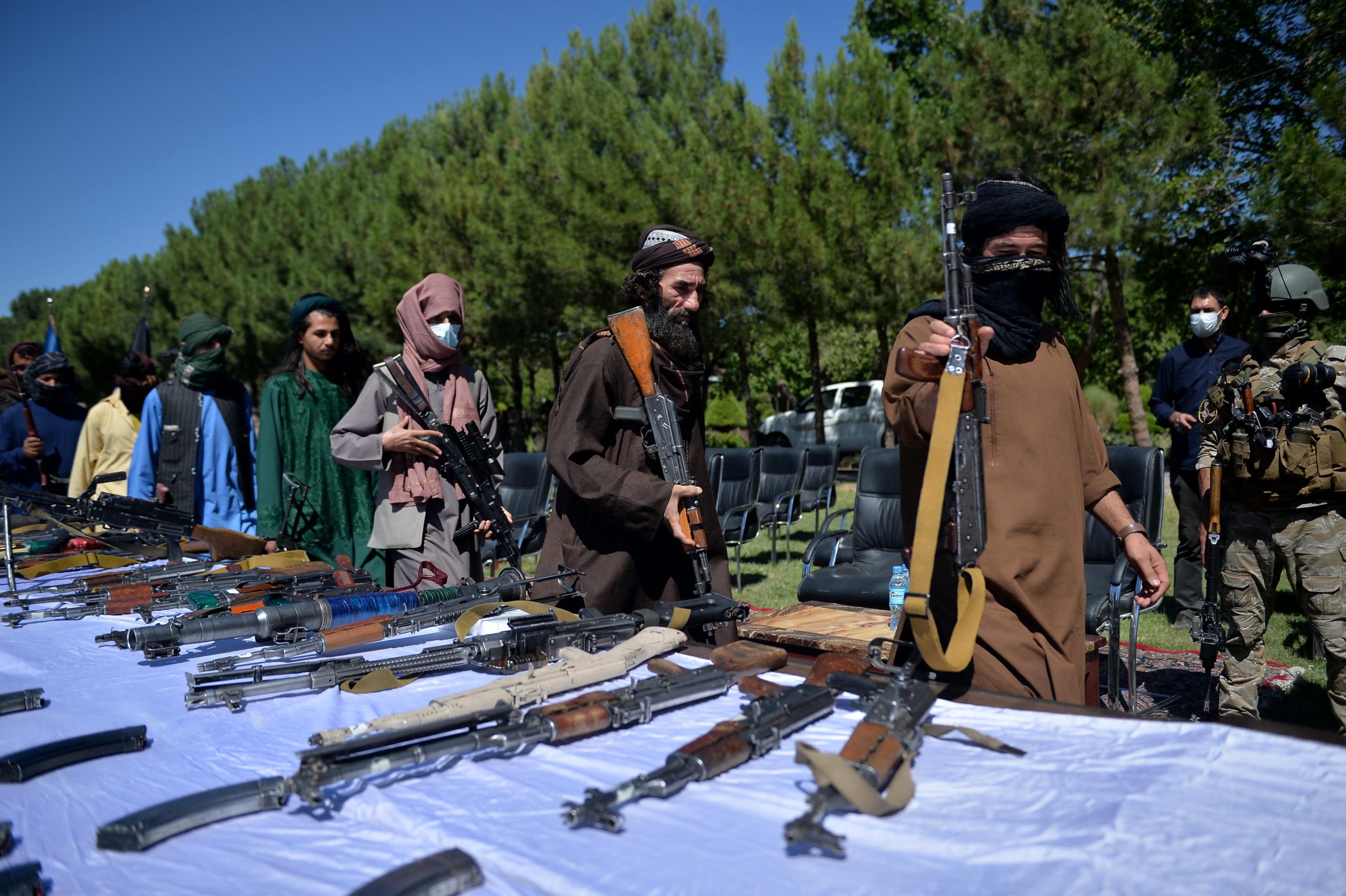 Taliban fighters put down their weapons as they surrendered to join the Afghanistan government during a ceremony in Herat on 24, 2021. (Photo by HOSHANG HASHIMIAFP via Getty Images)

The commander said they are still in control of the bigger cities, critical infrastructure and preventing the Taliban from besieging the capital, according to NBC News.

“They are coming, and Afghanistan will be a graveyard for them as well,” he said, according to NBC News.

Nearly 1,000 people in the Afghanistan security forces escaped on Monday to neighboring Tajikistan as the Taliban continues to gain control of the country’s northern region.

The Taliban said Monday any foreign troops remaining in Afghanistan after President Joe Biden’s pledged withdrawal deadline of Sept. 11 risk being considered occupiers. Nearly 650 American troops will stay in the country to secure the American embassy and the Kabul airport.