A number of veterans offered their opinions on athletes’ protests during the national anthem, as well as on recent disparagement of the American flag.

The American flag has become the subject of recent controversy, with hammer thrower Gwen Berry drawing criticism last week when she turned away from the flag while on the podium at the 2020 U.S. Olympic Track & Field Team Trials. Berry covered her head with a T-shirt as the national anthem played.

The New York Times received backlash Sunday for publishing a piece titled “A Fourth of July Symbol of Unity That May No Longer Unite,” which described the American flag as “alienating”, and a symbol of Republican political affiliation. The Times had previously come to the defense of one of its writers, Mara Gray, in June when Gray said she was “disturbed” seeing dozens of American flags flying in Long Island.

Similarly, singer Macy Gray wrote an opinion piece in MarketWatch describing the American flag as the Confederate flag’s “replacement” as a “symbol of opposition to the abolishment of slavery,” calling it “tattered, dated, divisive, and incorrect.”

Several veterans and veterans organizations were critical of the recent comments and protests, characterizing them as disrespectful. (RELATED: ‘Boycott The NFL’ Launches Veteran’s Day Protest Over Players Kneeling During Anthem) 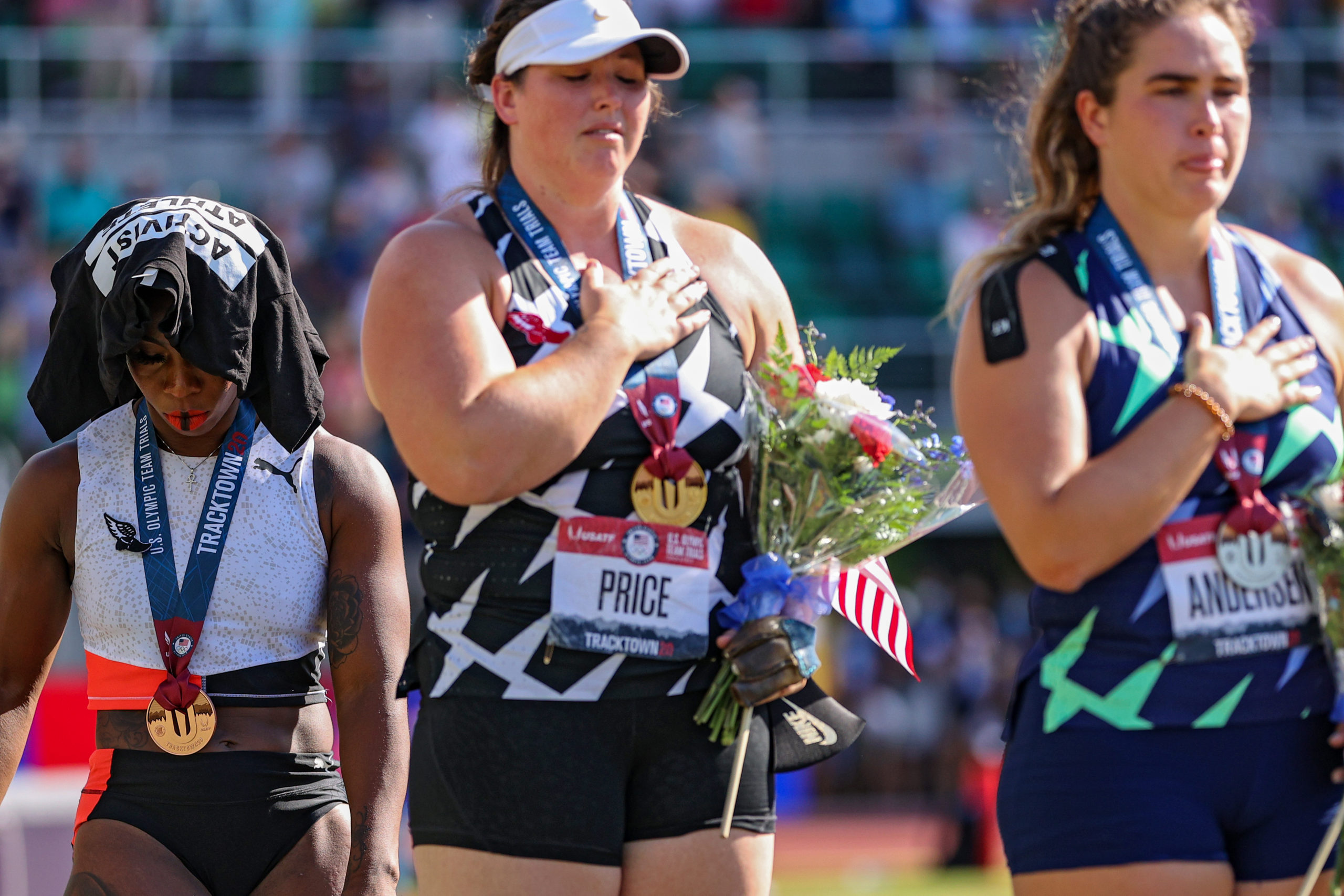 Freedom Alliance provides support for veterans and their families, including funding scholarships and providing care packages for families in need.

“It’s a banner that’s brought and kept our country together for years, symbolizing hope, achievement, courage, and pride,” Kilgannon said. “Those who have made the ultimate sacrifice have gone to their eternal rest with that flag draped over their casket.”

Protests during the national anthem, while within the rights of Olympic athletes, sent a message of disrespect towards veterans, Kilgannon said. His opinion was echoed by retired Major General Joseph Arbuckle.

“Any citizen has the right to protest under our First Amendment to our Constitution but using a forum like the Olympics where athletes from many countries compete under the flags of their nations is not the place to do it,” he said. 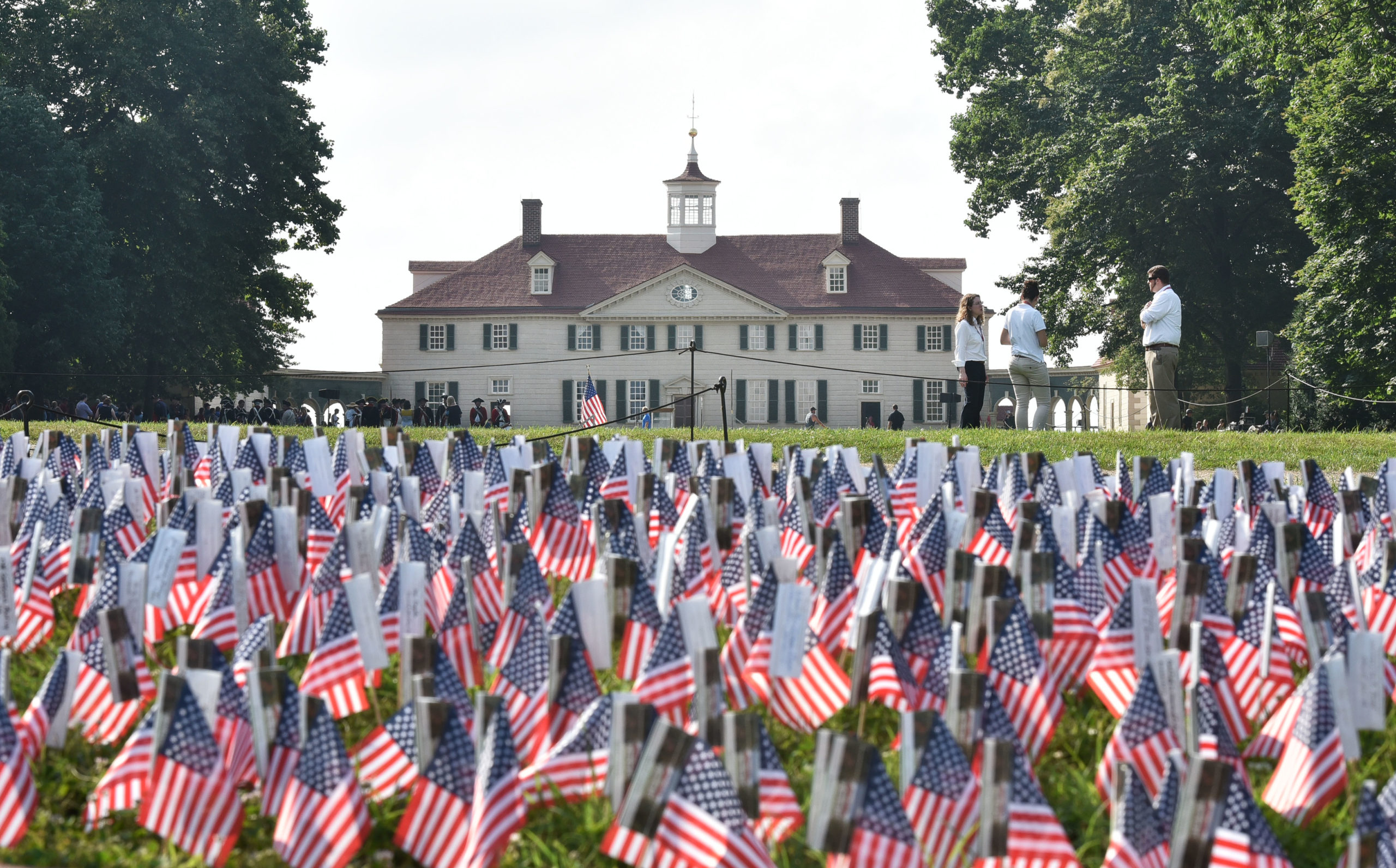 A field of US flags are seen in front of George Washington’s Mount Vernon estate during Independence Day celebrations in Mount Vernon, Virginia, on July 4. (Photo by MANDEL NGAN/AFP via Getty Images)

Several veterans also wrote to their local papers to express their dissatisfaction over the disrespect towards the American flag. (RELATED: Veterans Group Hopes Biden Administration Will Stop Endless Wars And Continue Access To Private Healthcare)

“As a veteran of military service, I was saddened and angered to see that there are athletes representing our country on the world stage of the Olympics who disrespect the American flag and anthem,” wrote veteran Ron Gay Henderson last week in an opinion for the Las Vegas Review-Journal.

“If people in this country in years past had the same attitude as Ms. Berry, we would all probably be speaking a language other than English right now. I’m sure there is room for citizenship in Russia or China for her to be able to join their Olympic teams,” Henderson said.

“It is an absolute disrespect to us war veterans,” Idaho veteran Roger Gregory wrote Sunday in the Bonner County Daily Bee. “Now the U.S. Olympic Committee says it is okay for athletes to kneel during the Olympic trials. Well, here is one war veteran that won’t be watching.”

Berry’s actions also drew criticism from political figures who had served in the military. Republican Rep. Dan Crenshaw, a former Navy SEAL, called for Berry to be kicked off the Olympic team.

“We don’t need any more activist athletes,” Crenshaw told Fox News last week. “She should be removed from the team. The entire point of the Olympic team is to represent the United States of America. That’s the entire point.”

Similarly, Republican Sen. Tom Cotton, who had served as an infantry officer in Iraq and Afghanistan, said it was Berry’s duty to honor the flag as a representative of the United States.

“If Ms. Berry is so embarrassed by America, then there’s no reason she needs to compete for our country. She should be removed from the Olympic team,” he said. (RELATED: Veterans, Gold Star Families To Have Free Entry To National Parks Starting On Veterans Day And Beyond) 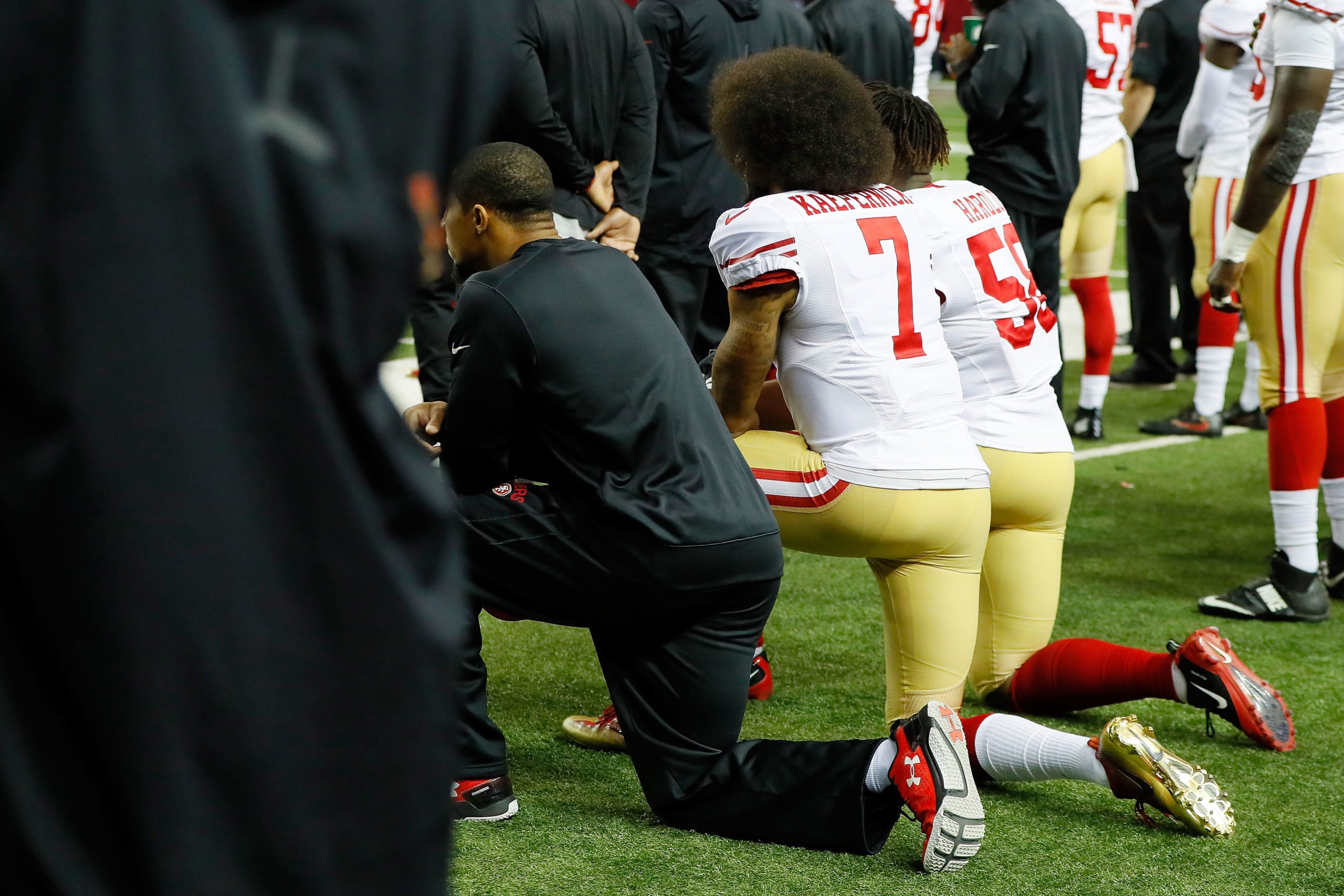 “There are many ways to protest, but the national anthem should be our moment to stand together as one UNITED States of America,” said American Legion National Commander Denise H. Rohan in a statement.

“There is a time and place for civil debate, and wearing team jerseys and using sporting events to disrespect our country doesn’t wash with millions of military veterans who have and continue to wear real uniforms on real battlefields around the globe,” said Keith Harman, Vietnam combat veteran and leader of Veterans of Foreign Wars, in a statement.