The EU announced a series of climate-related policy proposals that the powerful 27-nation body said would substantially cut emissions within 30 years.

The policies in the so-called European Green Deal would cut greenhouse gas emissions at least 55% by 2030 and make the continent the first to become carbon-neutral by 2050, the EU announced Wednesday. The wide-ranging plan, which still needs to be negotiated and approved by members, stems from an original proposal presented in December 2019.

“The fossil fuel economy has reached its limits. We want to leave the next generation a healthy planet as well as good jobs and growth that does not hurt our nature,” Ursula von der Leyen, president of the EU’s executive branch, said in a statement. “The European Green Deal is our growth strategy that is moving towards a decarbonized economy.”

“Europe was the first continent to declare to be climate neutral in 2050, and now we are the very first ones to put a concrete roadmap on the table,” she said. (RELATED: ‘Net Zero Is Not Enough’: John Kerry Says We Need To Remove Carbon Dioxide From The Atmosphere)

The European Green Deal includes a “carbon border adjustment mechanism” or a tax on all imports from outside the EU where products are manufactured without stringent climate regulations, according to the announcement. The tax would ensure European companies pay at least as much to import goods from outside the continent as they would if they purchased goods from within the continent. 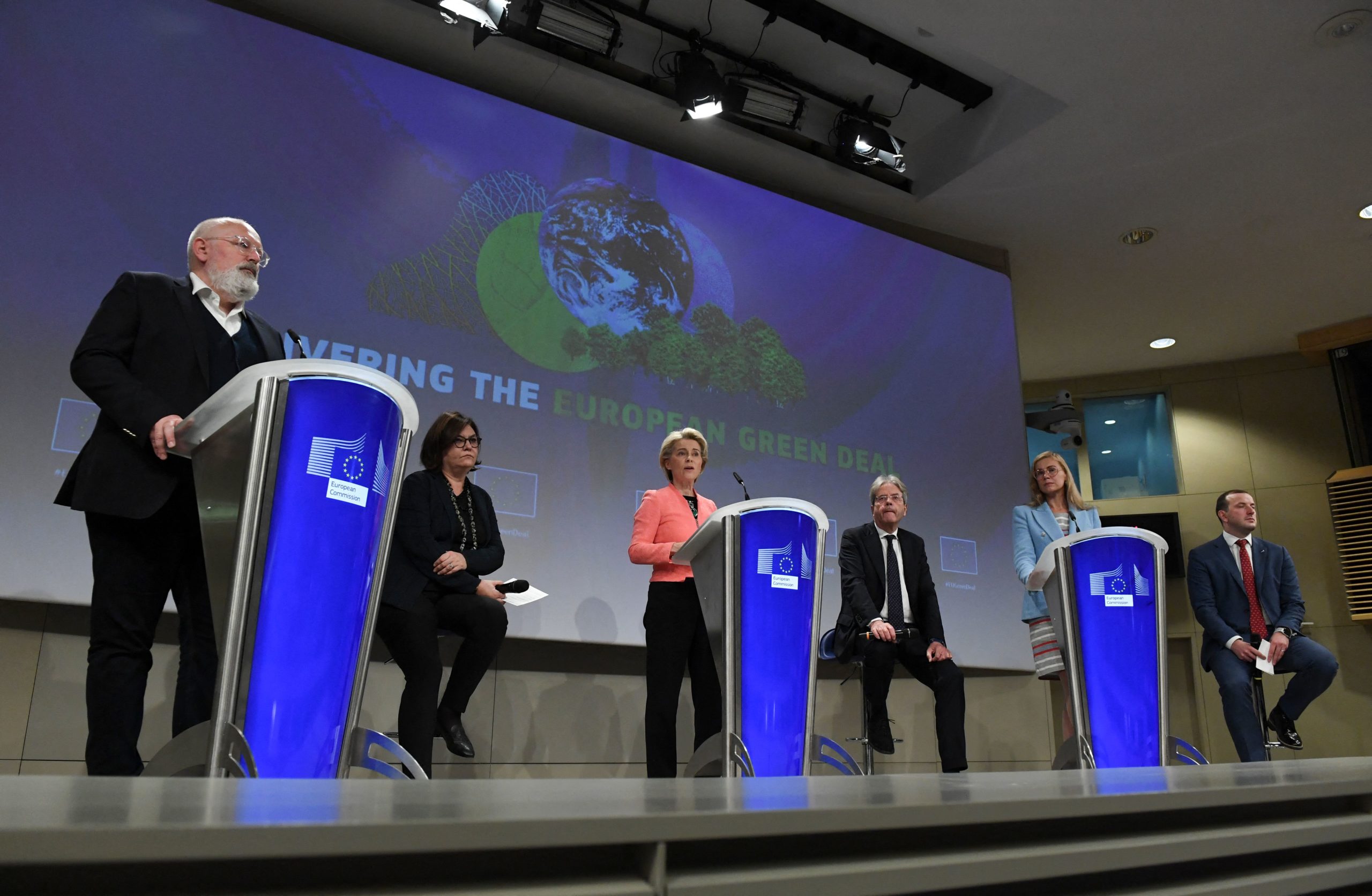 White House Climate Czar John Kerry recently said the U.S. is considering a similar tax, but that there were “some concerns” on its potential economic effect, the Associated Press reported.

The EU plan would also require all new cars to produce zero emissions by 2035 and all airports to provide sustainable “e-fuel,” a blend of synthetic low-carbon fuels. There would also be a limit on how much fuel ships could use.

In addition, the EU proposal would expand the EU’s Emissions Trading System (ETS), which is a system introduced in 2005 whereby companies are given a maximum emissions cap per year. If a company exceeds its cap, it may be subject to a large fine or purchase more emissions allowances from a separate company that is below the cap.

The maximum cap per company would be significantly reduced under the European Green Deal.

“Our efforts to tackle climate change need to be politically ambitious, globally coordinated and socially fair,” EU Commissioner for Economy Paolo Gentiloni said on Wednesday. “We are updating our two-decades old energy taxation rules to encourage the use of greener fuels and reduce harmful energy tax competition.”