The head of the Catholic Church announced Friday that he is tightening restrictions on traditional Latin masses, arguing that they have been “exploited” to cause divisiveness in the Church.

“An opportunity offered by St. John Paul II and, with even greater magnanimity, by Benedict XVI, intended to recover the unity of an ecclesial body with diverse liturgical sensibilities, was exploited to widen the gaps, reinforce the divergences, and encourage disagreements that injure the Church, block her path, and expose her to the peril of division,” Pope Francis wrote in the Motu proprio Traditionis custodes.

The move was greeted by many conservative Catholics as a reprimand to traditionalists from the pontiff. (RELATED: Three-Quarters Of Church-Going Catholics Say Politicians Who Back Abortion Shouldn’t Receive Communion, Poll Shows)

“The lack of mercy shown here toward traditional Catholics, Benedict XVI, and the young laity and clergy drawn to the Latin Mass is stunning,” warned EWTN’s Raymond Arroyo. “This will create the division that Francis claims to cure through this ill advised and destructive new law.”

The Latin mass was drawing young people into the church and making them excited about their faith. It’s a good thing Francis is shutting that nonsense down. We don’t want young, energetic people. Average age of any parish should be 75, at the youngest. Thank you Pope Francis!

The Catholic Church’s former pope, Benedict XVI, had issued a 2007 ruling that encouraged priests to offer the Latin mass if their parishioners requested it, Crux Now reported. The former pope’s ruling said that parishioners could go around the priest to the bishop or even the Vatican if the priest denied their request. (RELATED: FLASHBACK: Former Pope Benedict XVI Said Pro-Abortion Politicians Must Be Denied Communion)

This morning, like every other morning, for the good brothers, I offered the traditional Latin mass. And I will continue to do so until our blessed Lord calls me. pic.twitter.com/alRdEzYb1o

Before the former pope’s ruling, the Latin mass was not allowed to be on parishes’ normal Mass schedules and had to be requested of the bishop. (RELATED: White House Denies Report That Vatican Canceled A Meeting Between Biden And Pope Francis)

Benedict resigned as pope in February 2013, saying he no longer had the strength to continue leading the Catholic Church. The last pope to resign from the papacy was Gregory XII, who left the office in 1415. 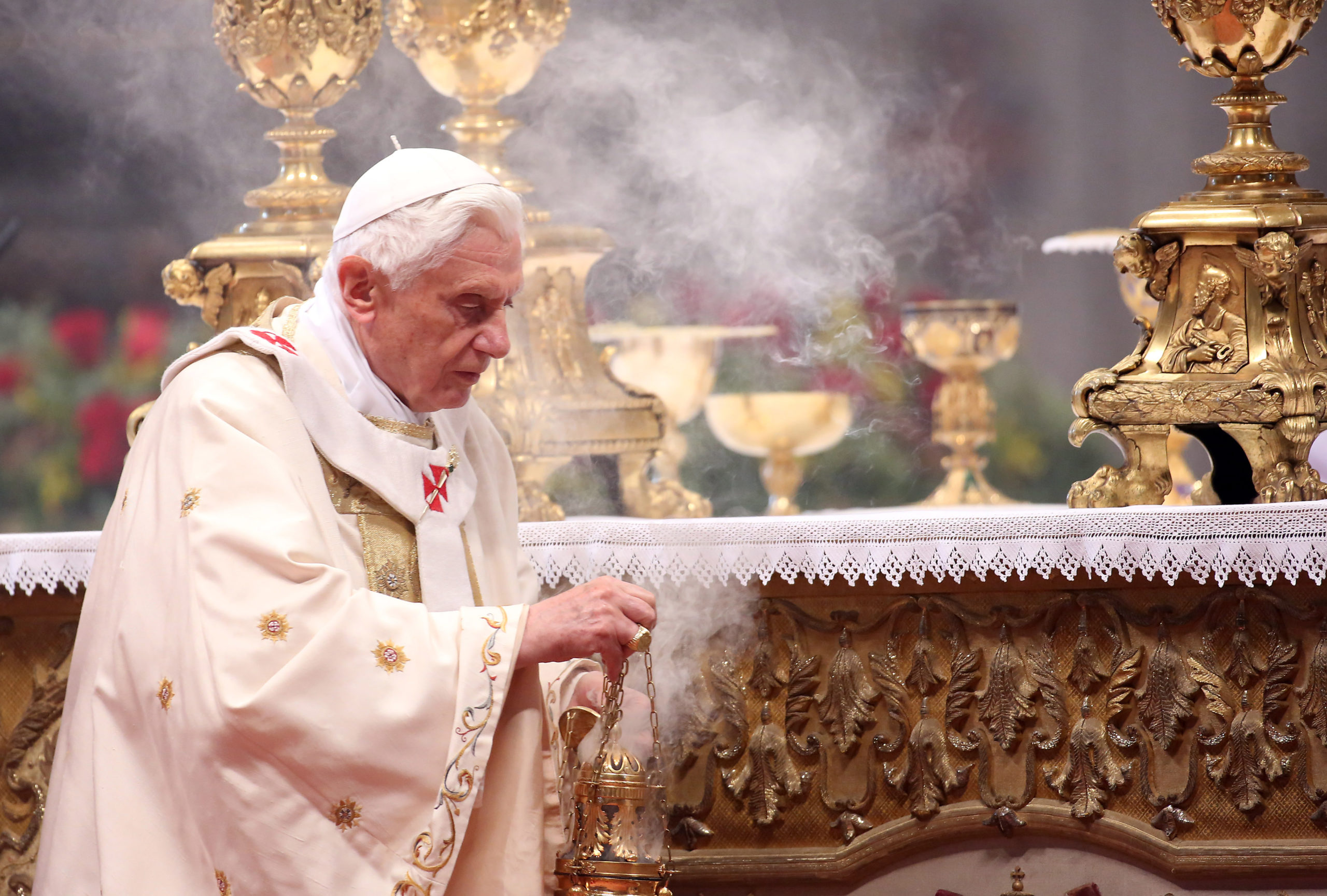 VATICAN CITY, VATICAN – NOVEMBER 25: Pope Benedict XVI attends a mass with newly appointed cardinals at the St. Peter’s Basilica on November 25, 2012 in Vatican City, Vatican. The Pontiff installed six new cardinals during his fifth concistory, who will be responsible for choosing his sucessor. (Photo by Franco Origlia/Getty Images)

“Ever more plain in the words and attitudes of many is the close connection between the choice of celebrations according to the liturgical books prior to Vatican Council II and the rejection of the Church and her institutions in the name of what is called the ‘true Church,’” Pope Francis wrote as justification for his announcement.

He continued: “One is dealing here with comportment that contradicts communion and nurtures the divisive tendency — ‘I belong to Paul; I belong instead to Apollo; I belong to Cephas; I belong to Christ’ — against which the Apostle Paul so vigorously reacted (1 Cor 1:12-13). In defense of the unity of the Body of Christ, I am constrained to revoke the faculty granted by my Predecessors.”