NBC Universal and its advertisers are becoming worried about the success of Olympic broadcasting as TV ratings plunge and star athletes struggle, Variety reported on Tuesday.

Despite beating competitors’ nightly program views, the Olympics are “clearly not what NBC, our agency or our clients were looking for,” an unnamed media buying executive told Variety. (China Seethes At NBC For Showing ‘Incomplete’ Map Missing Taiwan During Olympic Opening Ceremony) 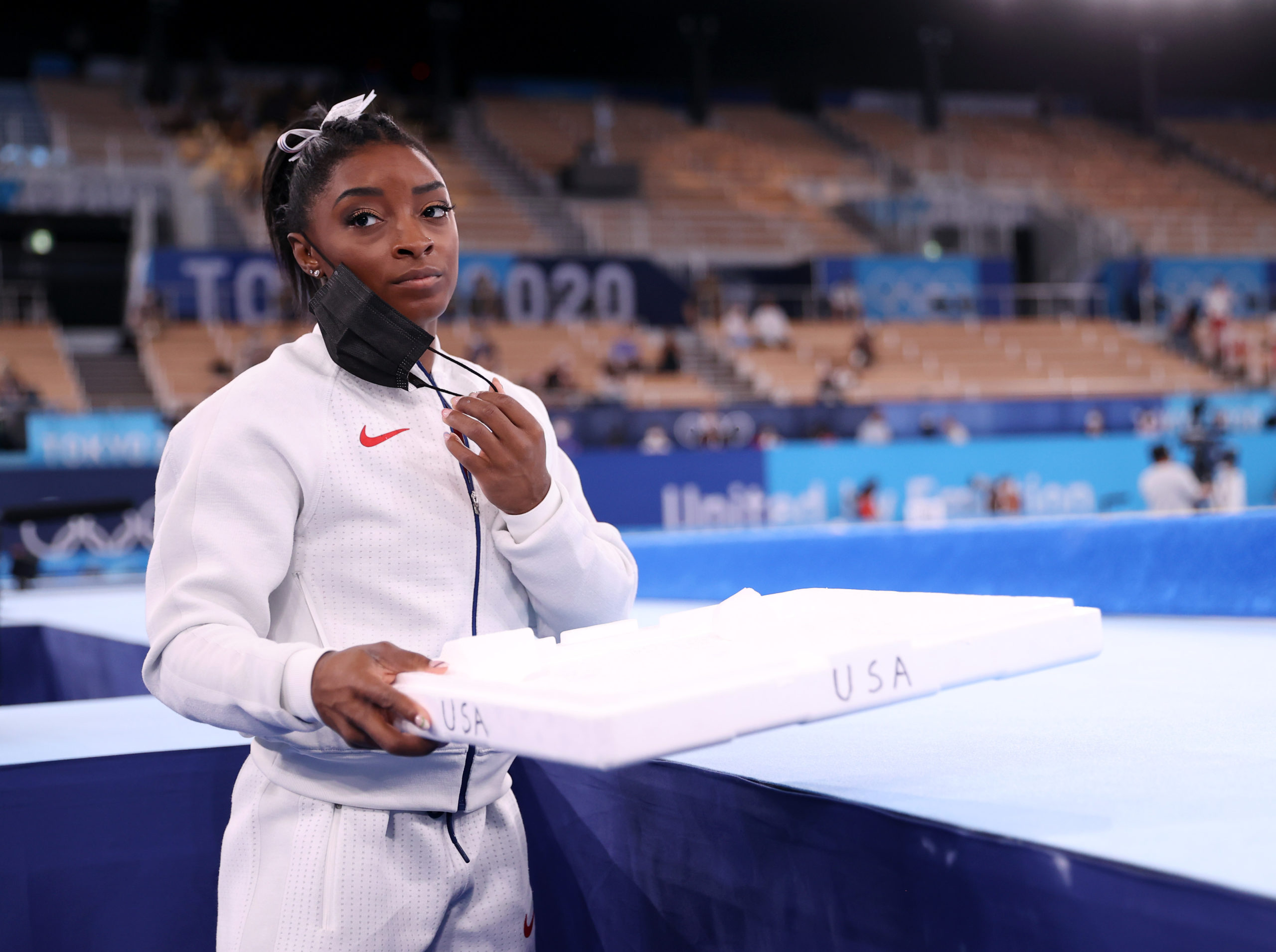 TOKYO, JAPAN – JULY 27: Simone Biles of Team United States supports her team mates by carrying their chalk after pulling out after the vault during the Women’s Team Final on day four on day four of the Tokyo 2020 Olympic Games at Ariake Gymnastics Centre on July 27, 2021 in Tokyo, Japan. (Photo by Laurence Griffiths/Getty Images)

The “disappointing” dip in views is due to a lack of athlete storylines, absence of spectators and early morning coverage through streaming, according to the executive.

Roughly 17 million viewers tuned in for Friday’s opening ceremony, which is down 36% from the 2016 Rio Olympic numbers, according to Nielsen, Variety reported.

While primetime broadcast numbers have increased since the opening ceremony, advertisers, who have spent more that $1.2 billion on the games, are concerned about the sharp decline in views compared to the 2016 Rio Games, Variety reported.

While Olympic viewership is down significantly, streaming activity on the NBC platform actually increased, Variety reported. Viewers have streamed 735 minutes of the Tokyo Olympics which is up 25% from the Rio Games and 41% from the 2018 Pyeongchang Winter Games.

NBC has encouraged advertisers to focus on end result data over short term dips in viewership, as popular events have yet to start and additional star athletes have yet to compete, Variety reported.