Democratic Gov. Andrew Cuomo is reportedly hiding in the governor’s mansion to create a strategy to save his political career, anonymous sources close to the Democrat told the New York Post Wednesday.

Cuomo reportedly met with close allies in Albany to strategize following the release of New York Attorney General Letitia James’ investigative report, which concluded that the governor sexually harassed multiple women during his administration, according to the NYP.

Jay Jacobs, state Democratic Party chairman and longtime ally of Cuomo, reportedly begged the governor on Tuesday to resign after the release of the report, according to the NYP.

“I was trying to encourage him to step down,” Jacobs said, according to the NYP. “That’s not his mindset at the moment.” 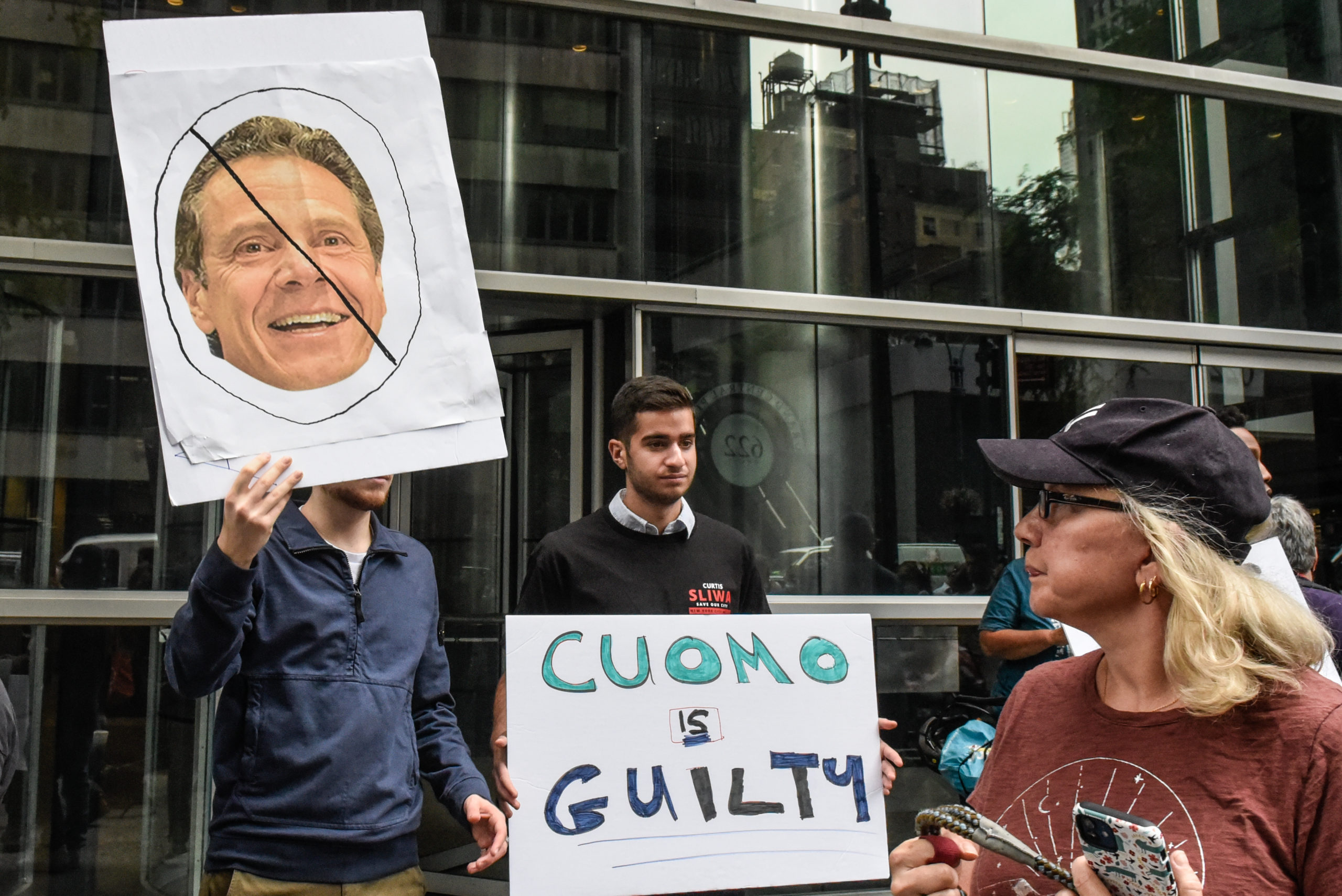 People participate in a protest against N.Y. Governor Andrew Cuomo and protest for a moratorium on evictions on August 4, 2021 in New York City.  (Photo by Stephanie Keith/Getty Images)

The governor denied any wrongdoing shortly after James’ press conference, arguing that some of the accusations, such as hugging or kissing women on the cheek or forehead, were simply a way he routinely greeted people.

“I do it with everyone. Black and white, young and old, straight and LGBTQ, powerful people, friends, strangers, people who I meet on the street,” Cuomo said as he shared a slideshow of photos of himself touching and kissing men, women and children. (RELATED: Cuomo’s Signature On Document Attesting He Took Sexual Harassment Training Course Was Fabricated, Aide Admits)

Cuomo also reportedly worked with his advisors to prepare a second press conference to further address the allegations, but it didn’t happen because the governor’s team couldn’t agree on an exact message or format, according to The Wall Street Journal.

Many Democrats within the state have called on Cuomo to resign including New York City Mayor Bill de Blasio. De Blasio called Cuomo a “narcissist” Thursday and said he is stifling New York’s pandemic recovery by staying in office despite the attorney general’s findings that he sexually harassed 11 women.

“It’s hurting the people in New York state and New York City — there’s no question,” de Blasio said in his daily briefing on Aug. 5. “You know, a guy who spends 11 hours having to testify about his sexual harassment and assaults is not a guy who’s focusing on just fighting COVID or getting us federal aid or getting rent relief money to people who need it.”