Vice President Kamala Harris blamed negative press coverage on media outlets for not properly understanding her “depth and thought,” according to a Thursday article in The Atlantic.

The article describes Harris as the likely successor to President Joe Biden, the oldest president who has ever served, who may decide not to run again in 2024. The problem is her approval rating, which sits at 45% – seven points lower than Biden’s. Many Democrats question Harris’ ability to defeat former President Donald Trump or one of the other Republicans who may run in the next election.

One senior White House official told The Atlantic that Harris was struggling in approval ratings because “vice presidents aren’t as known,” but the outlet found that her approval ratings were lower than Biden, Dick Cheney, and Al Gore during the same point in their vice presidencies. (RELATED: Still No Press Conference — 50 Days Since Kamala Harris Was Named ‘Border Czar’)

“The simplest explanation for the Biden-Harris approval gap is sexism and racism,” The Atlantic article said. “Men view Harris unfavorably by an 18-point margin, and she is a convenient proxy for conservative pundits who have demeaned her through sexist tropes.” 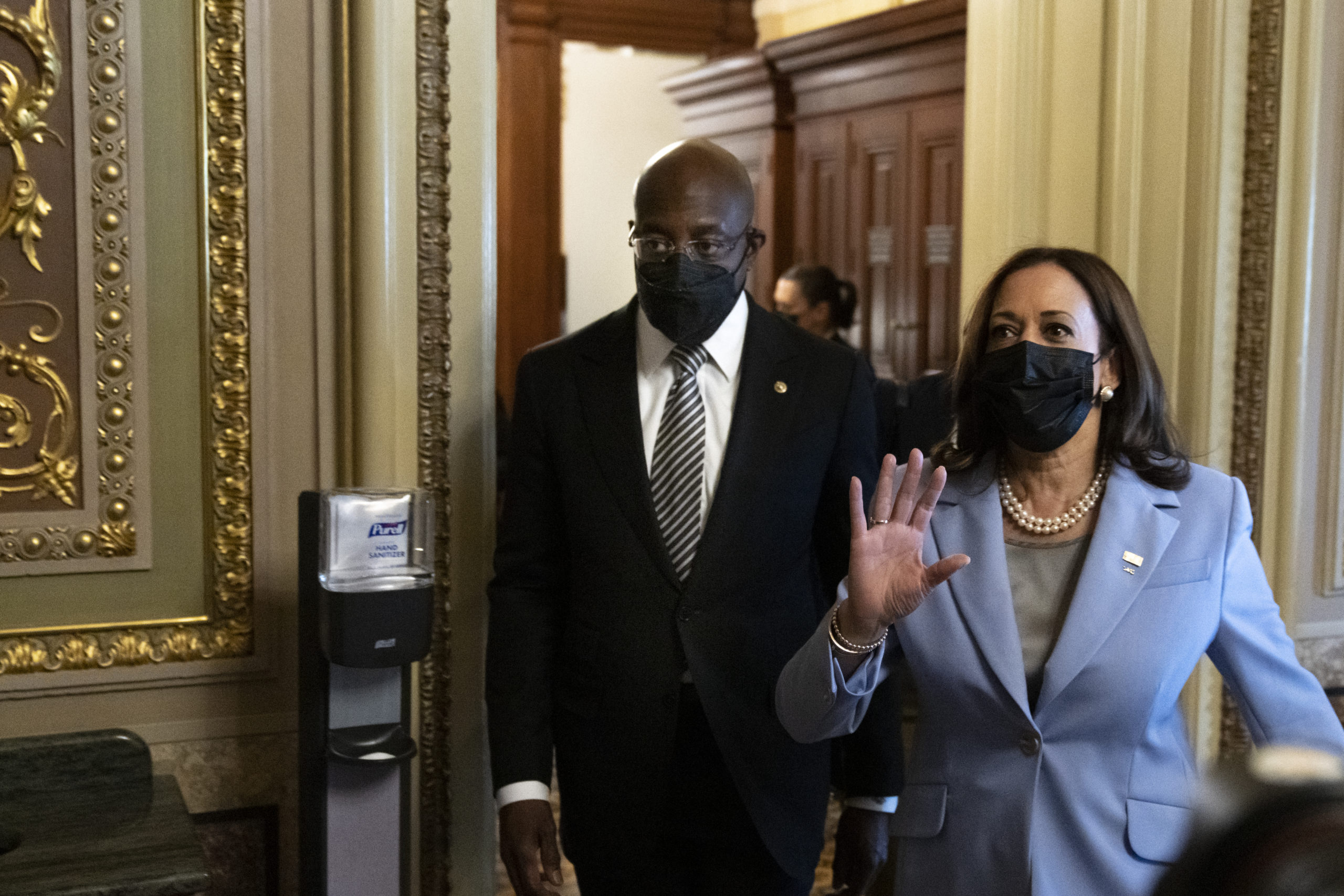 Patti Solis Doyle, who managed Hillary Clinton’s campaign in 2008, said that Harris has not performed any worse than other vice presidents in recent history, but added that “there is just a different standard for a woman in politics.” Others said that being assigned the task of dealing with the border – which the article calls “perhaps the most polarizing issue in politics” – also hurt her chances of high approval ratings.

Harris said in the article that the media’s portrayal of her is frustrating to deal with.

“Part of my frustration is the way that this system rewards sound bites” instead of “depth and thought,” she said. However, as the article pointed out, she’s not above using sound bites in her favor. After she went after Biden over the issue of bussing during a debate in 2019, she sold t-shirts emblazoned with the phrase, “that little girl was me.”

Axios reported Thursday that political operatives attended a dinner where they hatched a plan to “make sure the press knows” about alleged sexist overtones in the media coverage of Harris. Coverage of the vice president had been so negative that Biden senior adviser Cedric Richmond alleged that there was “a whisper campaign designed to sabotage” Harris, Axios reported.