Facebook has been courting partnerships with religious groups in hopes of becoming their virtual home, the New York Times reported in late July. Experts and religious leaders told the Daily Caller News Foundation that the social media platform’s interest in shaping the future of religious experience should be closely monitored to protect religious freedom.

“I just want people to know that Facebook is a place where, when they do feel discouraged or depressed or isolated, that they could go to Facebook and they could immediately connect with a group of people that care about them,” Nona Jones, a nondenominational minister and Facebook’s director for global faith partnerships, told the Times.

“There’s a sense in which Facebook is a perfect fit for the protestant mega-church experience,” Dr. Chad Pecknold, associate professor of Theology at the Catholic University of America, told the DCNF. “The horizontal emphasis on inter-personal ‘connection,’ the media-intensive experience of worship that entertains, and that generates income for mega-churches is not so different from Facebook itself.” 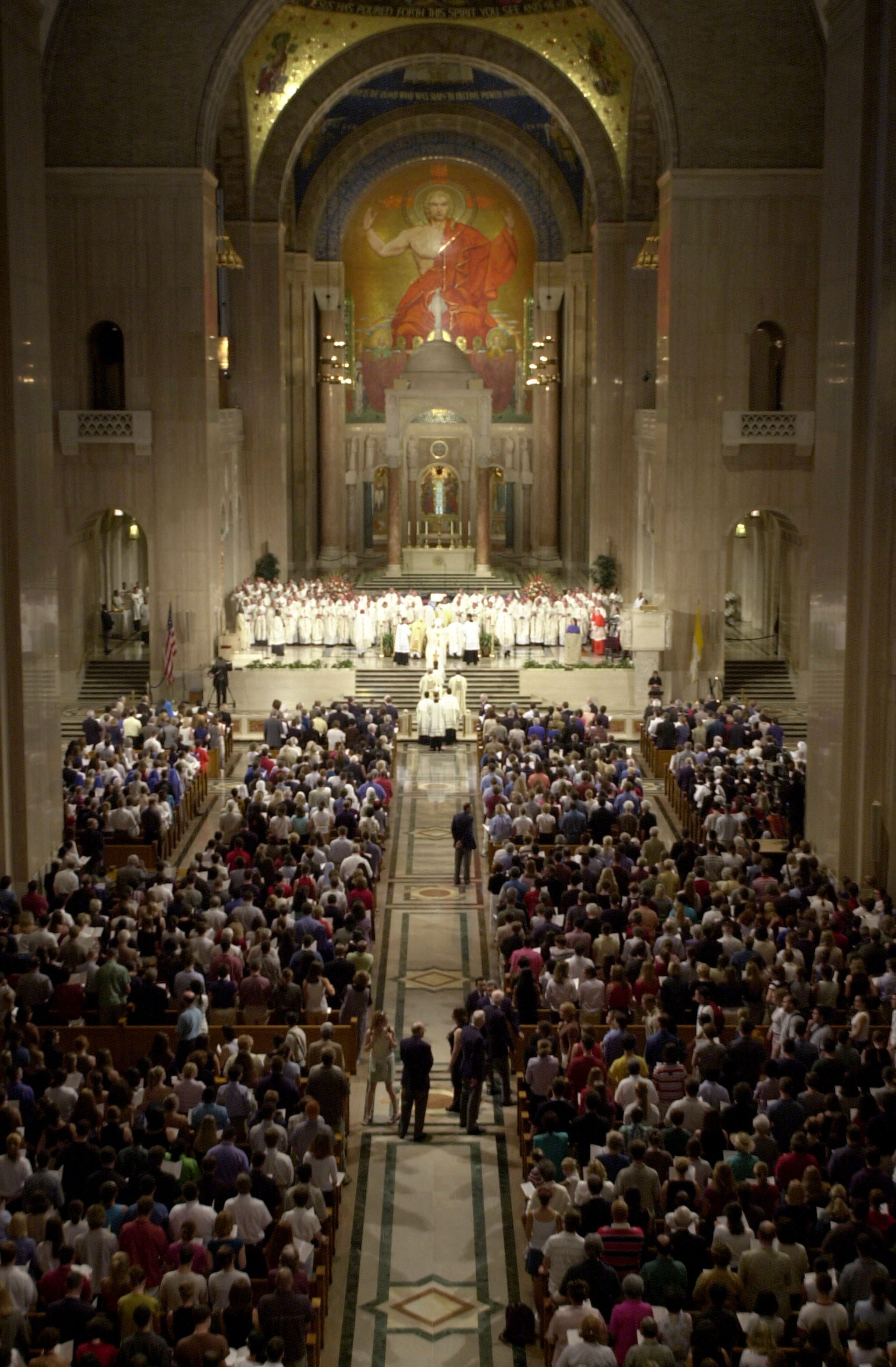 Thousands attend a noon Mass at the Basilica of the National Shrine of the Immaculate Conception September 11, 2002 in Washington, D.C.  (Photo by Stefan Zaklin/Getty Images)

But Pecknold warned that Facebook’s “partnership” with religious groups could have a more ominous side as well. (RELATED: Here’s How The DOJ Has Fought Against Orders Limiting Religious Services During The Pandemic)

“What’s concerning here is that Facebook is far more powerful than mega-churches who will rely on their social network, and so in thousands of ways, it will be the medium of Facebook rather than the Bible, or the sacraments, or the liturgy of the ancient Church, which will form people’s faith,” Pecknold said.

“The ‘partnership’ is really just another way of crowning Big Tech with the power of both throne and altar,” the professor added.

A Potential Hitch In Facebook’s Plans?

These standards include guidelines for objectionable content and hate speech, defined as “a direct attack against people … on the basis of what we call protected characteristics: race, ethnicity, national origin, disability, religious affiliation, caste, sexual orientation, sex, gender identity and serious disease.”

“We define attacks as violent or dehumanizing speech, harmful stereotypes, statements of inferiority, expressions of contempt, disgust or dismissal, cursing and calls for exclusion or segregation,” the guidelines say. “We also prohibit the use of harmful stereotypes, which we define as dehumanizing comparisons that have historically been used to attack, intimidate, or exclude specific groups, and that are often linked with offline violence.”

Facebook’s guidelines may potentially become a hitch in its dealings with religious groups when it comes to hot button issues like homosexuality and gay marriage. Conservative Partnership Institute senior director of policy Rachel Bovard specifically flagged the issue of abortion in talking to the DCNF, noting that Facebook has censored pro-life content from organizations like Live Action and the Susan B. Anthony List.

“It’s increasingly obvious that Facebook has evolved from a picture sharing site into a critical avenue for community engagement,” Bovard said. “But Facebook is not values-neutral. Its ever evolving definitions of misinformation, hate speech, and imminent harm could easily put Facebook in the driver’s seat when it comes to curtailing both religious content and the reach of churches.”

“What happens when pro-life messages are preached from the pulpit and streamed live on Facebook?” she asked. “I would caution any church that makes Facebook key to its outreach. The platform can and will control the reach of content, altering and distorting it to fit their needs, not the needs of the church. Facebook doesn’t respect America’s First Amendment traditions, why would anyone expect Facebook to respect religious liberty?” 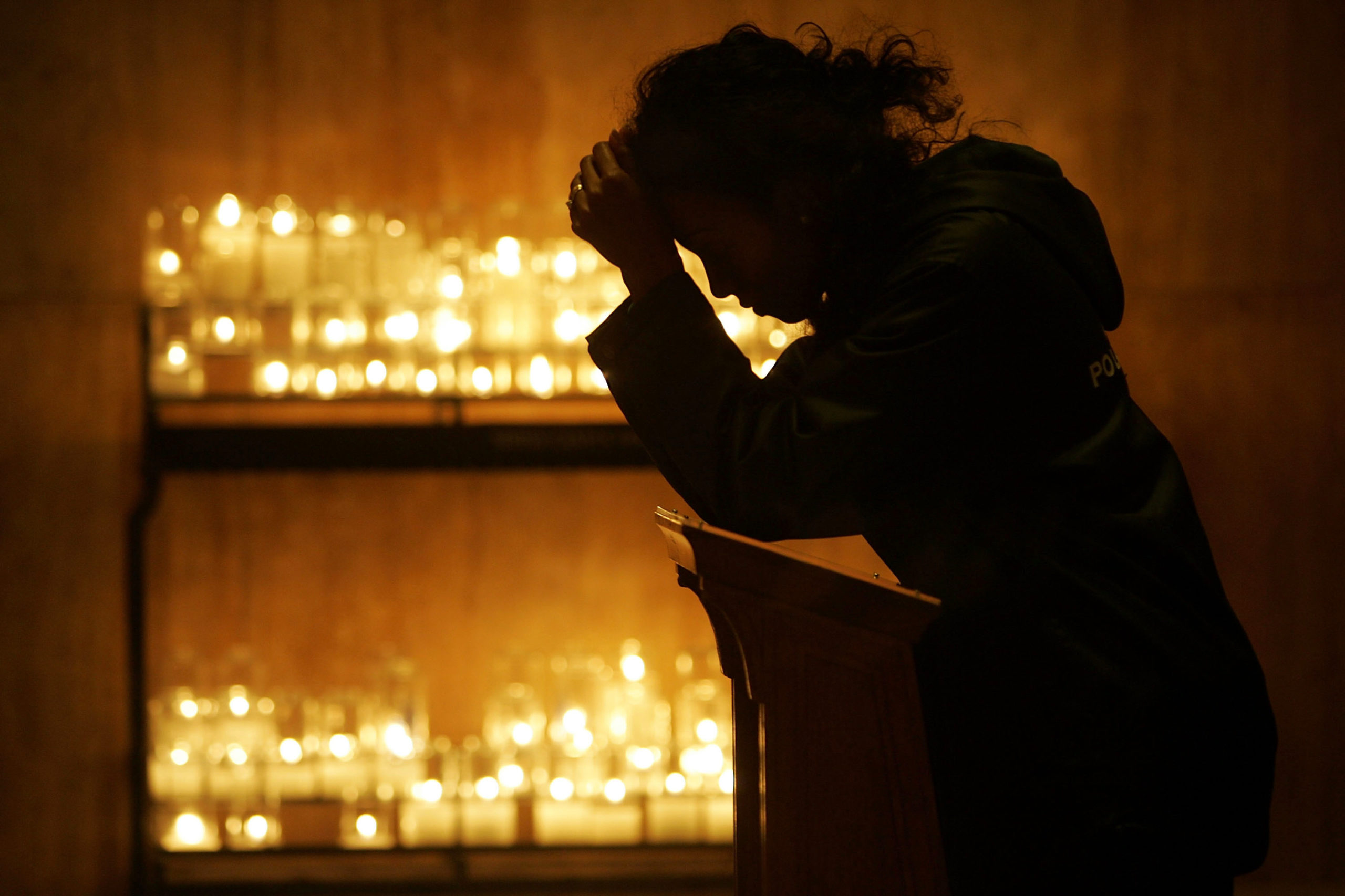 Eyerusalem Solomon of Tacoma Park, Maryland, prays for Pope John Paul II in the Basilica of the National Shrine of the Immaculate Conception March 31, 2005 in Washington, D.C. (Photo by Joe Raedle/Getty Images)

Spokeswoman Jen Ridings told the DCNF that Facebook “can’t speak to hypotheticals.” While Facebook values discussion, she said, it draws the line at posts that amount to hate speech as defined by Facebook.

Religious leaders have praised Facebook’s efforts to expand communication for religious groups, particularly throughout the pandemic, as lawmakers imposed COVID restrictions banning in-person worship. In many parts of the country, religious Americans were unable to worship in person for several months.

Catholic Bishop Robert Barron, founder of the popular Word On Fire ministry, told the Times that Facebook “gave people kind of an intimate experience of the Mass that they wouldn’t normally have.” The bishop declined to offer further comment to the DCNF, but his spokesman Will Sipling said the bishop is “concerned with mass communication and social media, and how these systems can be used for both positive and negative effects.”

While other religious leaders are thankful for the opportunities that Facebook offers religious communities, they are vigilant about protecting their freedom to express their beliefs. (RELATED: Here’s Why Media Calls Biden A ‘Devout Catholic’ According To Theologians, Commentators)

“The Church is the ‘pillar and support of the truth,’ and it has grown without Facebook for 2,000 years,” Christian entrepreneur David Benham told the DCNF. “If Facebook will not censor or silence biblical truth … more power to the platform.”

But the outspoken Christian leader, who gained media attention after he and his twin brother Jason Benham’s HGTV reality show was canceled for their religious views, expressed doubt that Facebook would protect religious freedom.

He emphasized that “the key is” whether large religious organizations like Hillsong Church will then “self-censor the truth to stay on the platform.”

“I pray not,” he said. (RELATED: ‘I Felt A Real Pain In My Heart For My Country’: David Benham Arrested Outside NC Abortion Clinic Over Coronavirus Orders)

Franklin Graham, president of Samaritan’s Purse and the son of the late evangelical leader Billy Graham, told the DCNF that there is “no question” that Facebook “has given Christians great opportunities to share the love of Jesus Christ.”

“It has also given us unique opportunities to connect with millions of other believers around the world in a way that otherwise would not have been possible,” the evangelist and missionary said. “I am deeply grateful for this platform to communicate.” 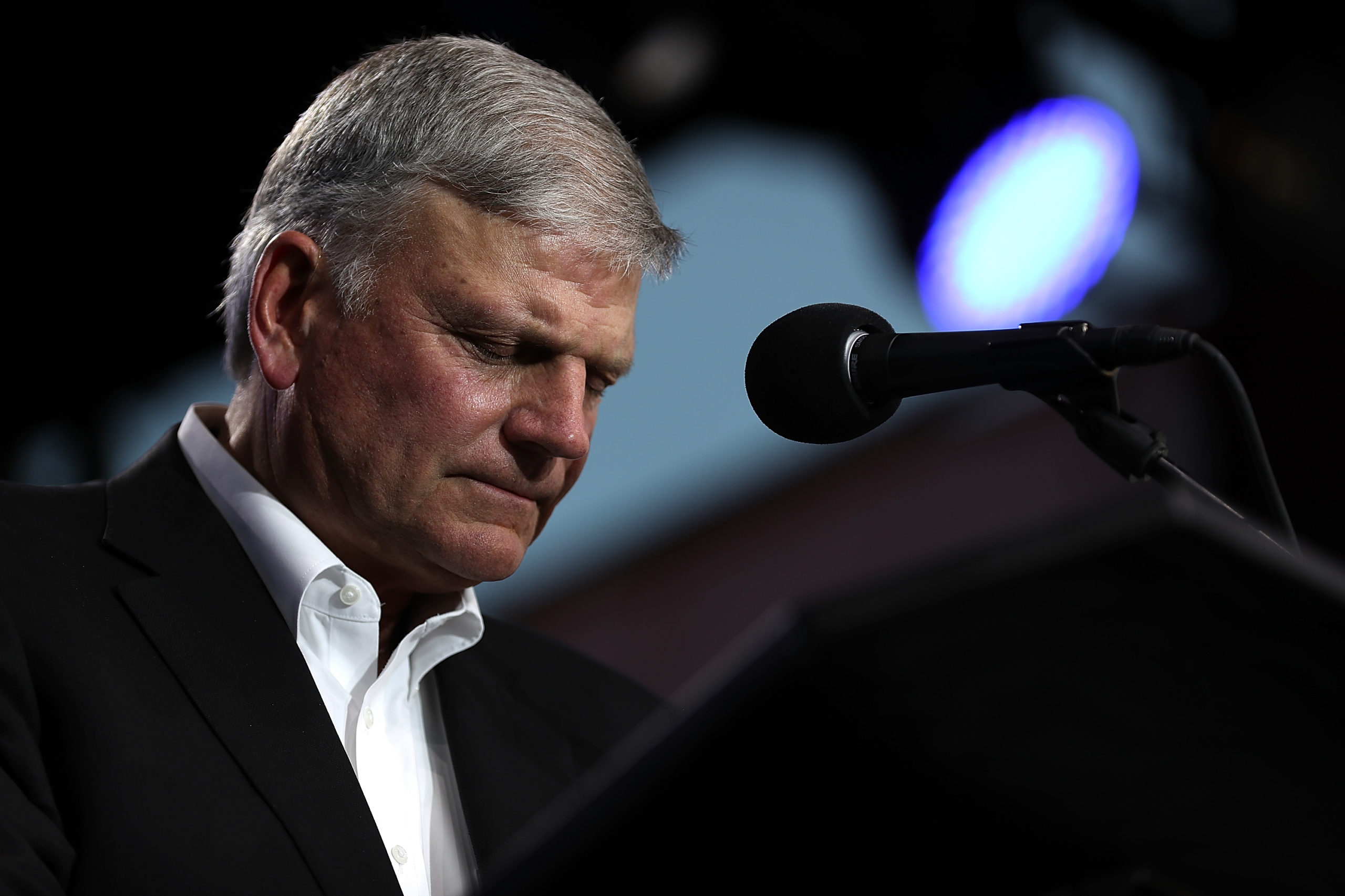 Graham encouraged Facebook to “demonstrate a continued commitment to freedom of speech and religious freedom by allowing various religious beliefs to be fully expressed, even when they’re not popular.”

“Remaining responsive to our concerns and providing a platform where Christians and others can share their beliefs without fear of restriction, marginalization, suppression or data exploitation is critical to maintaining trust,” he said.