The Native American population surged by over 27% in the last decade as the group’s numbers continue to recoup after almost being purged from the country centuries ago, according to the U.S. Census.

Those who solely identify as Native American or Alaska Native increased by 27.1%, or 3.7 million people, compared to the previous census in 2010. They now represent 1.1% of the U.S. population, compared to 0.9% ten years ago, Axios reported.

The increase reflects the gradual rebuilding of the Indigenous community in America after decades of mass extermination that many historians consider to be genocide. The Native American population had fewer than 250,000 people before the 20th century, but has continued to increase in numbers since 1890, Axios reported.

A total of 9.7 million people identified as Native American or Alaska Native in addition to another race, representing a 160% increase, Axios reported.

The numbers mean the Indigenous population will have more votes to cast when it comes to American elections. In Arizona, approximately 60,000 votes from Native Americans were cast in the 2020 presidential election, compared to 42,500 in 2016, the Associated Press reported.

President Joe Biden won Arizona by about 10,500 votes, becoming the first Democratic presidential candidate to win the state since 1996. He nominated Deb Haaland, a member of New Mexico’s Laguna Pueblo, for secretary of the interior, making her the first Native American to hold the position upon her confirmation in March. 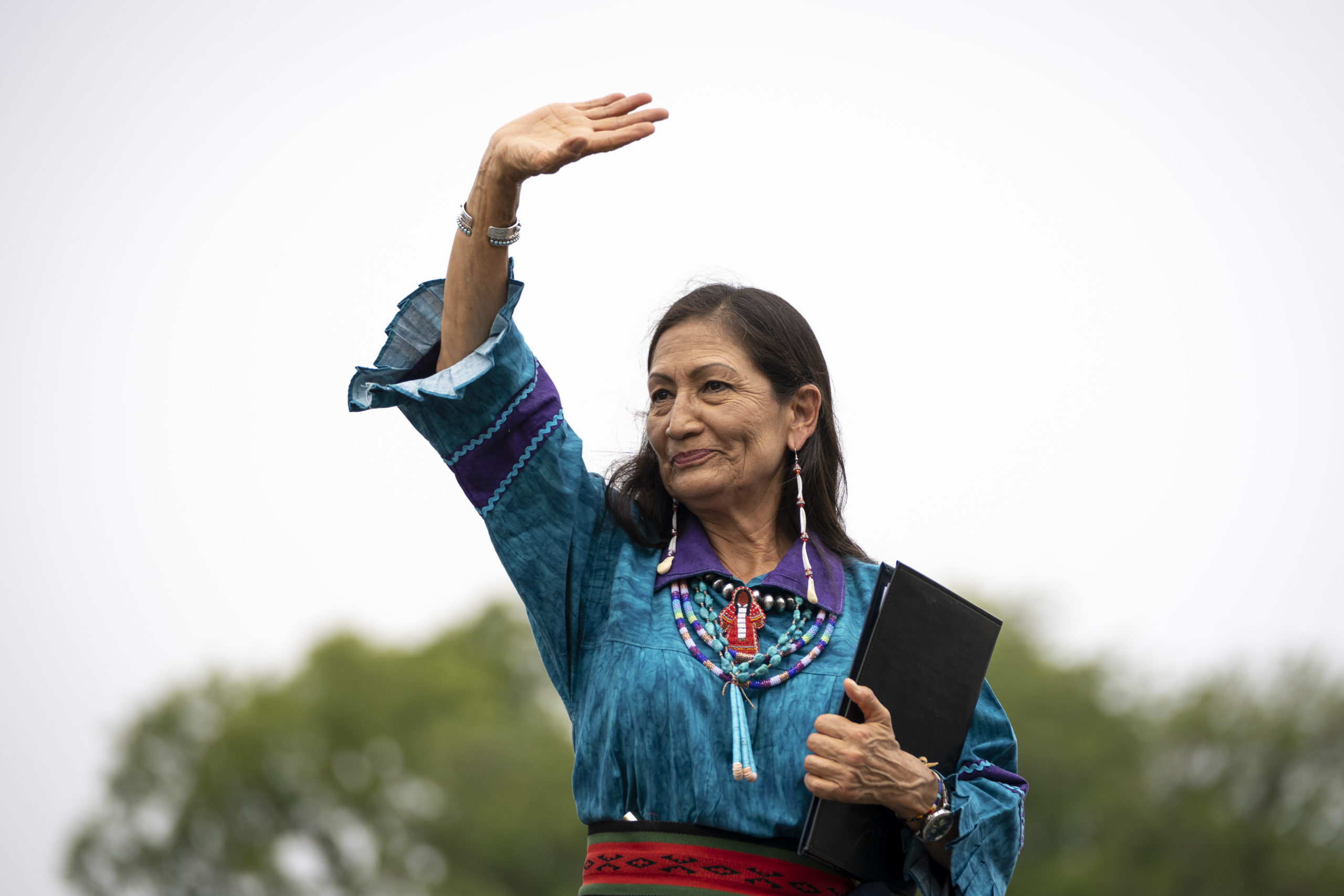 Secretary of the Interior Deb Haaland waves to the crowd after speaking during a welcome ceremony for a totem pole carved by the House of Tears Carvers of the Lummi Nation, on the National Mall July 29, 2021 in Washington, DC. (Photo by Drew Angerer/Getty Images)

Alaska recorded the largest percentage of Native Americans or Alaska Natives in its population with 15.2%, while New Mexico ranked second with 10%. (RELATED: ‘Egregious And Insulting’: Don Lemon Battles With Chris Cuomo For Bringing Rick Santorum On His Show)

“The numbers really do reflect the diversity that we’re seeing today in the real world and in Indian Country. So we’re very pleased with it,” Yvette Roubideaux, a member of the Rosebud Sioux Tribe and vice president for research and director of the policy research center at the National Congress of American Indians, told Axios.

Roubideaux added she thinks the count might be under-representing the community because of “privacy measures” and the ongoing COVID-19 pandemic.

Minorities in America across the board saw an increase in numbers, with the Asian population growing by about 36%, the Black population by 6%, and the Hispanic population by 23%, the New York Times reported. The white population in the country decreased for the first time in history, experiencing a drop of 2.6%.

“This is a pivotal moment for the country in terms of its diversity,” William Frey, chief demographer at the Brookings Institution, told the New York Times.

“Part of our population is aging and slow growing. To counter that, we have people of color who are younger and growing more rapidly. They are helping to propel us further into a century where diversity is going to be the signature of our demography,” he said.