President Joe Biden’s average approval rating has dipped below 50% for the first time since taking office.

His approval stands at 49.8% in FiveThirtyEight’s tracker and 49.4% in RealClearPolitics’ average. While Biden’s approval rating still is higher than the 44% and 46.8% who disapprove in each average, it has steadily declined since May 25.

Biden has been plagued with multiple challenges since late May, including the resurgence of coronavirus cases driven by the Delta variant and the sudden fall of the Afghan government to the Taliban. He has also been met with rising crime, growing concerns over inflation and a decades-high surge of migrants at the southern border. 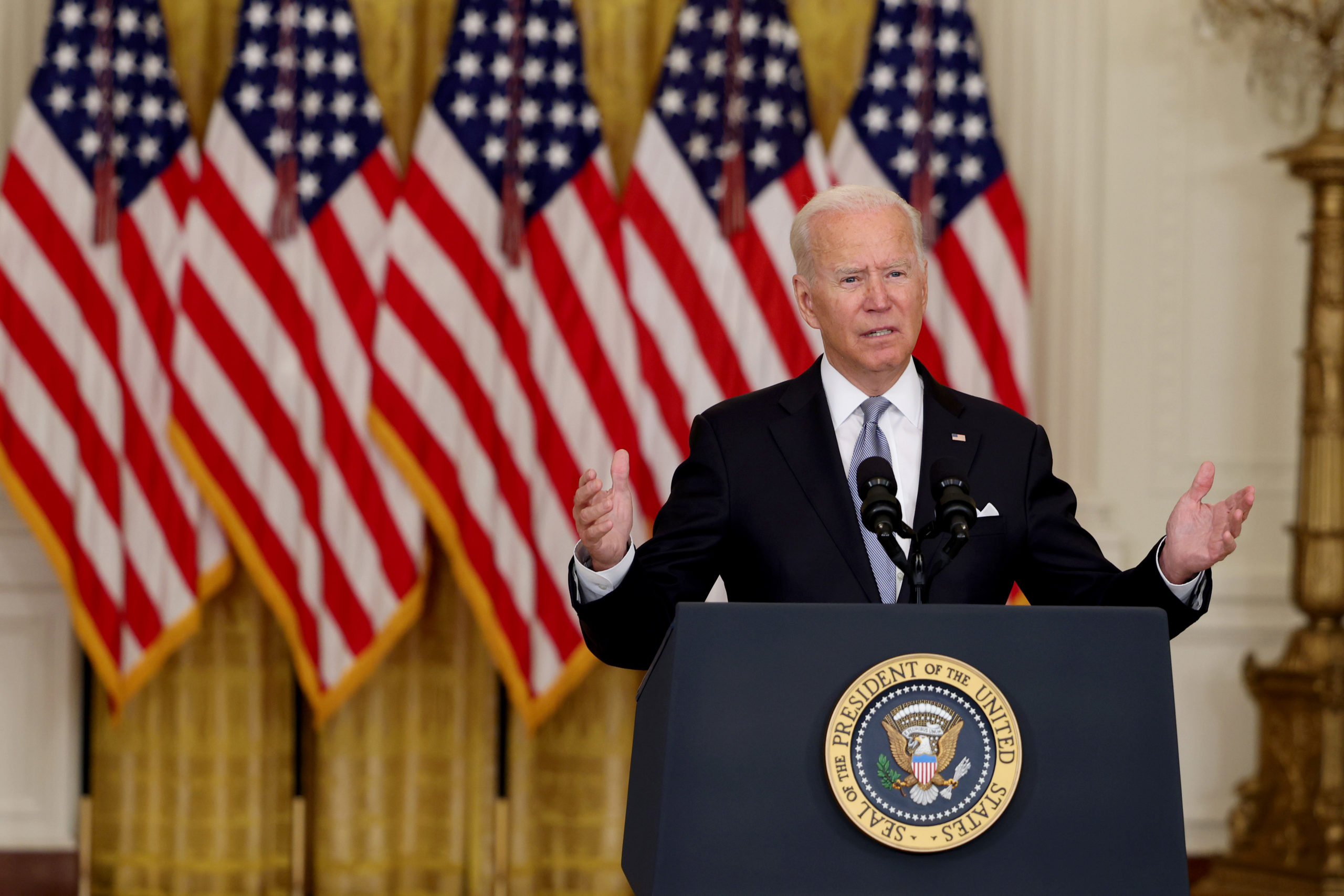 President Joe Biden gives remarks on the Afghanistan withdrawal from the East Room of the White House on Monday. (Anna Moneymaker/Getty Images)

While Biden’s approval has dipped, it has hovered between 50% and 55% for most of his presidency. Both former Presidents Barack Obama and Donald Trump had extremely stable ratings for the majority of their terms, with Obama often averaging between 45% and 50% and Trump averaging between 40% and 45%. (RELATED: Biden Defends Afghanistan Strategy, Deflects Blame Over Taliban Takeover)

“We don’t know the range in which Biden’s approval will ultimately settle, but if the past two presidents are any indication, it’ll be a narrow one,” wrote FiveThirtyEight analyst Geoffrey Skelley, noting how Americans are hyperpolarized and are more frequently basing their opinions off the “R” or “D” next to a politician’s name.

Biden has also faced several legislative victories in Congress, which could have the potential to give him a boost. The Senate last week passed both an infrastructure bill with 69 votes and Democrats’ $3.5 trillion budget that would address much of his agenda, and polls show that both are popular with the majority of Americans despite their collective nearly $5 trillion cost.