Thirteen members of the East Harlem “Chico Gang” were indicted for 21 shootings with 12 victims — four of whom were unintended — according to a press release from the office of Manhattan District Attorney Cyrus Vance Jr. 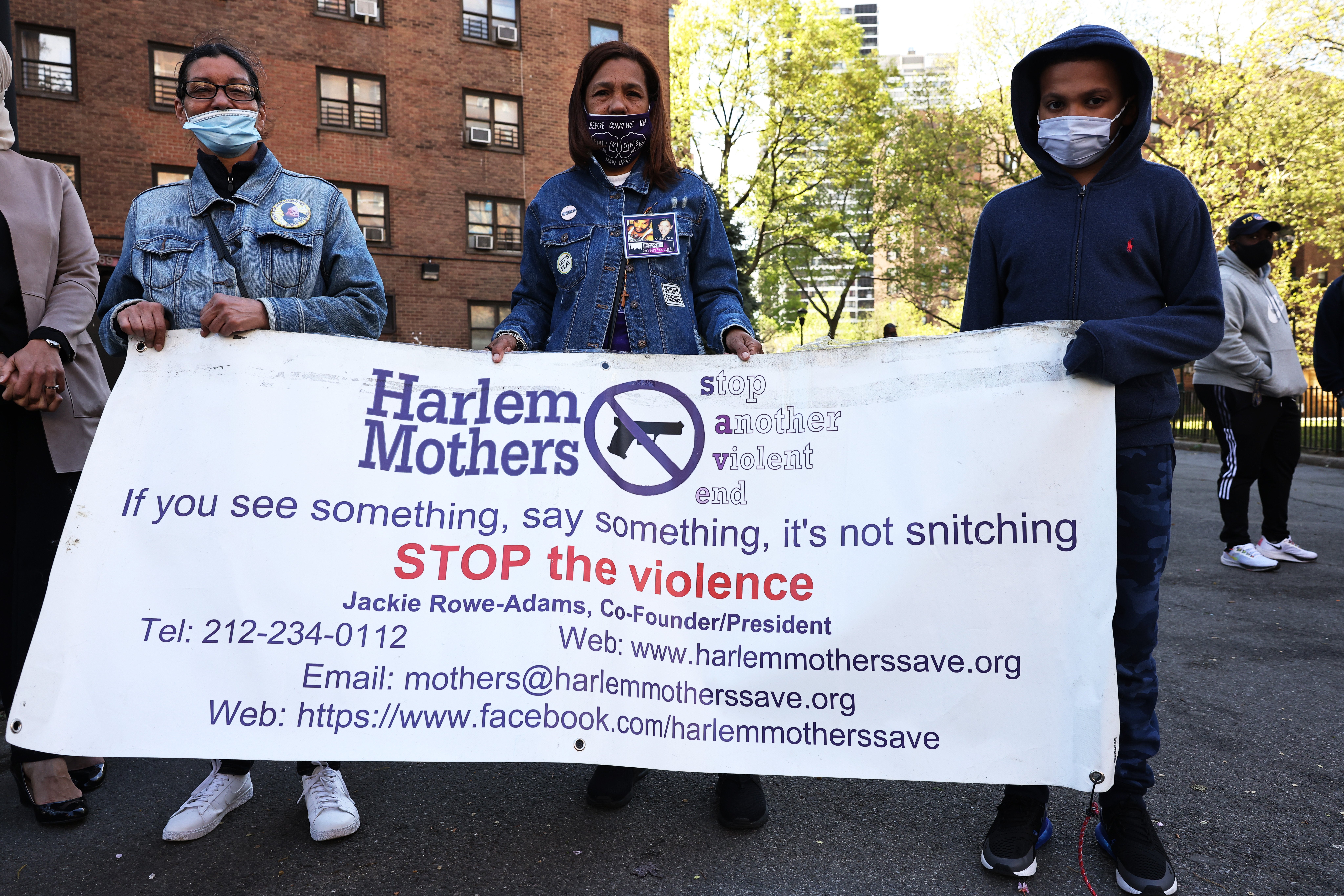 NEW YORK, NEW YORK – APRIL 30: Margie Rodrigues, Milagros Ortega and Gino Myers, 10, hold a banner as they join others before a peace walk to denounce the rise of gun violence in the city in the Harlem neighborhood on April 30, 2021, in New York City. (Photo by Michael M. Santiago/Getty Images)

“This indictment is one part of our work to break the cycle of violence gripping East Harlem, as teens are recruited to take the place of older gang members and continue their bloody rivalries,” Vance said, according to the press release.

“The arrests of these gang members were specifically targeted to remove the drivers of this gang violence from our streets. The Chico gang has carried on senseless rivalries targeting other gangs with innocent members of the community – including children – being caught in the crossfire. It has to stop,” New York Police Commissioner Dermot Shea stated, according to the press release.

Democratic Mayoral Nominee Eric Adams recently argued that Democrats should focus on going after handguns instead of assault weapons in order to stop the increasing violence in New York City. Meanwhile, Republican Mayoral Candidate Curtis Sliwa blamed progressives for ruining the “quality of life” in the city and the crime spike. (RELATED: ‘No One Seems To Care’: Democratic NYC Mayoral Nominee Eric Adams Rips Cuomo’s Plan To Stop Gun Violence Without Addressing Gangs)