Apple and Google might change their app store business practices because of a new South Korean law similar to recent legislative efforts by U.S. lawmakers.

The new law would prohibit app stores, including Apple’s App Store and the Google Play Store, from forcing developers to use the tech giants’ payment systems, The Wall Street Journal reported. The bill, passed by South Korea’s National Assembly, will become law once signed by President Moon Jae-in.

The Korean bill is similar to a bipartisan bill introduced by Sens. Richard Blumenthal, Amy Klobuchar, and Marsha Blackburn to the U.S. Senate earlier this month that seeks “to promote competition and reduce gatekeeper power in the app economy, increase choice, improve quality, and reduce costs for consumers.” Both bills prevent app stores from requiring the use of their billing systems and take aim at the tech giants’ commission structure.

Google and Apple currently collect a 30% commission on in-app purchases through their current billing systems. Under the new South Korean legislation, app makers could use alternative payment methods to circumvent these costly systems. 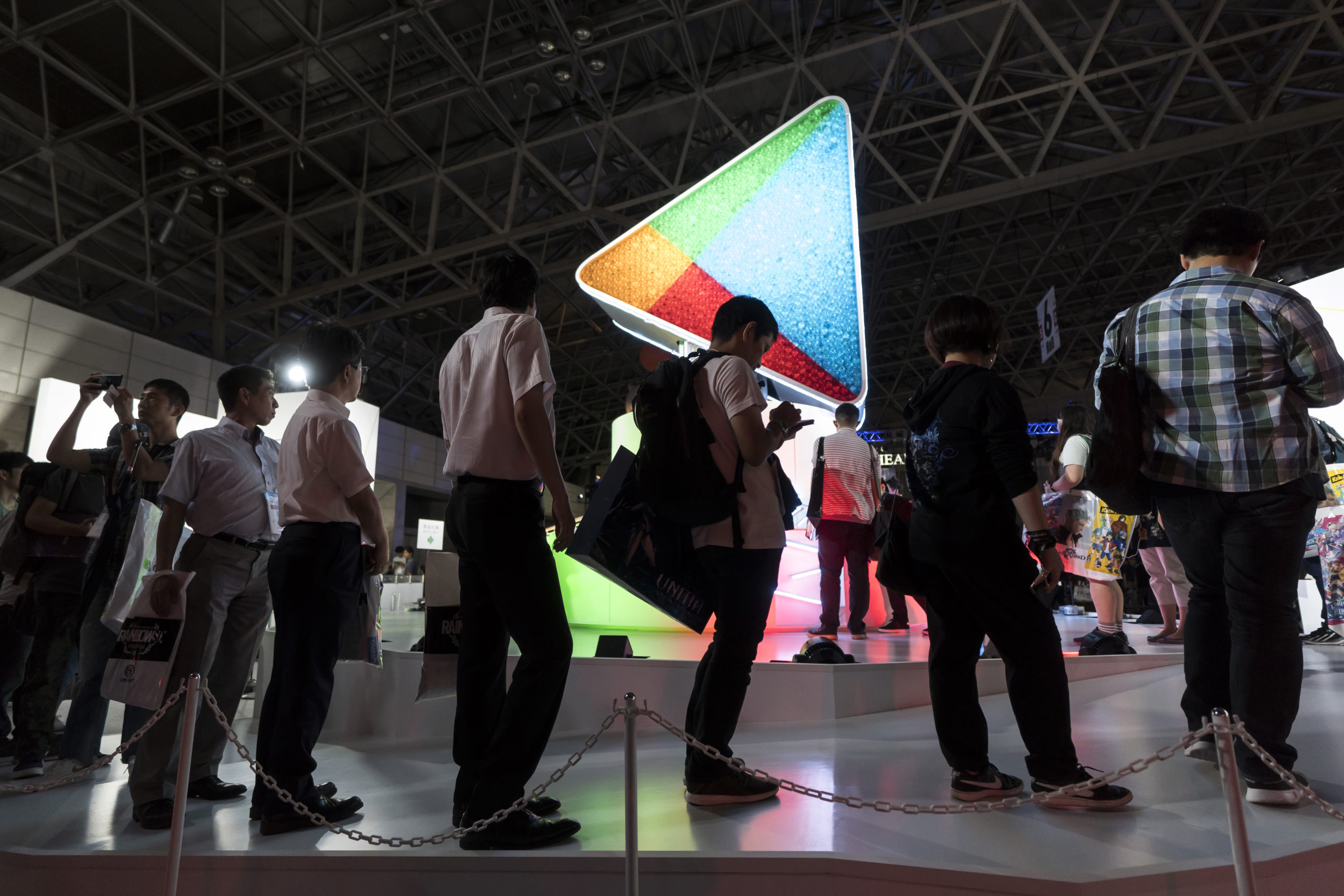 Attendees stand in front of the Google Play booth during the Tokyo Game Show 2018 on September 20, 2018 in Chiba, Japan. (Photo by Tomohiro Ohsumi/Getty Images)

Google defended its commission structure in a statement to the Daily Caller News Foundation.

“Google Play provides far more than payment processing, and our service fee helps keep Android free, giving developers the tools and global platform to access billions of consumers around the world,” a Google spokesperson told the DCNF. “We’ll reflect on how to comply with this law while maintaining a model that supports a high-quality operating system and app store, and we will share more in the coming weeks.”

Apple and Google may face fines of up to three percent of their South Korean revenue if they do not comply with the new legislation, Chairman Hang Sang-hyuk of the Korea Communications Commission told the WSJ. (RELATED: How Can Antitrust Lawsuits Against Big Tech Succeed?)

Apple did not immediately respond to DCNF’s request for comment, but it told South Korea’s Yonhap News last week that it predicts the new law “will put users who purchase digital goods from other sources at risk of fraud, undermine their privacy protections and make it difficult to manage their purchases.”

State attorneys general and lawmakers in the U.S. took aim at Apple and Google’s app store practices, with 36 attorneys general filing an antitrust suit in July alleging that the tech giants’ policy requiring the use of their in-app payment systems is anticompetitive. Apple settled a class-action lawsuit last week with game developers who made similar allegations, though Apple did not end its practice of requiring developers to use its in-app billing system.