The number of Americans filing new unemployment claims decreased to 340,000 in the week ending Aug. 28, as the economy continues to slowly recover from the coronavirus pandemic.

Economists predicted this week’s figure to come in at 345,000, CNBC reported.

Thursday’s report marked the lowest level for jobless claims since March 2020, when new claims skyrocketed to 2.9 million in a single week amid pandemic-induced economic shutdowns, the Labor Department said. 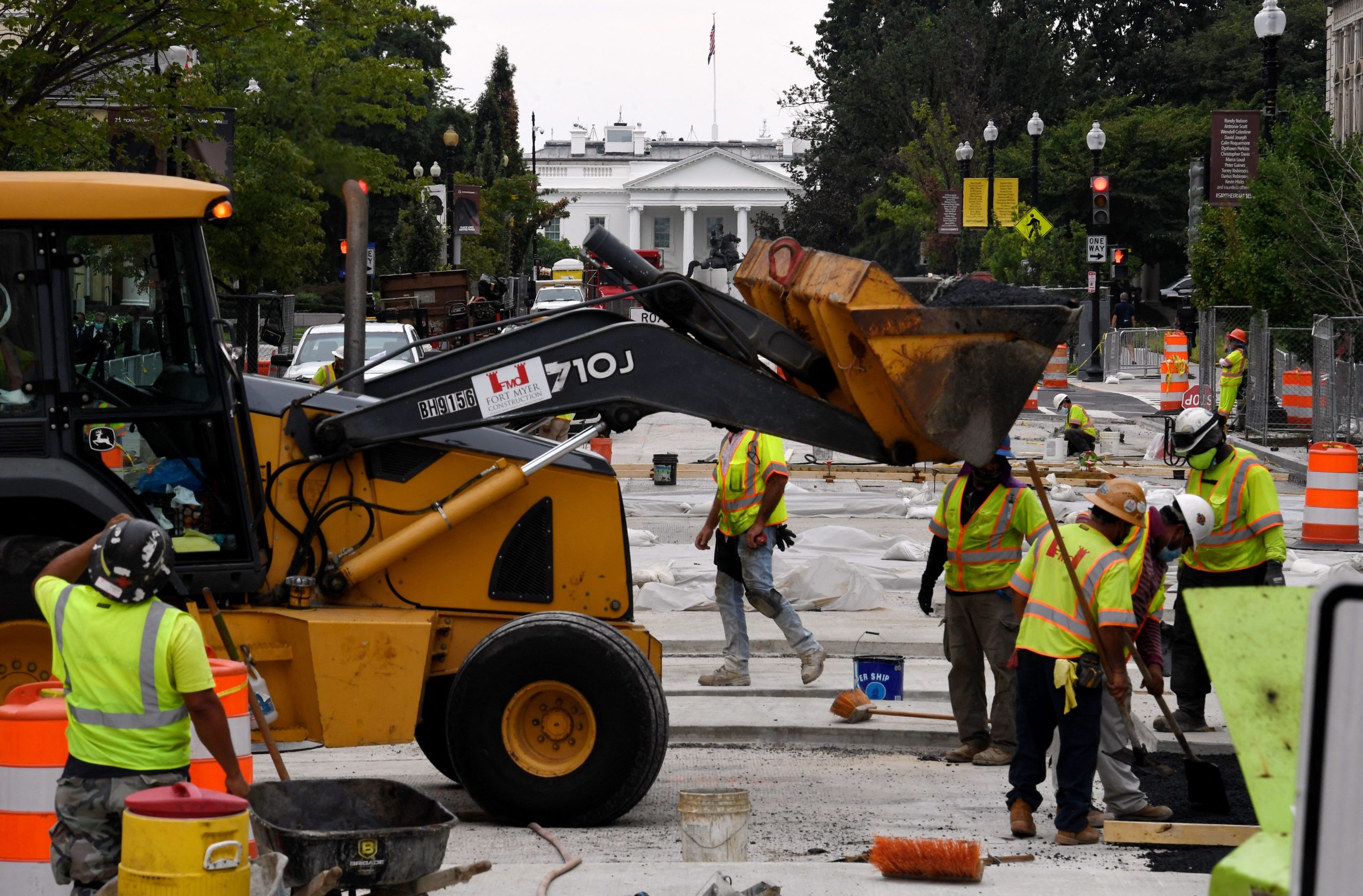 Construction workers repair a street near the White House on Tuesday. (Olivier Douliery/AFP via Getty Images)

Since mid-April, initial claims have steadily dropped to multiple pandemic lows, according to government data. Between the week ending May 1 and the week ending June 5, jobless claims decreased from 507,000 to 374,000, Labor Department data shows.

Pandemic unemployment insurance benefits, meanwhile, are set to expire next week in states that have opted to remain in the program. In the aftermath of lackluster jobs numbers, 26 states withdrew from the bonus, which they blamed for the ongoing labor shortage.

President Joe Biden announced he wouldn’t push for an extension to the program, but said states should create their own programs to offer continued benefits to out-of-work residents.

“What we’re trying to do and what we announced about two weeks ago, but obviously there was a lot of news going on, is our effort to put new tools in place to help states that choose to further extend pandemic unemployment benefits because of those needs,” White House Press Secretary Jen Psaki told reporters on Tuesday.