Japanese Prime Minister Yoshihide Suga on Friday abruptly announced he will be stepping down from his position at the end of the month, ending a one-year tenure marked by an unpopular COVID-19 response and a steep decline in public approval.

“Working on COVID countermeasures and election activities requires a tremendous amount of energy, so I decided that I cannot work on both and should choose one of them,” he told reporters at a press conference in Tokyo, according to CNN. “My mission as a Prime Minister is to protect the life and livelihood of people, so I’d like to concentrate on this.”

Suga took office in September 2020 after Japan’s longtime former Prime Minister Shinzo Abe resigned due to health issues. He will step down Sept. 30 and will not seek reelection as leader of the ruling Liberal Democratic Party (LDP) during an intra-party election later this month, Reuters reported. 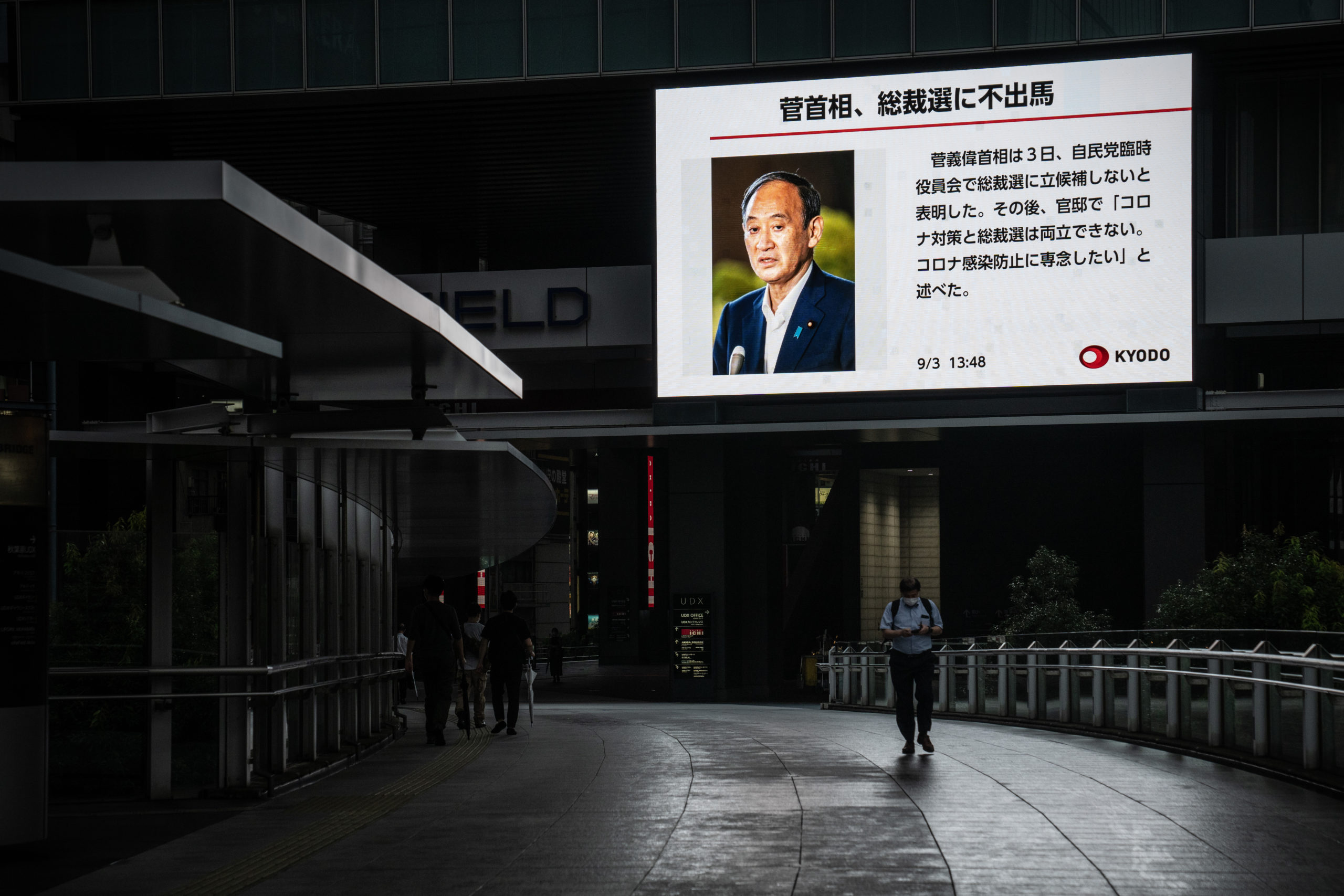 A giant screen shows a news report detailing the announcement by Japan’s Prime Minister Yoshihide Suga that he will not stand for re-election at the forthcoming Liberal Democratic Party leadership contest on Sept. 3, 2021 in Tokyo, Japan (Carl Court/Getty Images)

Suga’s handling of the pandemic was met with strong criticism as the country has experienced record-high numbers of new COVID-19 cases in recent weeks. Japan saw around 136,000 new cases and 396 deaths this week, according to the Johns Hopkins Coronavirus Resource Center. (RELATED: Japan Halts Use Of 1.63 Million Moderna Vaccine Doses Over Contamination Fears)

Suga initially dismissed the need for a state of emergency in December 2020 only to declare one for Tokyo and several other prefectures the next month. His decision to push ahead with the 2020 Olympics in Tokyo was also met with criticism from public health officials and the Japanese public.

In a national opinion poll conducted Aug. 28 by the Japanese newspaper Mainichi Shimbun, public approval of the Suga government plummeted to a record low of 26%. A majority of respondents placed blame on the government’s pandemic response.

Suga’s abrupt resignation also ended a tumultuous week for the prime minister following reports that he had planned to dissolve Japan’s parliament and reshuffle cabinet positions in order to save his position, according to Reuters.

There is no apparent frontrunner to replace Suga in the upcoming LDP leadership race. But the popular minister in charge of Japan’s vaccine rollout, Taro Kono, reportedly intends to run, according to the Japan Times.