The continuing resolution to Congress asks for $6.4 billion specifically for helping Afghan refugees with resettlement, at least $10 billion to aide in the aftermath of Hurricane Ida and $14 billion to deal with natural disasters such as other hurricanes and wildfires, NBC News reported. The request comes as President Joe Biden’s administration has been forced to deal with numerous crises, including the chaotic exit from Afghanistan at the end of August.

“This money is certainly critical … to make sure that we are fulfilling this bipartisan commitment to our Afghan allies and partners,” a senior administration official said Tuesday, according to NPR.

Roughly 65,000 Afghans are expected to arrive in the U.S. by the end of September, NPR noted. Over the next 12 months, around 30,000 more are expected to arrive in the country. Acting director of the Office of Management and Budget Shalanda Young noted that the funds would help with screening these Afghans. (RELATED: Pentagon Grilled Over Apparent Lack Of Security Before Terror Attack) 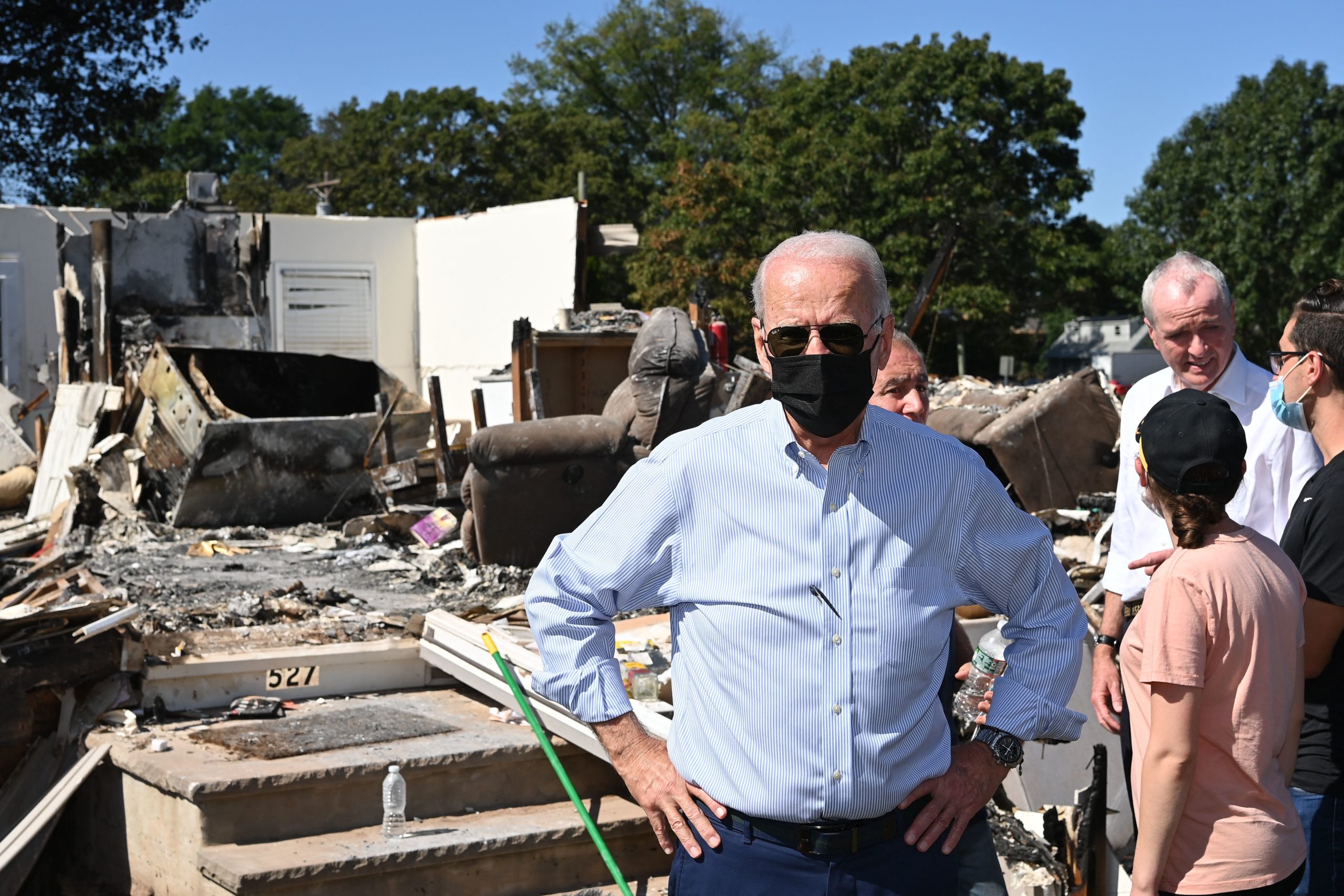 US President Joe Biden(C) tours a neighbourhood affected by Hurricane Ida in Manville, New Jersey on September 7, 2021. – President Joe Biden headed Tuesday to storm-ravaged New York and New Jersey, just days after inspecting the damage caused by Hurricane Ida in Louisiana. Biden — who is pushing a giant infrastructure spending bill, including major funding for the green economy — argues that extreme weather across the United States this summer is a harbinger of worse climate change to come. (Photo by MANDEL NGAN / AFP) (Photo by MANDEL NGAN/AFP via Getty Images)

The administration has said that every Afghan undergoes strict security screenings prior to arriving in the U.S. A small number of Afghans evacuated from the Taliban-led country have been flagged for possible ties to terrorism, the Daily Caller previously reported.

“The operation to move out of danger and to safety tens of thousands of Afghans at risk, including many who helped us during our two decades in Afghanistan, represents an extraordinary military, diplomatic, security, and humanitarian operation by the U.S. Government,” Young noted in a blog post, according to NPR.

The funds would also help with transporting Afghans and vaccinations, among other subjects, according to NBC News. After one year in the U.S., Afghans will be able to apply to become lawful permanent residents, according to the official.

The $10 billion for Hurricane Ida, meanwhile, is not a number that’s set in stone. The administration official said the White House will be trying to hammer down an accurate number as the damage is assessed.

“We fully expect that Hurricane Ida will significantly increase the need for disaster response funding by at least $10 billion,” the official said, according to NBC News. “And while it will take time to assess the damage and to arrive at a more specific estimate, we are committed to working with Congress to address those needs as well.”