Nineteen U.S. citizens left via a Qatar Airways flight and two American citizens departed as part of a party traveling overland, Horne said. Eleven lawful permanent residents were also part of the overland party. This is the second Qatar Airways passenger flight that has left Kabul in as many days.

“We are continuing intensive work across the U.S. government to facilitate the safe transit of these individuals and other U.S. citizens, LPRs, and Afghans who have worked for us who wish to leave Afghanistan,” Horne said. “Because there is an ongoing terrorist threat to operations of this nature, we will not be sharing details of these efforts before people are safely out of the country.”

“We are deeply grateful to the continued efforts of Qatar in facilitating operations at the Kabul International Airport and continuing to help ensure the safety of charter flights,” Horne added. 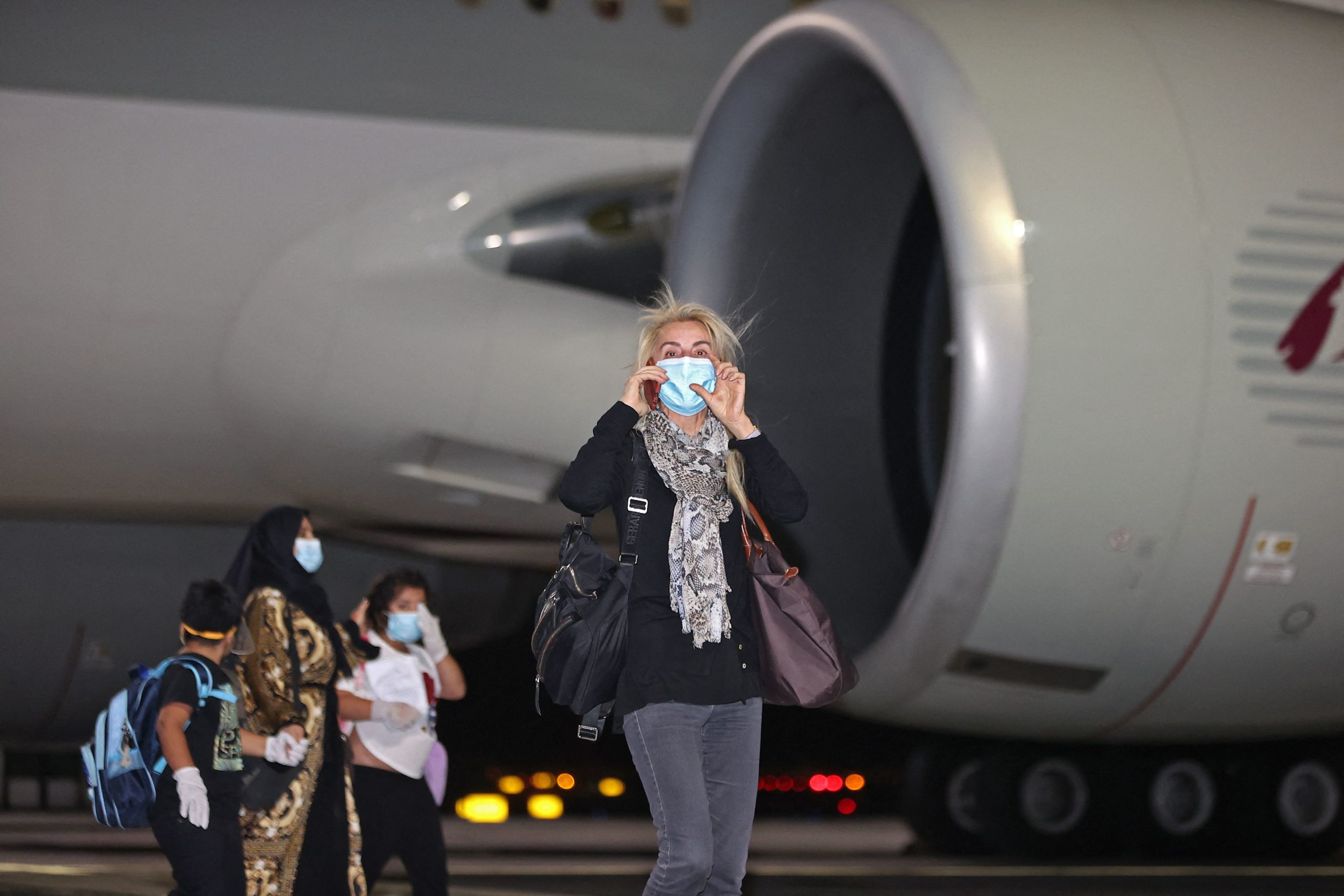 Evacuees from Afghanistan arrive at Hamad International Airport in Qatar’s capital Doha on September 10, 2021. – A flight transporting foreign evacuees, including 49 French citizens and their families arrived in Doha after flying from Kabul airport, the second charter flight carrying foreigners and Afghans since a US-led evacuation ended on August 30. (Photo by KARIM JAAFAR / AFP) (Photo by KARIM JAAFAR/AFP via Getty Images)

Thursday marked the first day an international passenger flight departed from the Kabul airport since the U.S. military left the country Aug. 31. For weeks, the ability for individuals to leave Afghanistan after the U.S. ended its mission was uncertain, relying heavily on the Taliban to agree to allowing people to move about freely. (RELATED: Afghanistan President Blames US Troop Withdrawal For Worsening Security Amid Taliban Gains)

Horne said that the Friday departures “demonstrate how we are giving Americans clear and safe options to leave Afghanistan from different locations.” America’s ability to intervene and help U.S. citizens still stranded in the country, however, remains limited.

More flights are reportedly prepping to operate from the Kabul airport in the coming days, according to a source who spoke to CNN.