Supreme Court Justice Amy Coney Barrett worried Sunday that the court is increasingly being portrayed to the public as a partisan institution, emphasizing that justices must be “hyper vigilant” that they do not let personal biases affect their work.

“My goal today is to convince you that this court is not comprised of a bunch of partisan hacks,” she told guests at the University of Louisville Sunday, the Courier Journal reported. (RELATED: Media Outlets Link Catholic Group Associated With Amy Coney Barrett To ‘The Handmaid’s Tale’)
“Judicial philosophies are not the same as political parties,” she said, citing several cases where the Supreme Court did not rule along party lines.

“The media, along with hot takes on Twitter, report the results and decisions,” Barrett continued, adding that this “makes the decision seem results-oriented” and “leaves the reader to judge whether the court was right or wrong, based on whether she liked the results of the decision.”

“And here’s the thing: Sometimes, I don’t like the results of my decisions,” the Supreme Court justice continued, according to the Courier Journal. “But it’s not my job to decide cases based on the outcome I want.” (RELATED: EXCLUSIVE: Ahead Of Looming Supreme Court Abortion Case, Report Highlights ‘Scientific Facts’ About Unborn Babies At 15 Weeks)

The justice also emphasized that members of the highest court in the land should be “hyper vigilant to make sure they’re not letting personal biases creep into their decisions, since judges are people, too,” Politico reported.

Barrett’s comments come at a contentious political moment in which she herself faces intense scrutiny over abortion rulings: media and Democrats have predicted that appointing Barrett to the court would result in radical right-wing, Handmaid’s Tale like rulings. (RELATED: Video Shows Anti-Kavanaugh Lawyer Saying Christine Blasey Ford Wanted ‘Asterisk’ By Justice’s Name) 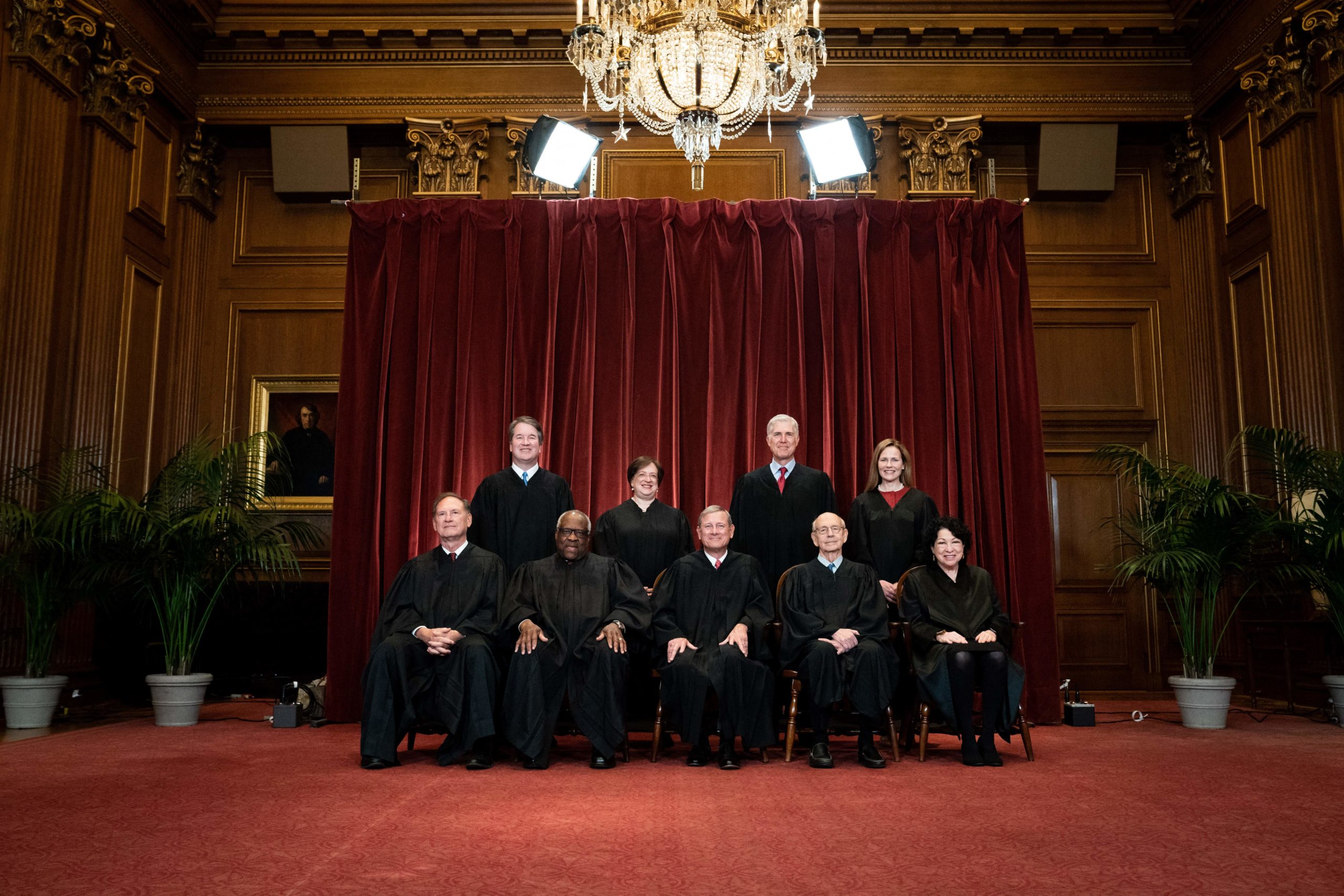 After the Fifth Circuit Court of Appeals struck down the law in December 2019, the state of Mississippi asked the Supreme Court to take up the case. (RELATED: SCOTUS Rules In Favor Of Abortion Advocates In Major Pro-Life Loss)

Dobbs vs. Jackson Women’s Health Organization will touch on the landmark Roe v. Wade ruling since the Supreme Court will hear arguments on whether abortion bans prior to fetal viability are constitutional, signaling that the court is focused on the constitutionality of legal limits on late-term abortions.

During her confirmation hearings last fall, Democrats, media outlets and activists fixated on Barrett’s adherence to Catholic principles and her large family, suggesting that she was “extreme” and unfit to serve on the Supreme Court.

But rather than making huge splashes in her interpretation of hot button cases as many conservatives have called on her to do, Barrett has thus far chosen to interpret narrowly and to join with Justice Brett Kavanaugh and Chief Justice John Roberts over the more conservative justices.

The new justice joined a 7-2 majority in June rejecting a challenge to the Affordable Care Act, though her critics had warned that Barrett would immediately take aim at Obamacare.

The emotional backlash against Kavanaugh’s confirmation escalated following multiple allegations of sexual assault against the future Supreme Court justice. Accuser Christine Blasey Ford’s lawyer would later admit that putting an “asterisk” next to Kavanaugh’s name before “he takes a scalpel” to Roe v. Wade was “part of what motivated Christine” to accuse him.

But liberal predictions that Kavanaugh would radicalize the court didn’t come to fruition after the it struck down a law that would significantly restrict abortion access: June Medical Services v. Russo, in which an abortion provider challenged a law requiring abortion providers to have admitting privileges to a hospital within 30 miles of the facility.