The Taliban’s education ministry directed male students between sixth and 12th grade, as well as teachers, to return to school set to begin on Saturday, the Associated Press reported Friday.

Girls of the same category weren’t included in the announcement that was posted to Facebook, according to the AP. The Taliban has allowed girls from first through sixth grade to return to classes but hasn’t provided information for older girls.

The Taliban prohibited females from going to school or working when they had an iron grip over Afghanistan in the 1990s, the AP reported. (RELATED: Taliban To Enforce Gender-Segregated Education In Afghanistan) 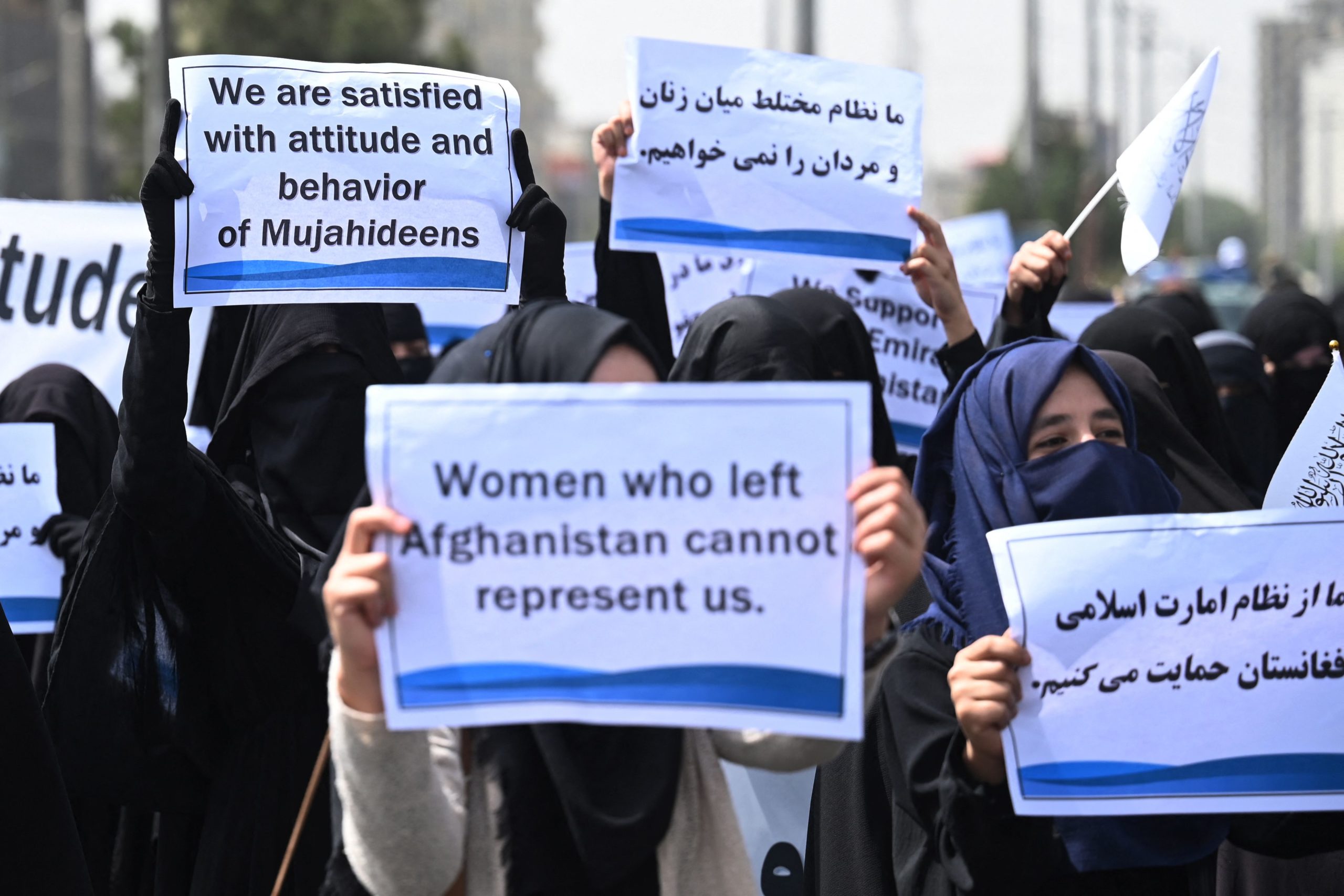 Veiled women hold banners and placards while marching during a pro-Taliban rally outside the Shaheed Rabbani Education University in Kabul on September 11, 2021. (Photo by AAMIR QURESHI/AFP via Getty Images)

Women are still prohibited from working in some Afghan provinces, according to the AP. Women who work in hospitals, health departments and education services were allowed to continue their work across an unknown number of districts where others were restricted.

Several Afghan women are resisting the restrictions on women and girls, Open Democracy reported on Friday. In a few instances, female education workers have been restricted from traveling between districts at Taliban checkpoints.

“The Taliban are checking if we have painted our nails, if we’re wearing high heels and whether we have smartphones,” English teacher Zarlasht Wali, 26, told Open Democracy. “We are unable to travel across districts without a ‘mahram’ [a male guardian], who has to be your husband, brother or father. They are not letting us through if unaccompanied.”