Comedian Dave Chappelle is pushing back against the left’s stance on gender, saying “gender is a fact” during his Netflix standup comedy special “The Closer” released early Tuesday, according to the Daily Beast.

Chappelle told the crowd he is “team TERF!” which stands for “trans-exclusionary radical feminist,” which are feminists who do not believe trans women are women, according to the report.

“Gender is a fact,” Chappelle said, according to the report. “Every human being in this room, every human being on earth, had to pass through the legs of a woman to be on earth. That is a fact. Now, I am not saying that to say trans women aren’t women, I am just saying that those pussies that they got … you know what I mean? I’m not saying it’s not pussy, but it’s Beyond Pussy or Impossible Pussy.” 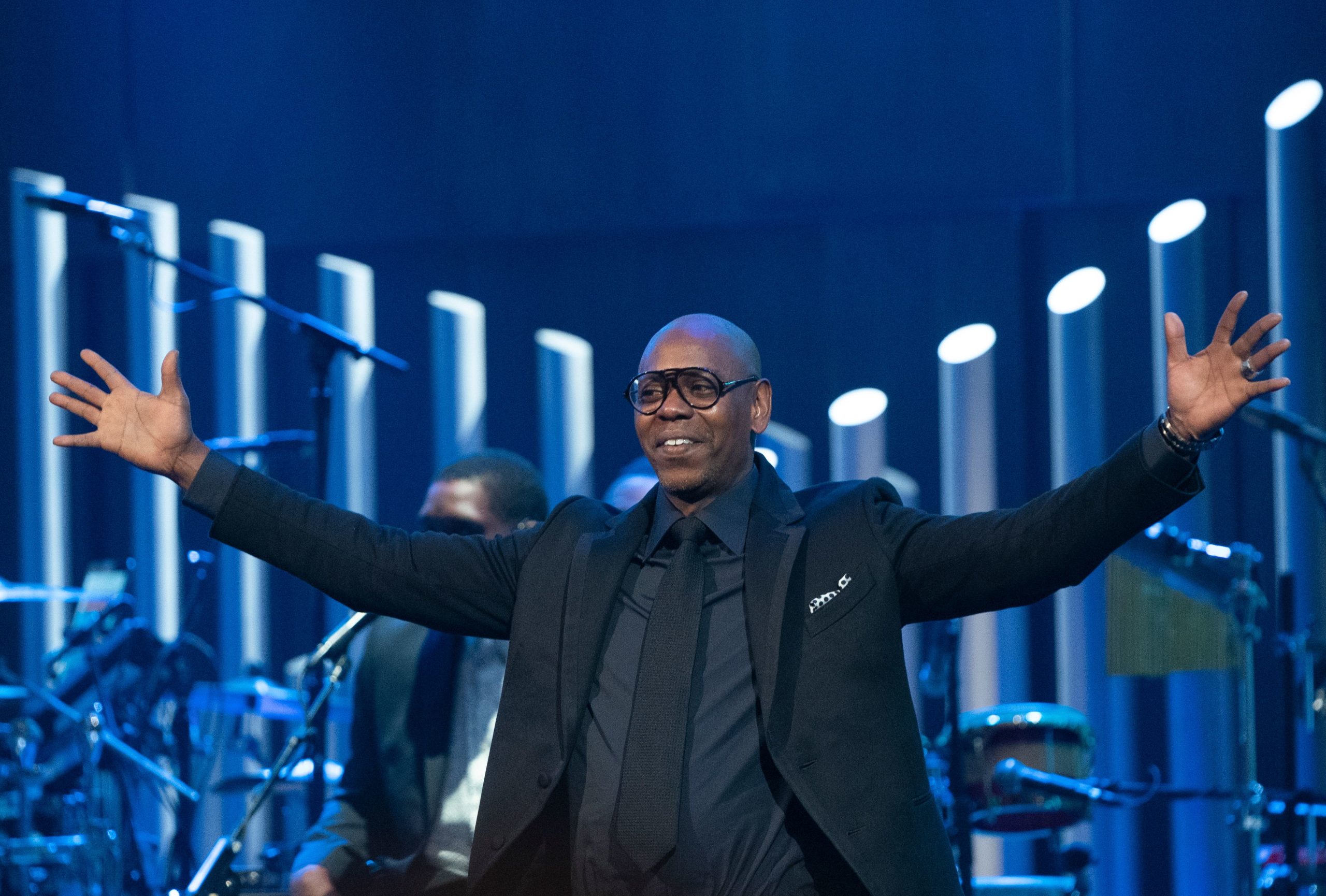 Comedian Dave Chappelle arrives on stage at the Kennedy Center for the Mark Twain Award for American Humor on October 27, 2019 in Washington, DC. –  (ALEX EDELMAN/AFP via Getty Images)

Chappelle said the transgender community “want me dead” for his jokes, according to the Daily Beast. (RELATED: ‘No One Can Be Woke Enough’: Dave Chappelle And Joe Rogan Rip ‘Woke Ideology,’ Defend Elon Musk)

“Any of you who have ever watched me know that I have never had a problem with transgender people. If you listen to what I’m saying, clearly, my problem has always been with white people.”

During a different Netflix special, “Equanimity,” Chappelle joked that being transgender is “kind of f**king hilarious,” according to the Daily Beast.

“I’ve never seen somebody in such a hilarious predicament not have a sense of humor about it.”

Chappelle also once joked about Caitlyn Jenner’s “man-pussy,” according to the Daily Beast.

During a 2017 Netflix special he referred to a transgender woman as a “man in a dress,” according to the report.

Chappelle did befriend transgender activist Daphne Dorman, who died by suicide in 2019. Chappelle referenced Dorman during his “Sticks and Stones” comedy special, noting Dorman was “laughing the hardest” at his trans jokes during a practice set.

During the special, Chappelle made several jokes about trans people that were criticized as not being “thoughtful.” But Chappelle defended the jokes, noting Dorman enjoyed them, according to the New York Daily News.