It’s hard to overstate how bonkers the American left has gone. If conservatives weren’t in such a state of disarray, they would be dominating American politics like never before.

President Joe Biden and leading Democrats somehow convinced themselves the 2020 election was a call to fundamentally transform America into a socialist country. They decided countries don’t need borders. They decided police and other law enforcement don’t deserve the backing of elected politicians. They decided the way to overcome racism is by literally dividing people by race. They have implemented policies to deter American energy production and thereby added to an energy price spike. They have implemented policies that take away incentives to work and thereby contributed to a labor shortage. They have even ignored advice from military leaders resulting in the U.S. government abandoning American citizens in a terrorist state.

Luckily for anyone who cares about the country’s future, this insanity is still a hard sell to regular Americans. The president’s tanking poll numbers confirm America’s hesitation to buy what the administration is selling. The left is not deterred, though. As has been true throughout history, hardcore left-wing ideologues are comfortable overcoming public resistance if need be. They are positive they know the best way ahead. Anyone who gets in the way is evil and must be crushed.

We are seeing this play out today in the debate over the multitrillion-dollar “transform America” legislation the Democrats are trying to jam through Congress. The so-called Build Back Better legislation aims to cement a hard lurch left for America. America has never been a socialist country; this legislation aims to change that. Thankfully, even with Republican ineptness nearing peak form, the legislation seems stalled for a moment. This stall has resulted in a political tantrum on the left.

The focus of the left’s anger has been moderate Democratic Sens. Kyrsten Sinema and Joe Manchin. For daring to question the merits of this radical legislation, Manchin and Sinema have come under full-throated attack from the left and their allies in the so-called mainstream media. Never mind that the Senate is divided 50-50. Never mind that almost nobody voted for extreme left-wing government. (RELATED: The Left Thinks Congress Is Theirs, But Moderates Keep Dealing Them Setbacks) 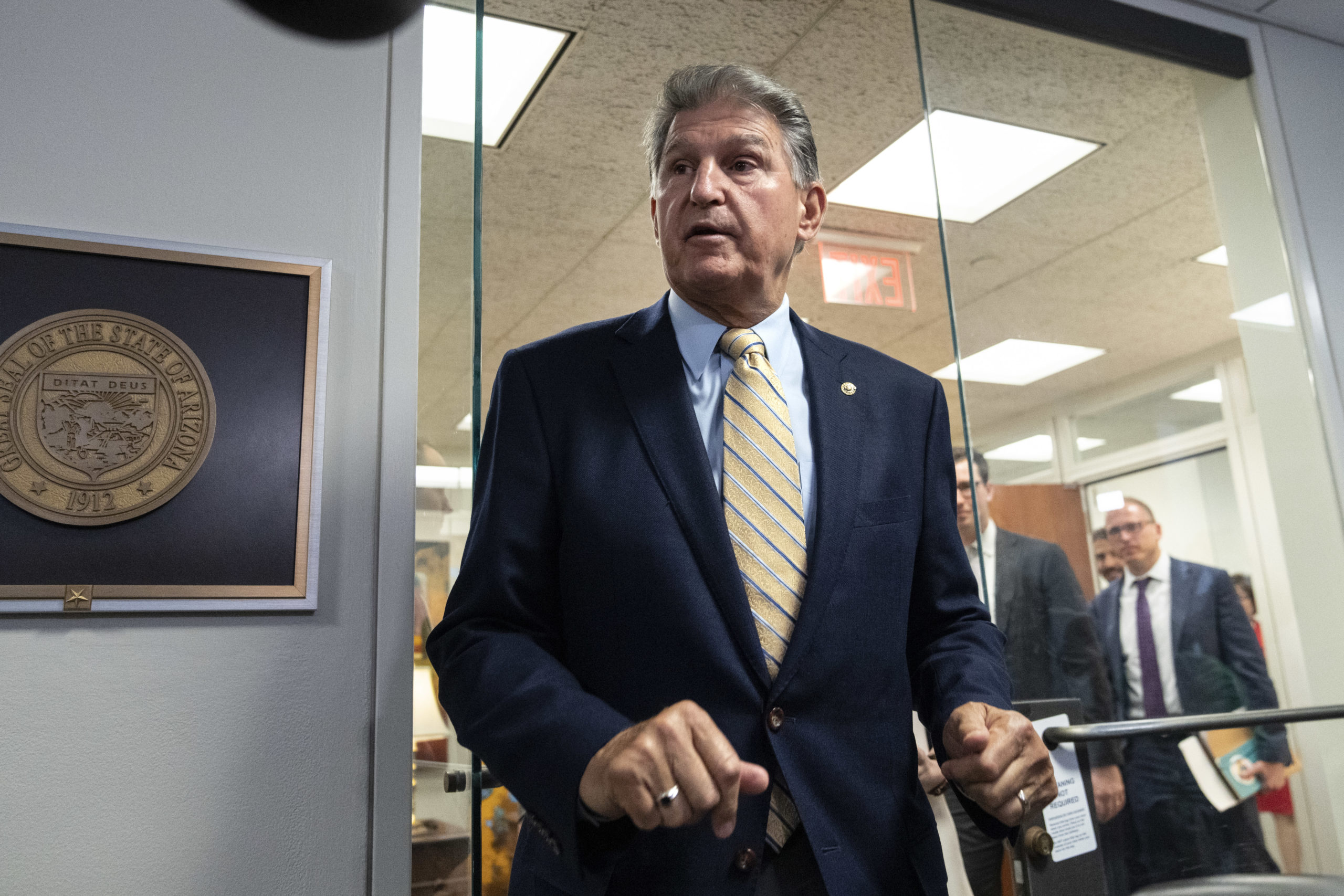 WASHINGTON, DC – JUNE 22: Sen. Joe Manchin (D-WV) leaves a meeting of bipartisan Senators in the office of Sen. Kyrsten Sinema (D-AZ) on Capitol Hill June 22, 2021 in Washington, DC. The Senate will hold a procedural vote on the For the People Act later on Tuesday, a voting rights bill championed by Democrats in Congress. (Photo by Drew Angerer/Getty Images)

Manchin and Sinema are under extreme pressure to go along. There are almost no media articles extolling their independence and moderation. Instead, they are attacked daily as unreasonable obstructionists. Left-wing activists have even been dispatched to harass these senators in person. (RELATED: Protesters Chase Sen. Sinema Into Bathroom To Talk About Build Back Better Plan)

Amazingly, in the midst of this media pressure campaign, the second target of the Democrats’ anger is the press corps itself. House Speaker Nancy Pelosi came out and publicly scolded the press for not effectively marketing the multitrillion-dollar spending monstrosity to the American people. On one level, it was refreshing for Pelosi to tacitly admit that she views the press as her marketing team. The press does usually market the left’s policies to the American people. This is how left-wing policy often goes mainstream. But even the press corps can’t effectively sell socialism in America. Pelosi’s mad about that. The rest of us should be happy, but we’re hanging by a thread.

You don’t have to go deep under the hood to understand why the stalled socialist legislation is such a hard sell to moderates. In almost every area that America is currently struggling with, the Democrats spending bonanza would make things worse.

No. 2: Skyrocketing inflation. Prices are up. Inflation is booming under Biden. There are many causes for the runaway inflation. COVID-19 has played a role, but the Federal Reserve’s loose monetary policy and the government’s record spending have contributed greatly to the price increases. Adding yet another gusher of federal spending in this environment is beyond crazy.

No. 3: Energy price spikes. The worst part of the inflation increase for most Americans has been the spike in energy prices. People see this every week at the gas station and every month in their home heating bill. The Democrats’ legislation will make energy costs much worse. In fact, the legislation is designed to do just that: Rising prices for fossil fuels are an integral part of the left’s strategy to fundamentally transform America’s energy sector in the name of climate change. Current protestations aside, the left wants energy prices to go up. The legislation will achieve that. The problem is that the bill will disincentivize investment in fossil fuels and subsidize investment in renewable energy. This has been the left’s strategy for a while now, and it’s leading to price spikes. Renewable energy is not filling the gap left by reduced fossil fuel production. 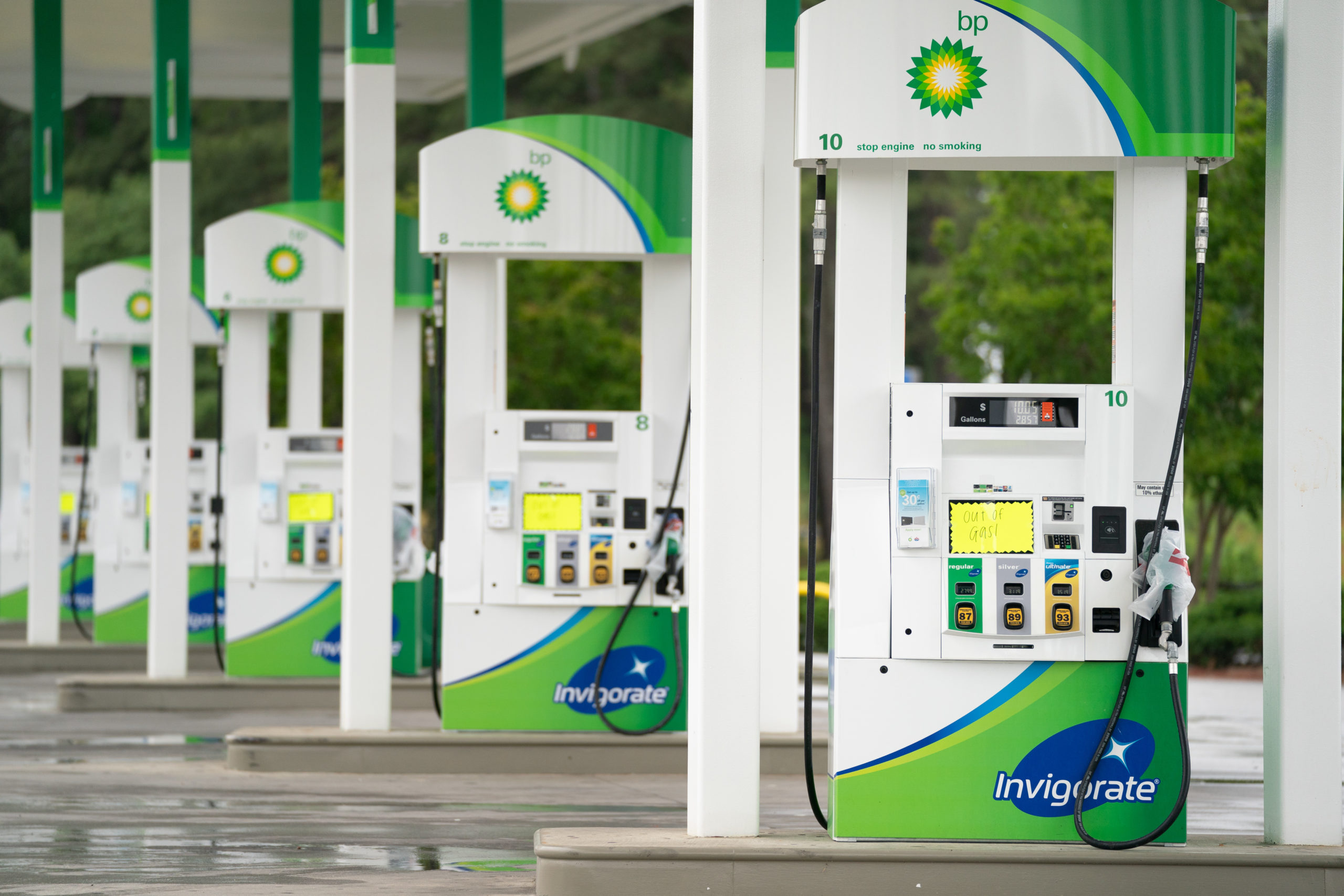 FOUR OAKS, NC – MAY 12: Signs reading “out of gas” cover screens on pumps at a gas station on May 12, 2021 near Four Oaks, North Carolina. Most stations in the area along I-95 are without fuel following the Colonial Pipeline hack. The 5,500 mile long pipeline delivers a large percentage of fuel on the East Coast from Texas up to New York. (Photo by Sean Rayford/Getty Images)

No. 4: Empty shelves. Americans don’t do empty shelves. We aren’t the Soviet Union or Cuba. The Biden administration’s attempts to mock these concerns are going to bite them hard politically if Christmas shelves are empty. COVID-19 may have played a part, but the labor market policies Democrats are introducing will further the supply chain disruptions. (RELATED: Biden White House Warns American Consumers Of Empty Shelves Come Christmastime)

A majority of Americans now think the government is trying to do too much, according to the latest Gallup polling. The spending bonanza Democrats are foisting on America would ask government to do a lot more — more than any American government has ever attempted. The press has worked hard to make this radical policy seem normal. Even that hasn’t been enough. Let’s hope it stays that way.