The $3.5 trillion Build Back Better Act that President Joe Biden is attempting to make law will change how the U.S. handles several social services, but few Americans seem to know its contents.

According to a CBS News/YouGov poll released Oct. 10, 10% of Americans said they know “a lot of the specifics” of the bill, while nearly 60% said they didn’t know any specifics at all.

“The average American only has so much time to devote to politics,” David Ditch, a policy analyst at the Heritage Foundation, told the Daily Caller News Foundation. “The spending package is so unbelievably large … I think it’s impossible for the typical Americans to know a substantial amount of the detail of what’s in it.”

Some Democrats acknowledge that the size of the bill may be an obstacle to Americans understanding what it contains. “We gave them too much to swallow, too many elements in that package,” Illinois Sen. Dick Durbin, the Democratic whip, told The Wall Street Journal.

Independent Sen. Bernie Sanders of Vermont said the media was at fault for the lack of understanding by Americans because “the mainstream media has done an exceptionally poor job in covering what actually is in the legislation.” Sanders said there was “very limited coverage as to what the provisions of the bill are and the crises for working people that they address.” 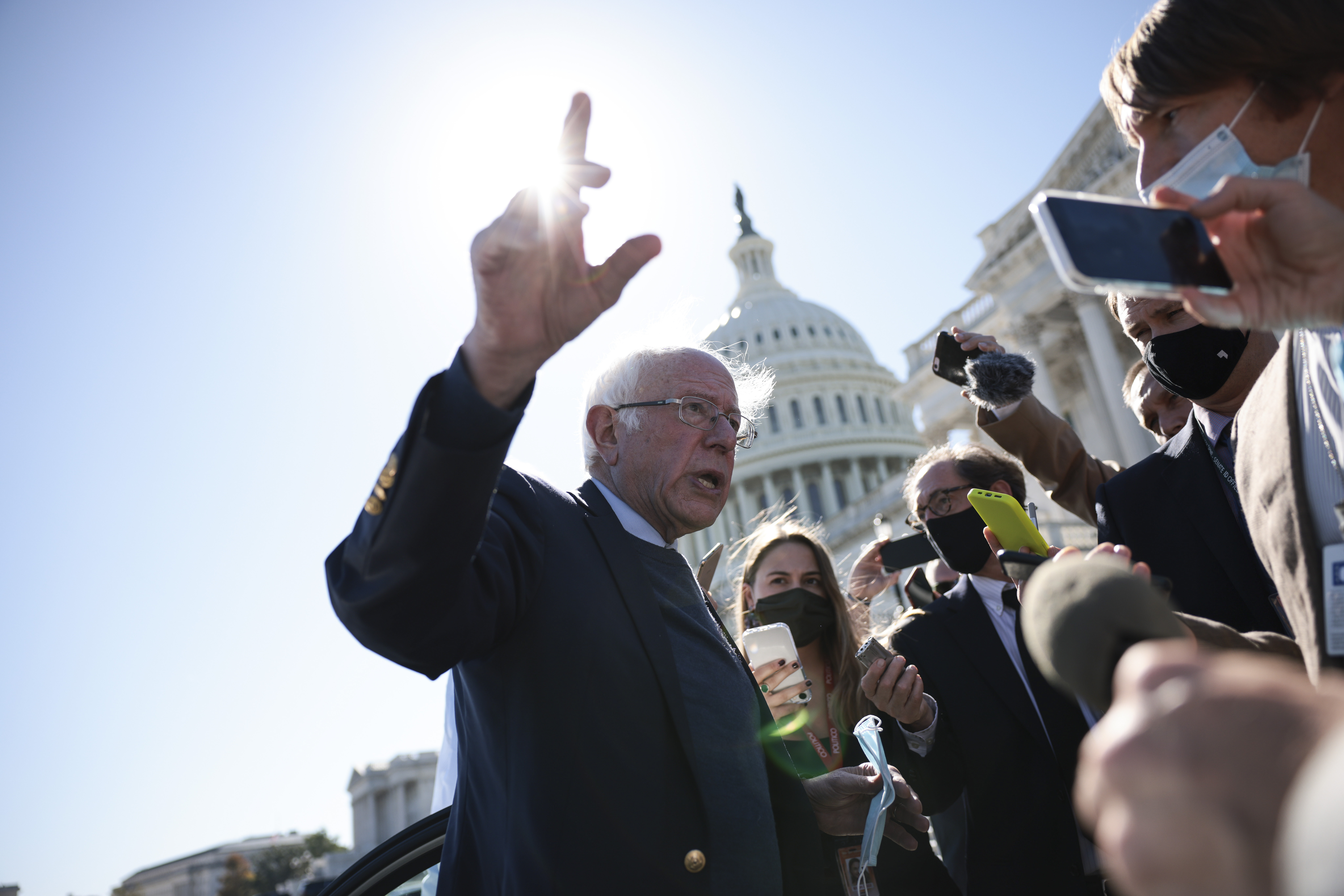 Sen. Bernie Sanders speaks with reporters as he leaves the U.S. Capitol Building following a vote on October 21, 2021 in Washington, DC. (Photo by Anna Moneymaker/Getty Images)

However, the poll recorded that only 54% of Americans approved of the overall spending package, while an I&I/TIPP poll released on Oct. 4 showed 51% of Independents opposed the plan. (RELATED: POLL: Build Back Better Act Underwater In Key Swing Districts)

Sasha Mackler, executive director of the Energy Project at the Bipartisan Policy Center (BPC), told the DCNF that he wished there was more focus on the elements of the bill that address climate change, as they go beyond the traditional wind and solar solutions.

“It has very strong incentives for hydrogen production, for energy storage, like advance batteries, for advance nuclear, for carbon capture and storage, and direct air capture,” Mackler said. “So there’s additional pieces of the energy technology equation that will be given very significant support  … which I think maybe doesn’t get as much attention.”

The Democrats negotiated amongst themselves in an attempt to craft a final piece of legislation that would pass through Congress with the party’s slim majorities. Democratic Sen. Joe Manchin of West Virginia, who reiterated his stance that the total cost should not exceed $1.5 trillion on Monday, said the party should have a framework for the bill this week.

Linda Smith, director of BPC’s Early Childhood Development Initiative, told the DCNF that she hopes the negotiations fix some issues in the bill. She said that the potential for states to refuse to implement the free childcare or universal pre-K provisions of the bill could lead to severe economic consequences. 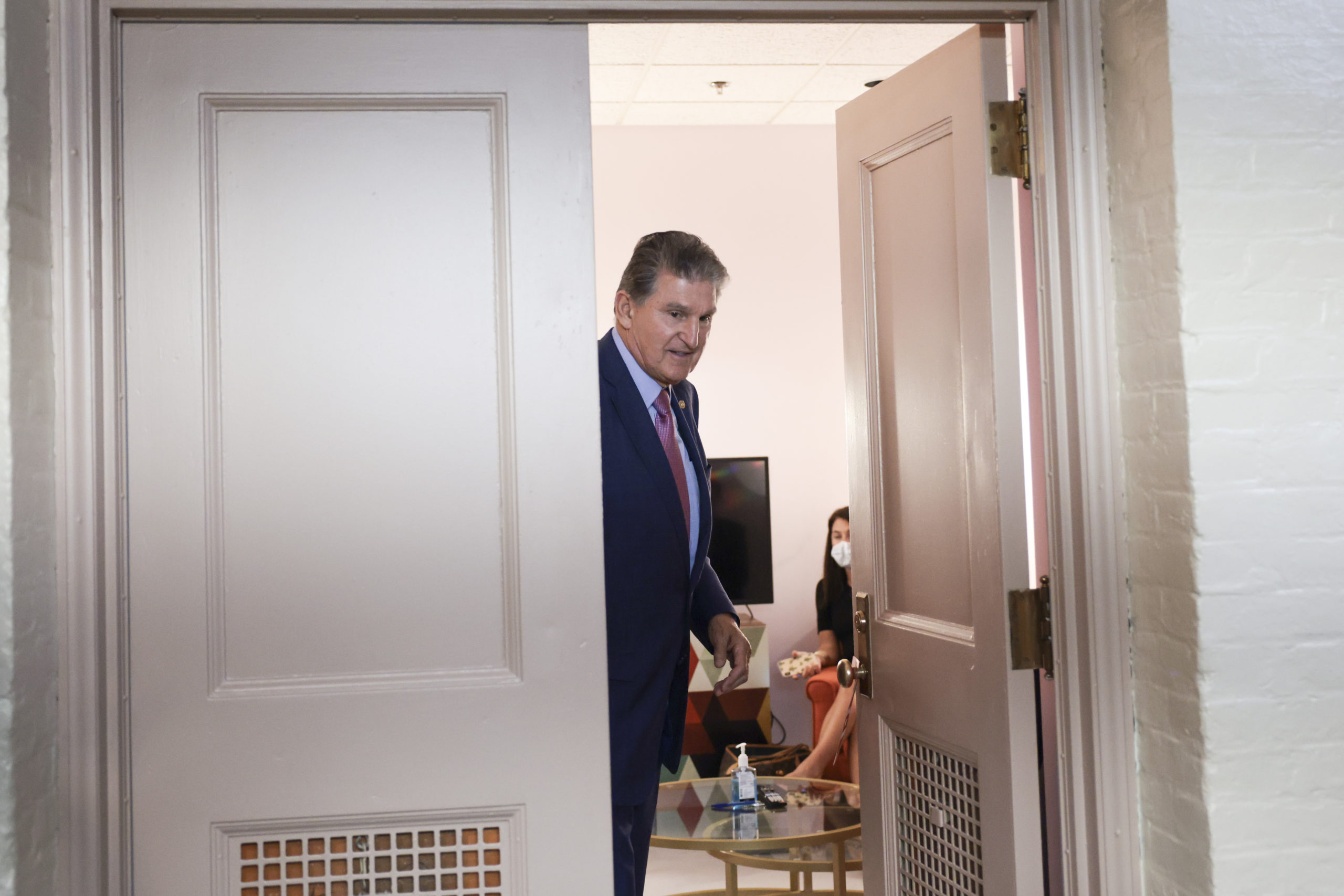 “There’s some concern in the bills as to whether or not a state could take one or the other one and the impact that that would have,” Smith said. For instance, if a state takes only the universal pre-K entitlement, the “cost for infant care will skyrocket.”

In 2012, the Supereme Court ruled that the portion of the Affordable Care Act that sanctioned states that declined to expand Medicaid was unconstitutional, NPR reported. Though most states have expanded Medicaid by now, 12 states have continued to hold out on the expansion as of July, NPR reported.

Smith said that she doesn’t know why popular proposals like free childcare aren’t increasing public support for the Build Back Better Act. “Free pre-K, I mean, who wouldn’t want that?” she said.

Ditch said he thinks that the more people learn about the bill, the more they understand the price of making those popular policies a reality, a reason why conservatives want Americans to know more about the bill.

“My belief is that the longer the debate and discussion goes on, the more people find out about it, the more people are going to be opposed, especially among undecided and independent voters,” Ditch said.

“The one-sentence summary of a number of left-wing proposals poll very favorably because they’re entirely focused on the benefits and often times completely ignore or at best minimize the costs,” he added. “If you ask: ‘How much are you yourself willing to pay towards fighting climate change?’ … the support absolutely craters.”