Liberal tech billionaire Reid Hoffman, a funder of numerous disinformation projects, is backing a new media venture launched Tuesday that seeks to combat disinformation, according to a report.

Hoffman, the founder of LinkedIn, joined ranks with financier George Soros to fund Good Information Inc., which will “fund and scale businesses that cut through eco chambers with fact-based information,” Axios reported.

The move comes after Hoffman apologized in December 2018 for bankrolling what he called a “highly disturbing” effort that spread disinformation in the Alabama special election the year prior that resulted in Democrat Doug Jones narrowly defeating Republican Roy Moore for a seat in the Senate.

McGowan told Axios that Good Information Inc. will invest in a variety of news entities across the political spectrum as long as they exhibit fact-based editorial standards.

“The information crisis we’re in is so much bigger than politics,” McGowan said.

In addition, Hoffman contributed $620,000 to the legal fund for Fusion GPS, the opposition research firm behind the largely debunked Steele dossier, which the FBI used to advance its investigation into former President Donald Trump’s alleged ties to the Russian government. 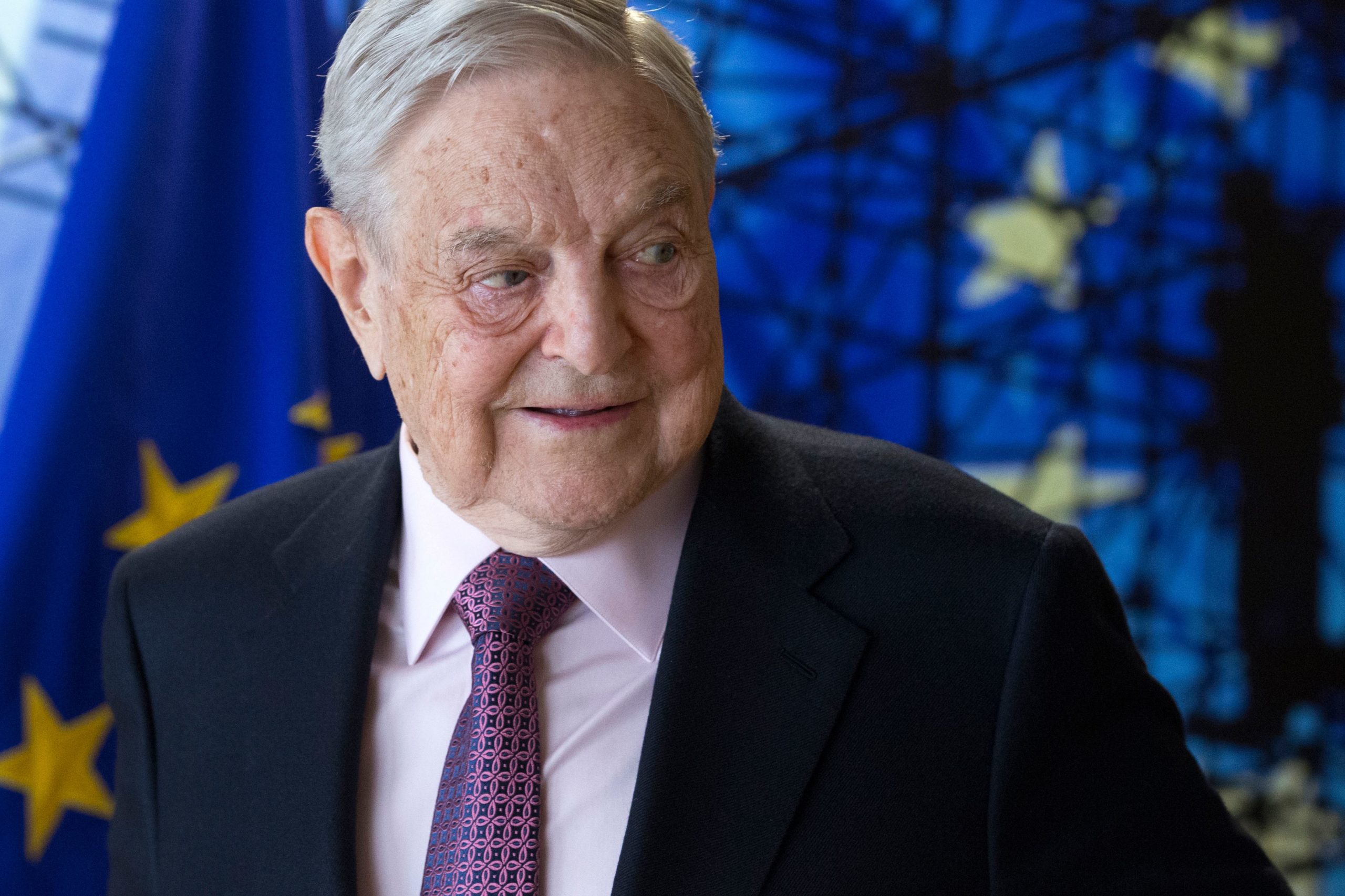 George Soros, Founder and Chairman of the Open Society Foundations arrives for a meeting in Brussels, on April 27, 2017. (Photo by OLIVIER HOSLET/POOL/AFP via Getty Images)

ACRONYM, under McGowan’s leadership, funded the development of an application that was responsible for causing massive delays in reporting the results of the 2020 Iowa Democratic caucuses.

McGowan’s group also stated in its 2019 tax returns that it was the full owner of Courier Newsroom, a network of liberal local news outlets that, according to the media credibility watchdog group NewsGuard, failed “to meet several basic standards of credibility and transparency.”

ACRONYM, under McGowan’s leadership, received a Federal Election Commission complaint in 2020 that alleged the group wasn’t transparent about Courier Newsroom’s sources of funding. The complaint alleged that Courier Newsroom was effectively an arm of the Democratic party and as such should be stripped of its tax-exempt status.

While the FEC eventually dropped the complaint, McGowan acknowledged to Axios that she could have been more transparent about her group.

“If I could do things differently, I would have been more transparent,” McGowan said.