A horseback unit of Border Patrol agents accused of whipping Haitian migrants near Del Rio, Texas, has not yet been questioned by federal investigators, ABC News reported on Tuesday.

The agents were reassigned to desk duties as a federal investigation meant to conclude in a matter of days, not weeks, is ongoing, Department of Homeland Security (DHS) Secretary Alejandro Mayorkas said, ABC News reported. More than a month has passed since the Sept. 19 incident and the Biden administration has not disclosed any findings. 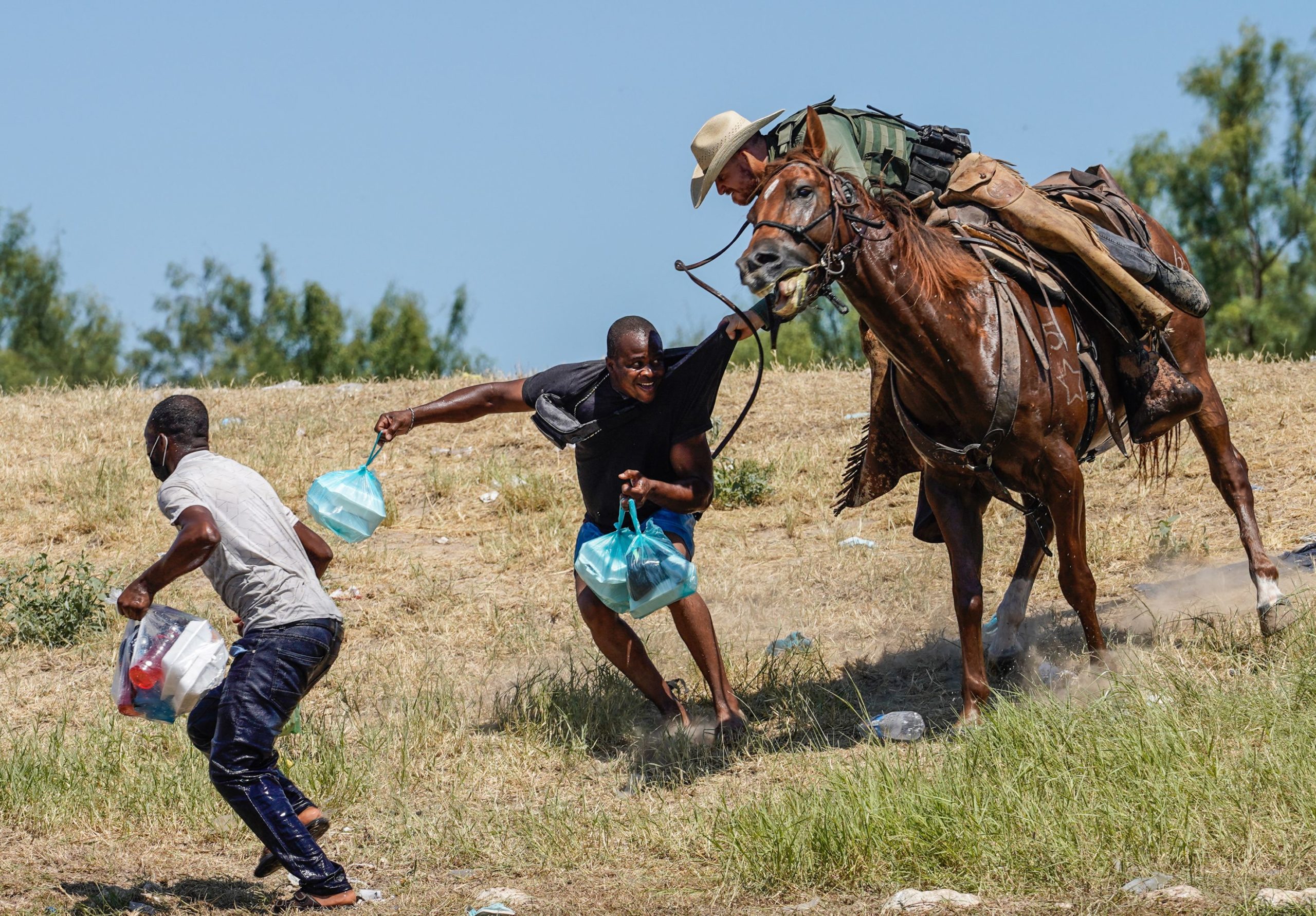 A United States Border Patrol agent on horseback tries to stop a Haitian migrant from entering an encampment on the banks of the Rio Grande near the Acuna Del Rio International Bridge in Del Rio, Texas on September 19, 2021. (Photo by PAUL RATJE / AFP) (Photo by PAUL RATJE/AFP via Getty Images)

The Customs and Border Protection’s (CBP) Office of Professional Responsibility delivered a preliminary report to the Department of Justice so the agency can determine whether to indict the agents, two officials not authorized to speak on the matter told ABC News.

One of the officials reportedly said the investigation couldn’t continue and the Border Patrol agents can’t be interviewed until the U.S. attorney makes a decision, according to ABC News. U.S. attorneys frequently deal with matters related to federal law enforcement personnel, though their involvement doesn’t always mean criminal charges are being pursued.

Immigration officials apprehended around 29,000 migrants at the Del Rio encampment during a two-week span, according to ABC News. Some 15,000 were deported to Mexico and Haiti while around 1,800 were transferred to Immigration and Customs Enforcement detention facilities and another 13,000 were released into the U.S. with instructions to report to immigration officials.

White House press secretary Jen Psaki said the DHS would terminate the use of horseback agents in response to the incident on Sept. 23, ABC News reported. However, a CBP official not authorized to discuss the matter said the agency only suspended horseback units for a couple of days before returning to their normal duties.

“They pulled all horse patrol agents for maybe a day or so to process,” the official said, according to ABC News. “Then it was right back to normal sector-wide, with the exception of a couple more agents under scrutiny.”

Horseback units were reportedly suspended from operating in the city of Del Rio, Texas, but they remain active elsewhere in the Del Rio sector, ABC News reported.