An American journalist who has been imprisoned for five months in Myanmar on three criminal charges has been given an additional two by the military-installed government, his lawyer said Wednesday, the Associated Press reported.

Denny Fenster was detained at Yangon International Airport in May and charged with incitement for allegedly spreading false or inflammatory information and violating the Unlawful Associations Act for contacting opposition groups declared illegal by the new government, the AP reported. He is the managing editor of Frontier Myanmar, an online magazine based in Yangon, Myanmar.

With an additional charge for violating visa conditions issued in November, Fenster had faced up to 11 years in prison if convicted, the AP reported. One of the new charges carries a maximum sentence of life in prison.

A judge ruled Monday that the prosecution delivered enough evidence for Fenster’s trial to begin, the AP reported. The trial is closed to the press and the public, with details only being released by Fenster’s lawyer. 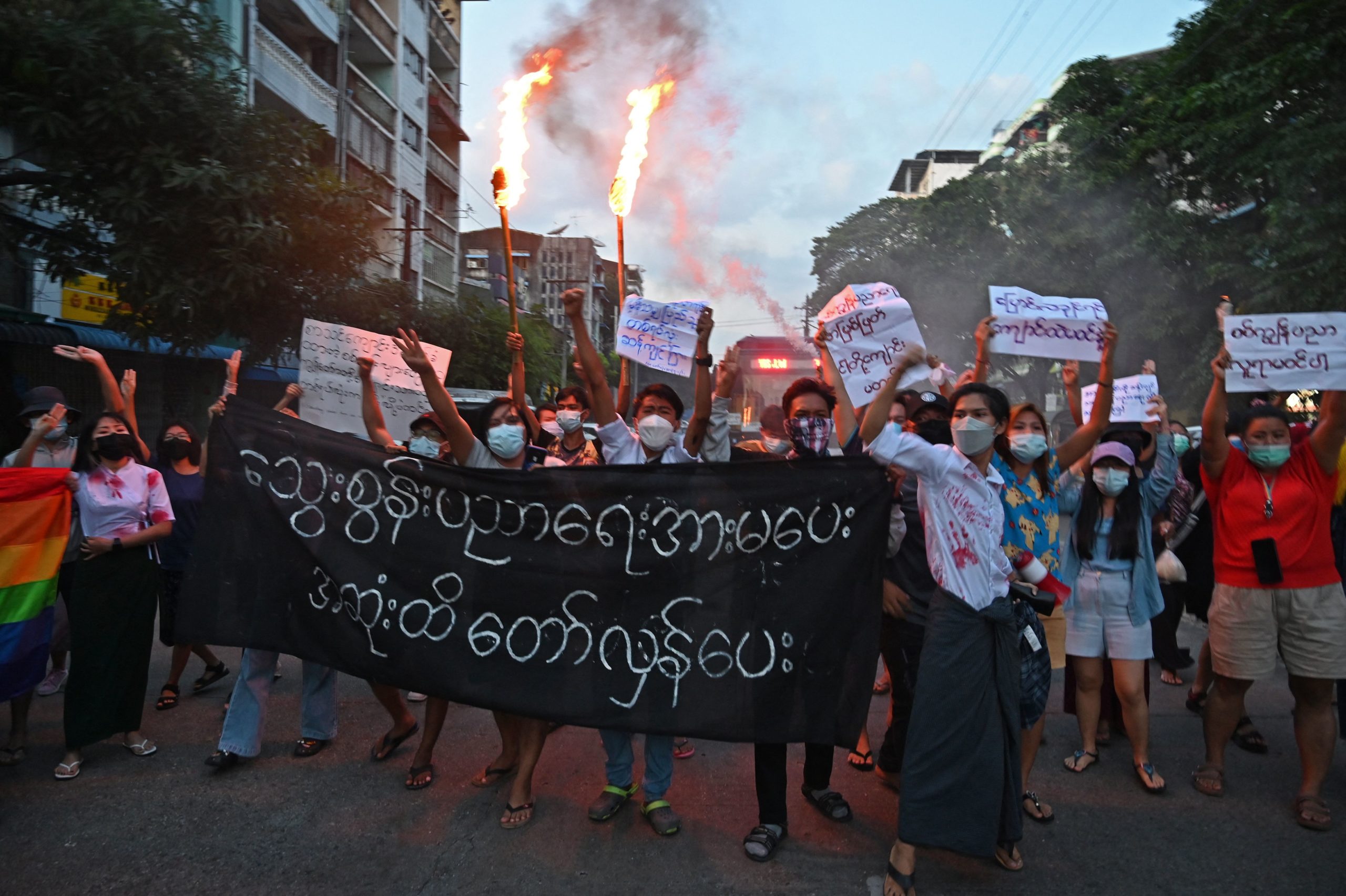 Protesters take part in a demonstration against the military coup in Yangon on November 10, 2021. (Photo by -/AFP via Getty Images)

The Counter-Terrorism Act that was amended by the military-installed government in August was responsible for one of the charges, the AP reported. According to his lawyer, the section applied to Fenster, which holds the accused person directly responsible for acts of terrorism, is punishable by 10 years to life in prison.

The other charge is typically referred to as treason, with sentencing ranging from seven to 20 years in jail, the AP reported. (RELATED: US Suspends Trade With Myanmar Over Military’s Killing Of Protesters)

Myanmar was taken over by its military in a coup of the democratically elected government at the beginning of February. It has repeatedly used lethal force against pro-democracy protesters, with more than 1,200 estimated to have been killed, the AP reported.

The three previous charges are being heard in a different court than where the new charges have been filed, the AP reported.