The carbon footprint of COP26, the ongoing United Nations climate summit, is expected to double that of the previous conference held in 2019, according to a report.

The two-week COP26 conference, which is entering its final days in Scotland, is projected to lead to about 102,500 metric tons of carbon dioxide in emissions, according to a preliminary assessment commissioned by the UN from British professional services firm ARUP. That’s the equivalent of more than 225.9 million pounds of carbon emissions.

“The question shouldn’t be how do we reduce emissions at these type of events, but how do we speed up the phasing out all fossil fuels, end fossil finance and leverage the climate finance needed to support a global just transition, so that we don’t have to have these type of conferences in the first place,” Cansin Leylim, associate director of global projects at anti-fossil fuel group 350.org, told the NYT. 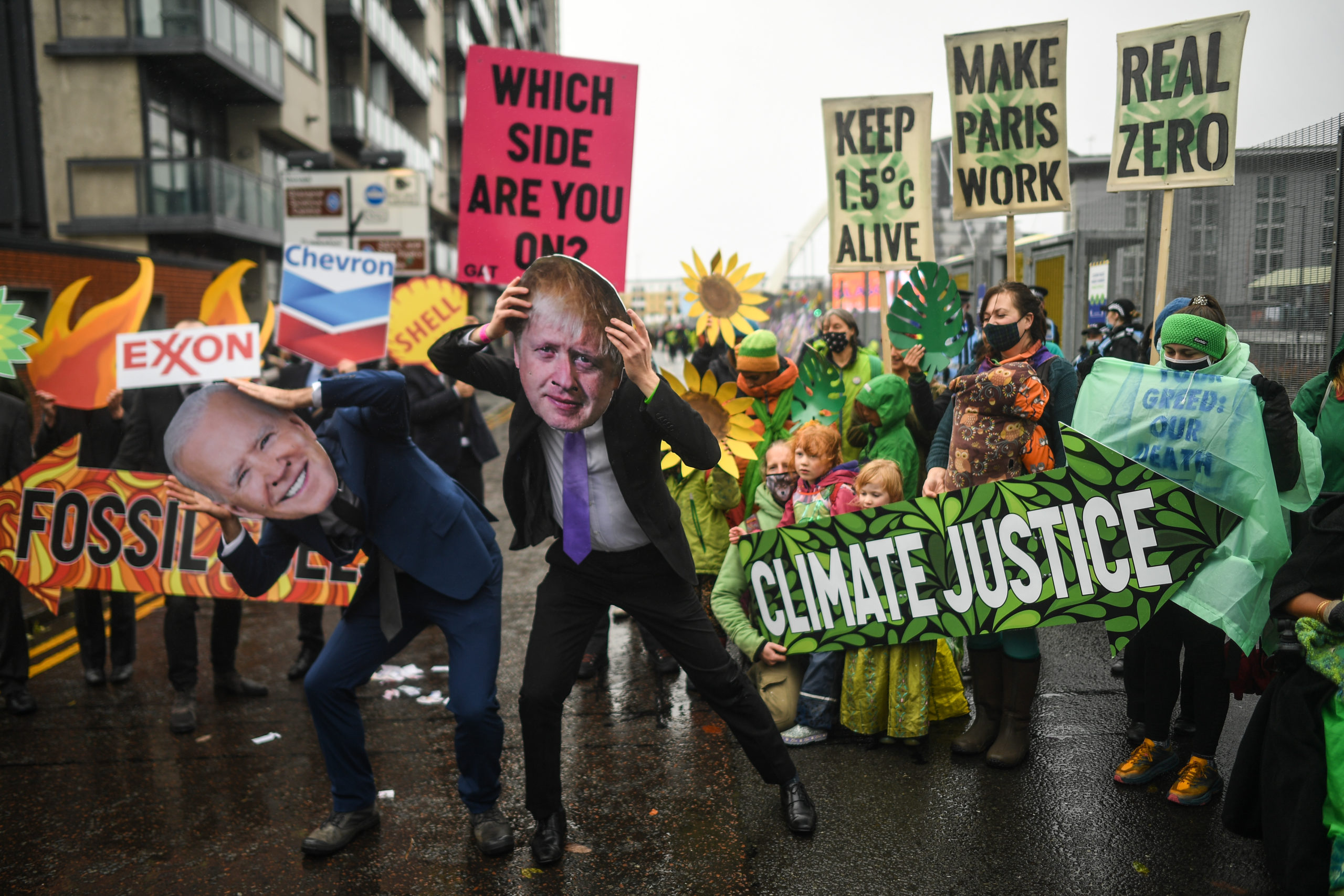 Protesters wearing masks of Boris Johnson and Joe Biden protest outside the entrance to the COP26 site on Friday. (Peter Summers/Getty Images)

Stephen Allen, an energy expert at the University of Bath in the U.K., similarly said carbon emissions from climate conferences weren’t important, according to the NYT. Negotiations on long-term climate commitments and carbon emissions reductions are more important than short-term setbacks, he added.

“I suppose in a way, we’re investing carbon emissions in trying to secure a good international agreement that then leads to really big carbon savings,” Allen told the NYT.

Leaders, including President Joe Biden and several senior administration officials, traveled from around the world to speak and engage in negotiations at COP26. Thousands of diplomats were housed in gas-guzzling cruise ships during the summit.

Roughly 60% of the emissions are expected to come from international air travel used by participants to get to COP26, ARUP concluded.