Leahy, 81, was first elected in 1975 and is in his eighth term. He is the president pro tempore of the Senate, making him third in the line of presidential succession after Vice President Kamala Harris and House Speaker Nancy Pelosi, and he is the chamber’s longest-serving member.

Speaking from the Vermont statehouse, Leahy said that “it is time to pass the torch to the next Vermonter who will carry on this work for our great state.”

“I know I have been there for my state when I was needed most,” Leahy said. “I know I have taken our best ideas and helped them grow. I brought Vermont’s voice to the United States Senate and Vermont values across the world.” 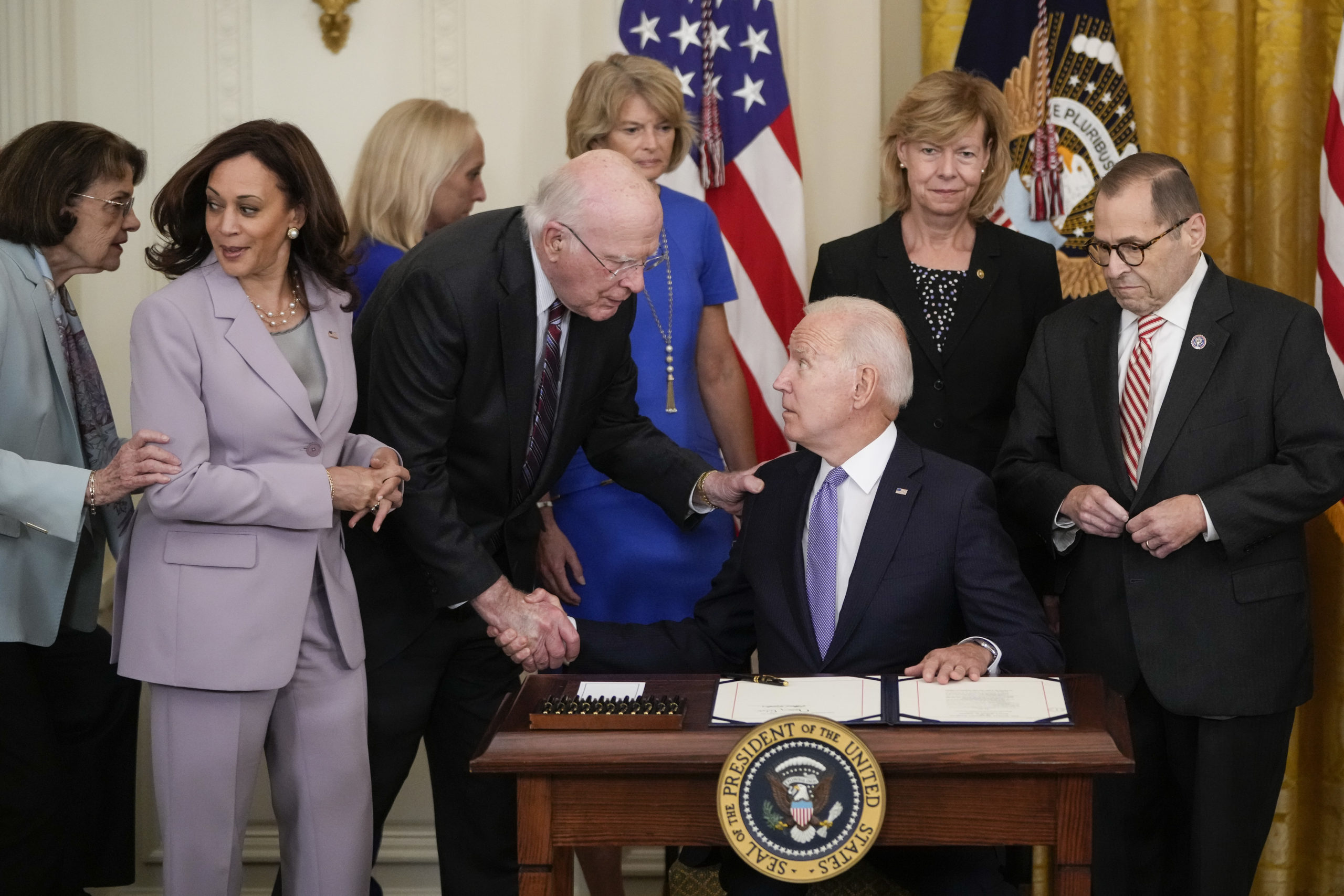 Leahy was lauded by several of his Republican colleagues after his announcement, including Republican Iowa Sen. Chuck Grassley, who recently announced that he was running for another term at age 89. Leahy, the chairman of the Senate Appropriations Committee, was also commended by Alabama Republican Sen. Richard Shelby, the committee’s ranking member, who is also retiring.

No Republicans have announced bids for Leahy’s seat, though several reports have floated that Democratic Rep. Peter Welch, Vermont’s lone House member, will launch a campaign. Some have also speculated that Vermont Gov. Phil Scott, a moderate Republican, may run, but he said through a spokesman Monday afternoon that the option was not on the table.

“Governor Scott has been clear that he is not running for the U.S. Senate next year,” the spokesman said. “That has not changed.”

Vermont Independent Sen. Bernie Sanders, who has served alongside Leahy since January 2003, has also yet to weigh in on Leahy’s successor.

In addition to being the dean of the Senate, Leahy is also an avid Batman fan, leading to several cameos throughout the series.