An internal poll shows former President Donald Trump up in the five states that President Joe Biden flipped as he flirts with a third White House bid in 2024.

Biden flipped Wisconsin, Michigan, Pennsylvania, Arizona and Georgia in 2020, handing him a decisive 306-232 Electoral College victory over Trump. But Trump’s internal poll shows him up in all five and leading in some by double-digits.

Trump has held rallies in several potential battleground states since leaving office, and he has constantly teased another presidential run in 2024. But he has also said that his focus is on the 2022 midterms, where Republicans are trying to erase Democrats’ five-seat House majority and win back a 50-50 Senate. (RELATED: Jim Jordan On Trump 2024; ‘I Think He’s Gonna Run’) 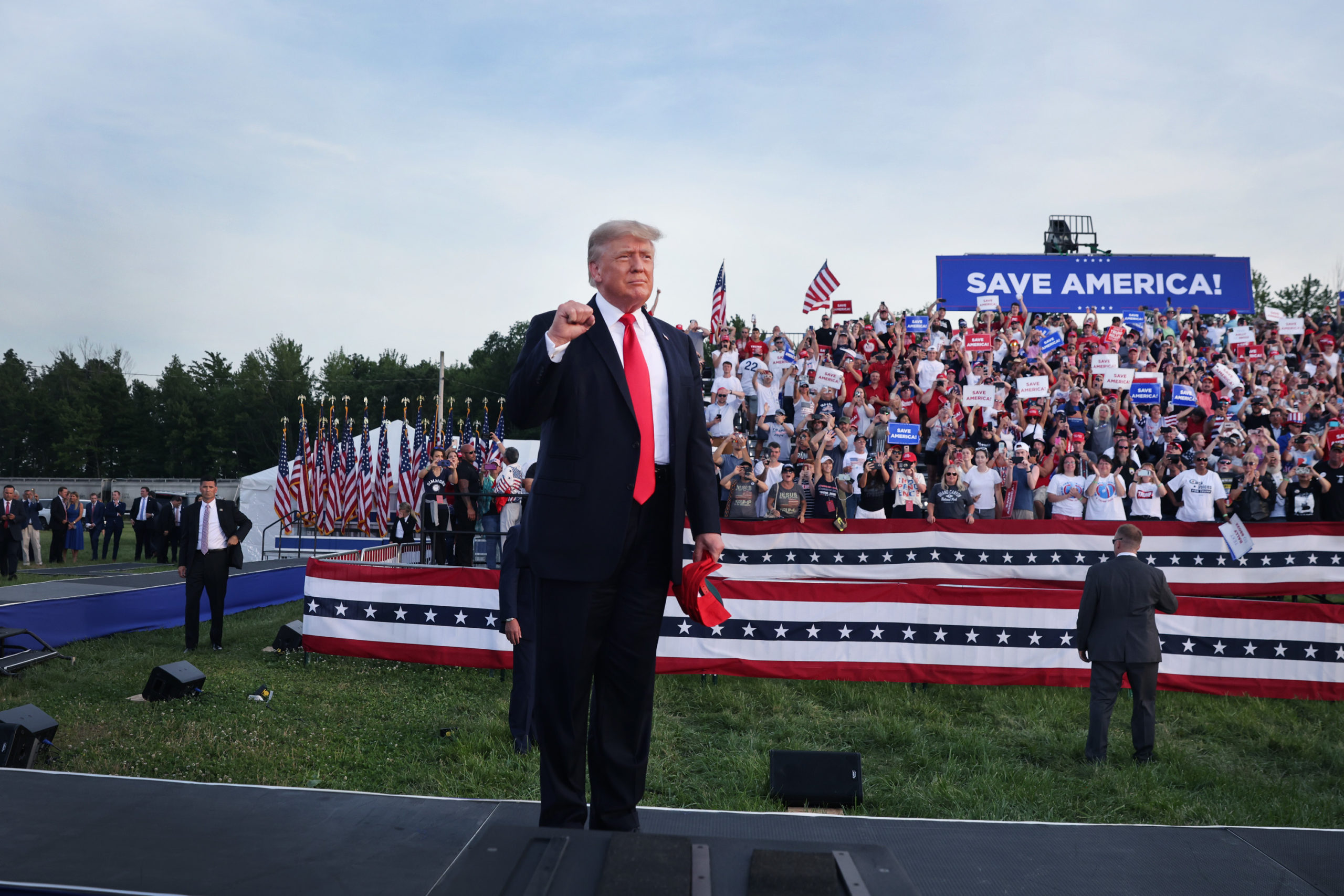 The poll also found that Trump was viewed more favorably than Biden in the five states. He received at least 50% approval in each, despite failing crack that margin in any of the five last November. (RELATED: ‘I’d Beat Him Like I’d Beat Everyone Else’: Trump Weighs In On Ron DeSantis 2024)

The internal poll was conducted from Nov. 11-16 among 600 likely voters in each of the five states, and it has a margin of error of four points.