On Monday, Americans paid an average of $3.40 per gallon, a more than 60% increase compared to Thanksgiving week last year, according to the EIA. The cost of gasoline has been most affected by rising crude oil prices as demand for energy continues to outpace supply worldwide, the agency said.

“Crude oil prices are the primary determiner of U.S. gasoline prices, and the crude oil price made up 57% of the total cost to produce a gallon of gasoline in October 2021,” it continued.

While oil prices are historically seasonal, rising in the summer and falling as temperatures cool, they surged in October, according to the EIA. As a result, gas prices recorded a year-over-year October rise greater than any single month since the federal government started tracking the figure in 1990.

Still, the EIA projected that prices would begin a downward trend beginning in December. They have already shown signs of leveling off, AAA data showed. 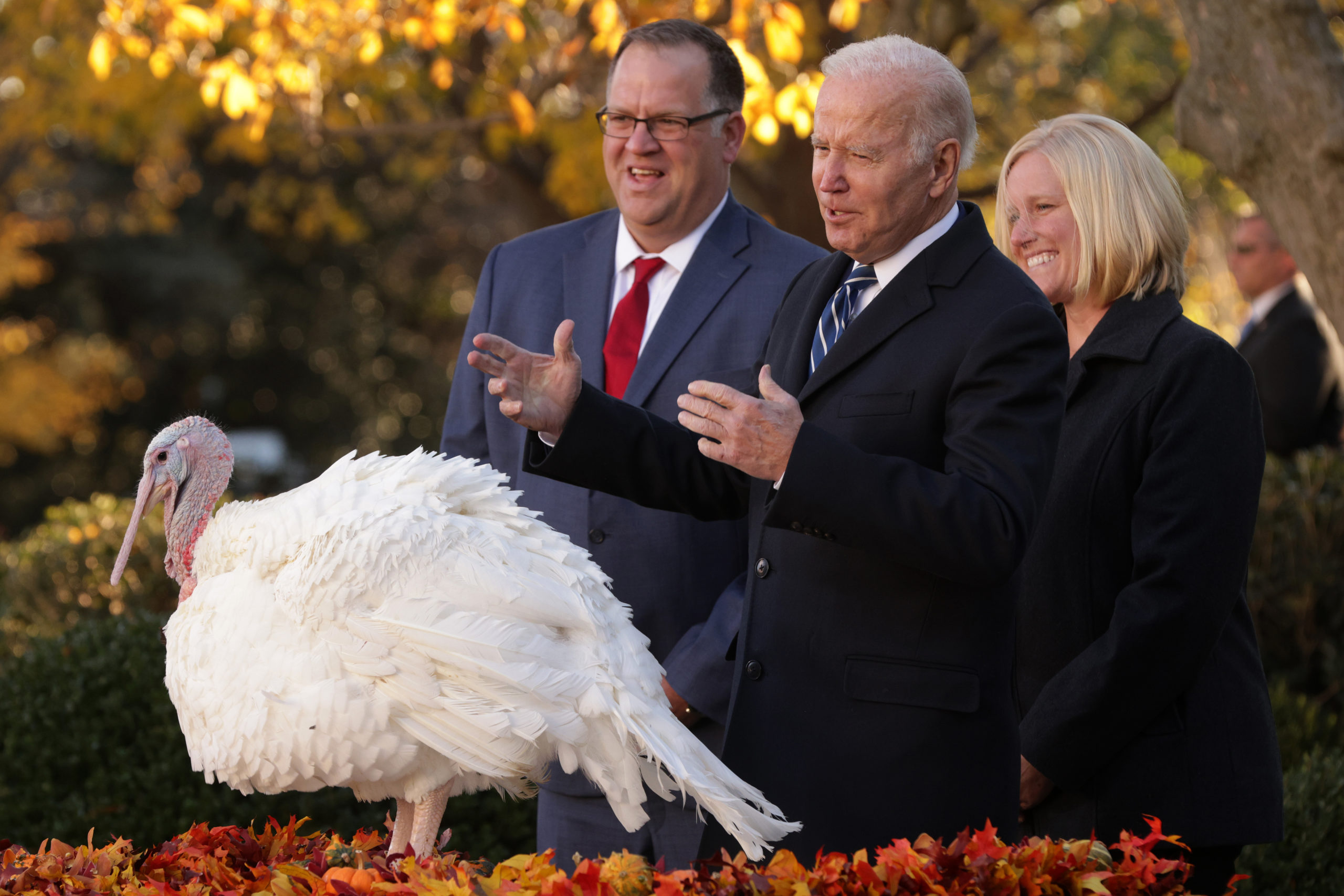 On Tuesday, President Joe Biden ordered the Department of Energy to tap into the U.S. Strategic Petroleum Reserve and release 50 million barrels of oil to ease domestic supply strains. However, the move will provide just 2-3 days worth of U.S. oil supply.

“I will do what needs to be done to reduce the price you pay at the pump — from the middle-class and working families that are spending much too much, and it’s a strain,” Biden remarked during a televised speech. “And they’re -– you’re the reason I was sent here: to look out for you.”

The move was slammed by conservatives and energy industry experts, who said it was short-sighted. Democratic West Virginia Sen. Joe Manchin also criticized the move, saying the president should instead reconsider his decision to cancel the Keystone XL pipeline which would’ve increased the U.S. oil supply.

“Today’s release from the Strategic Petroleum Reserve is an important policy Band-Aid for rising gas prices but does not solve for the self-inflicted wound that shortsighted energy policy is having on our nation,” Manchin said in a statement.

“With an energy transition underway across the country, it is critical that Washington does not jeopardize America’s energy security in the near term and leave consumers vulnerable to rising prices,” Manchin said.