Senate Republicans blocked the passage of the annual defense bill after they and their Democratic colleagues failed to agree on rules governing amendment votes to the legislation.

The bill needed 60 votes to break a filibuster, but failed 45-51. Senate Minority Leader Mitch McConnell came out against the bill Monday afternoon over what he alleged was a flawed amendment process.

“The Democratic leader … now wants to block the Senate from a real debate on a real amendment process,” McConnell said on the floor, invoking Majority Leader Chuck Schumer. “So, if [Schumer] insists on forcing a cloture vote later today, I’ll oppose cutting off these debates prematurely when they have really just begun.”

“No matter how important [the National Defense Authorization Act] is, that doesn’t mean that we’ll accept the fact that Senator Schumer wants to jam it through the Senate without adequate consideration,” Inhofe said on the floor. “Let me be clear, Senator Schumer has put us in this position today.” (RELATED: Israel’s Iron Dome Funding Sails Through The House After Being Omitted From NDAA) 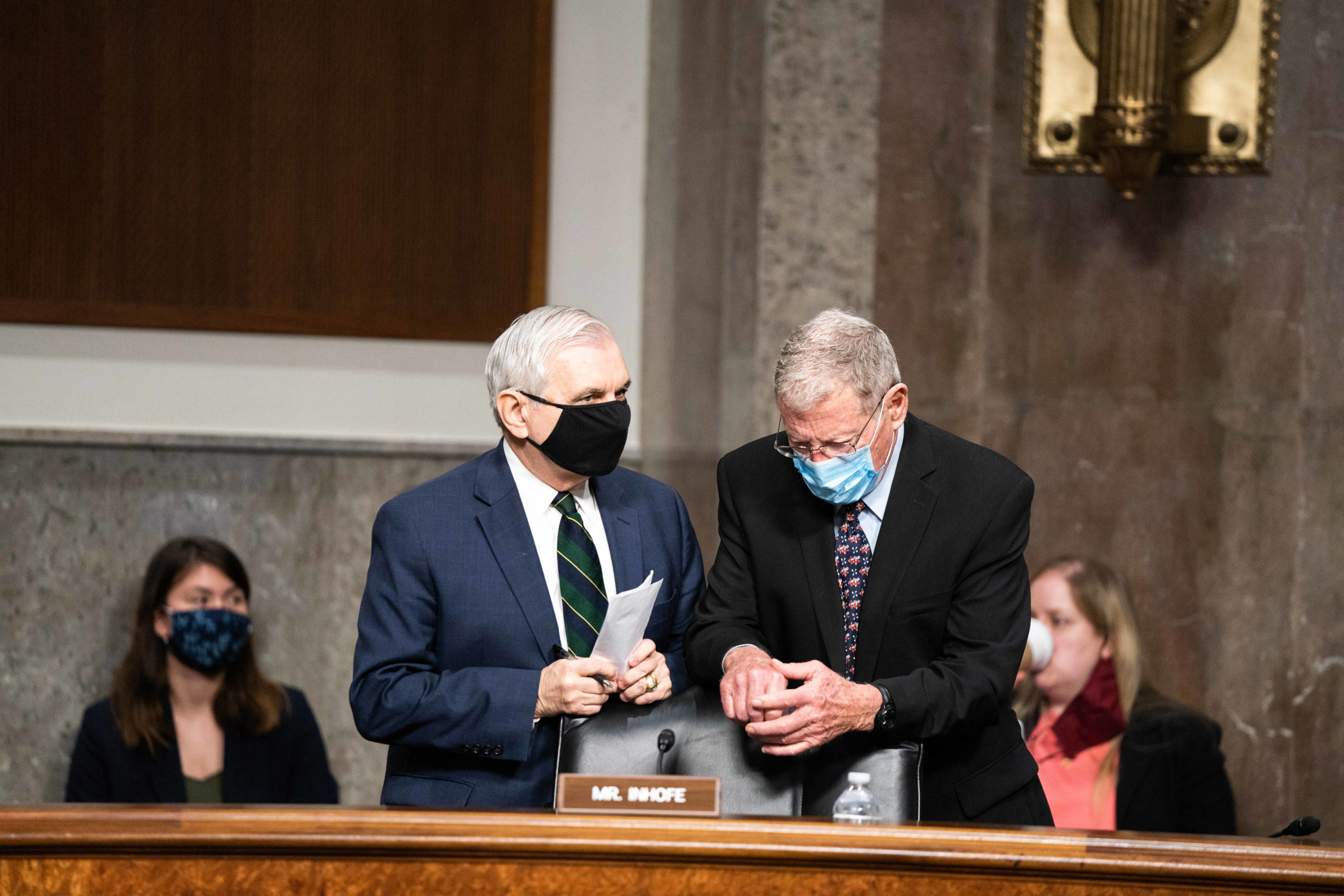 Sens. Jack Reed and Jim Inhofe, the top two senators on the Senate Armed Services Committee talk prior to a hearing on the NDAA in March. (Anna Moneymaker-Pool/Getty Images)

Inhofe and Rhode Island Democratic Sen. Jack Reed, the committee’s chair, agreed to vote on a package of amendments before Thanksgiving that included a vote on stripping language that would require women to register for the Selective Service and a vote to repeal the 2002 Iraq authorized use of military force, but Republicans objected to that as well since several of their amendments were omitted. (RELATED: Bipartisan Trio Joins Forces In An Attempt To Claw Back War Powers From President)

Reed criticized the GOP-led effort on the Senate floor, saying that some of the amendments Republicans were pushing for were unrelated to the bill, which has passed every year for six decades and which sailed through the House with bipartisan support in September.

“I think we should move forward for the benefit of the men and women of the armed services,” Reed said. “We’re not talking about 100 amendments that we have to consider. We’re talking about a handful of senators who didn’t get their way.”