Infighting among House Republicans is only growing after a verbal fight between Reps. Lauren Boebert, a Republican from Colorado, and Ilhan Omar, a Democrat from Minnesota, broke out last week.

The feud sparked after Boebert suggested that a Capitol Police officer appeared concerned that Omar was a terrorist, to which the Republican replied that “[Omar] doesn’t have a backpack,” so “we should be fine.” Boebert’s comments were widely seen as Islamophobic, and Omar shot back, saying that the entire story was false.

In response to Boebert’s comments, House Democrats pressured Minority Leader Kevin McCarthy to discipline her, with several floating censure and committee removal. But after Boebert apologized, the feud quickly grew after she posted a video Monday detailing how she and Omar demanded public apologies from one another, resulting in Omar hanging up on her. (RELATED: House Votes To Censure And Strip Gosar Of Committees) 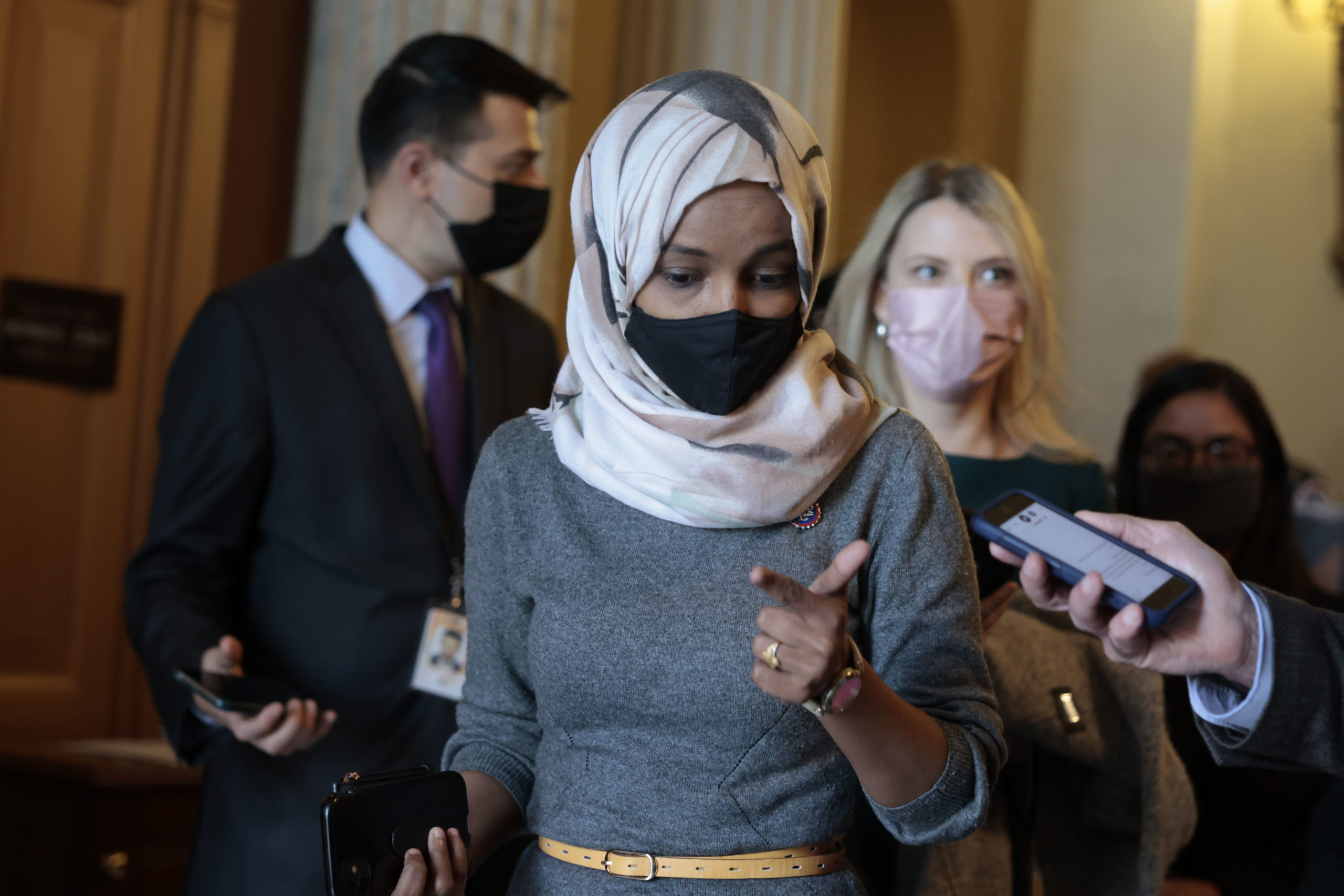 Rep. Ilhan Omar speaks with a reporter as she leaves the U.S. Capitol Building on November 16. (Anna Moneymaker/Getty Images)

One Republican who weighed in was South Carolina Rep. Nancy Mace, who went on CNN and criticized Boebert’s remarks.

“I have time after time condemned my colleagues on both sides of the aisle for racist tropes and remarks that I find disgusting and this is no different than any others,” Mace said. “We have a responsibility to lower the temperature, and this does not do that.”

“Mace you can back up off of [Boebert] or just go hang with your real gal pals, the Jihad Squad,” Greene said, invoking the group of left-wing Democrats. “Your out of your league.”

Mace quickly shot back, defending her conservative credentials. “What I’m not is a religious bigot (or racist),” she replied. “You might want to try that over there in your little ‘league.’”

And, while I’m correcting you, I’m a pro-life fiscal conservative who was attacked by the Left all weekend (as I often am) as I defied China while in Taiwan.

What I’m not is a religious bigot (or racist). You might want to try that over there in your little “league.” https://t.co/nIbqjiJaFH