Trump had vowed to back a challenger against Kemp for months after the Republican governor refused to overturn President Joe Biden’s win in the state in 2020. Perdue, who lost his Senate seat in a runoff in January, officially launched his campaign Monday morning.

“Kemp has been a very weak Governor – the liberals and RINOs have run all over him on Election Integrity, and more,” Trump said in a statement. “Most importantly, he can’t win because the MAGA base – which is enormous – will never vote for him.” 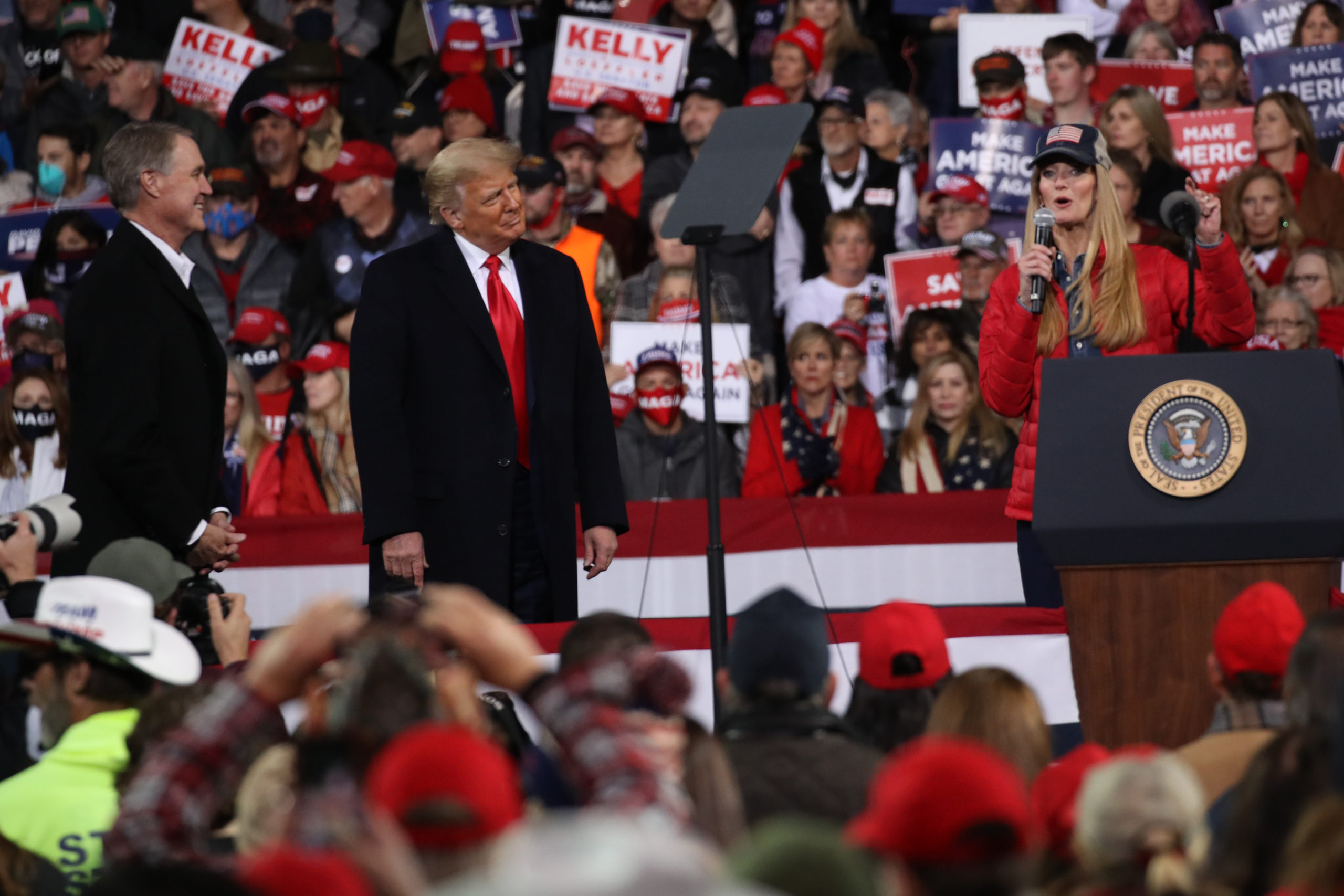 Then-President Donald Trump attends a rally in support of then-Sen. David Perdue and Sen. Kelly Loeffler in December 2020. Both went on to lose their races. (Spencer Platt/Getty Images)

Trump has repeatedly pinned blame for the twin Senate losses on Kemp, a stance which Perdue echoed in his announcement Monday.

“He failed all of us, and he cannot win in November. Instead of protecting our elections, he caved to [Democratic gubernatorial candidate Stacey] Abrams and cost us two Senate seats,” Perdue said, explicitly blaming Kemp for his own loss.

Trump also invoked Abrams, the likely Democratic nominee for governor in 2022, in his endorsement, saying that Perdue was the only candidate who could beat her. If Abrams and Kemp prevail in their respective primaries, it would lead to a rematch of one of the most hotly-contested governor’s races in recent years.

Georgia also faces a competitive Senate race, where Trump-endorsed NFL star Herschel Walker is the favorite to take on Warnock next year.

In the meantime, however, Kemp and Perdue face what may be an absolutely brutal Republican primary.