Executives of major oil companies slammed the aggressive global push to renewable forms of energy and warned that such policies could crash economies.

Crude oil and natural gas continue to be key to the world economy’s health and cannot be discounted, CEOs of ExxonMobil, Chevron, Halliburton and Saudi Aramco said during the ongoing World Petroleum Congress in Texas on Monday. The executives agreed that climate change should be addressed, but not to the detriment of current energy needs.

“I understand that publicly admitting that oil and gas will play an essential and significant role during the transition and beyond will be hard for some,” Saudi Aramco CEO Amin Nasser said during his remarks at the summit, the Financial Times reported.  People “assume that the right transition strategy is in place. It’s not,” Nasser said, Reuters reported. “Energy security, economic development and affordability are clearly not receiving enough attention.”

“But admitting this reality will be far easier than dealing with energy insecurity, rampant inflation and social unrest as the prices become intolerably high and seeing net zero commitments by countries start to unravel,” Nasser said.

Nasser said that the world is undergoing a “chaotic energy transition” with “highly unrealistic” assumptions about the future of the industry, according to the FT. (RELATED: Renewable Energy Experts Cast Doubt On Biden’s Wind Power Plans)

In November, world leaders gathered at the COP26 United Nations climate change summit to discuss plans for quickening the world’s transition to renewable energy and curbing greenhouse gas emissions. Nations agreed to a global methane pledge, a pact for protecting forests and a commitment to helping developing nations finance their green ambitions. 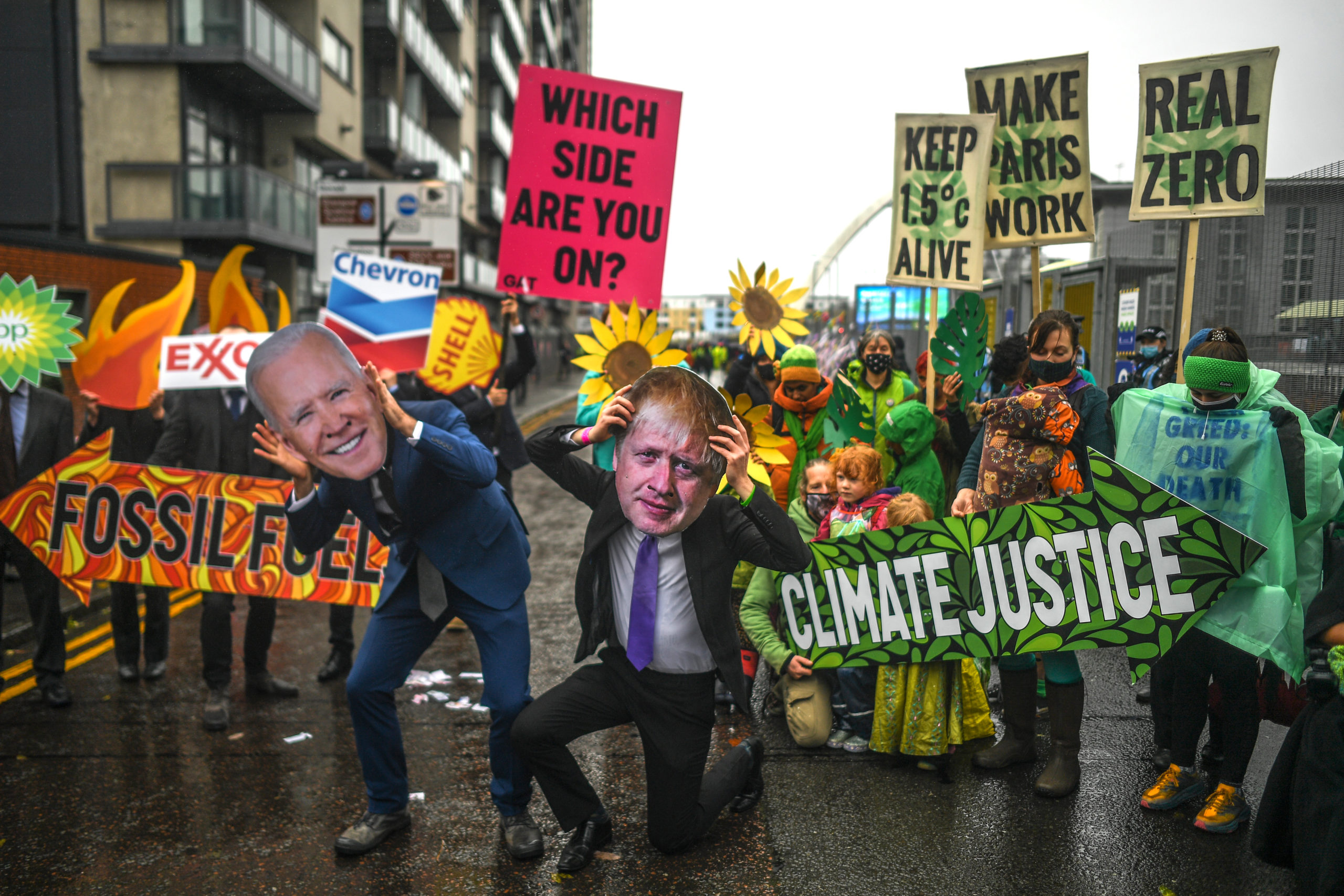 Protesters wearing masks of Boris Johnson and Joe Biden protest outside the entrance to the COP26 conference on Nov. 12 in Glasgow, United Kingdom. (Peter Summers/Getty Images)

“This is the decade that will determine the answer. This decade,” President Joe Biden said during a speech at the conference on Nov. 1. “The science is clear: We only have a brief window left before us to raise our ambitions and to raise — to meet the task that’s rapidly narrowing.”

Biden pledged to curb U.S. emissions 50% by 2030, decarbonize the power grid by 2035 and achieve a net-zero emissions economy by 2050, goals that some experts believe are overly ambitious. The European Union has made similar pledges under its so-called European Green Deal.

But COP26 took place amid an energy crisis facing much of Europe and Asia. Gasoline and heating costs are at multi-year highs and are expected to remain there throughout the winter. (RELATED: Is The Shift To Renewable Energy Propelling Us Into An Energy Crisis?)

“The fact remains, under most credible scenarios, including net zero pathways, oil and natural gas will continue to play a significant role in meeting society’s need,” Exxon CEO Darren Woods remarked Monday, according to Reuters.