The West Virginia senator suggested that a proposed methane fee that would fine companies emitting more than a predetermined limit was unnecessary given existing environmental protections, The Washington Post reported. In November, the Environmental Protection Agency unveiled regulations that it said would cut methane emissions by 41 million tons.

“If they’re basically complying with the regulations, then they shouldn’t be subject to the fee,” Manchin told reporters Wednesday evening. (RELATED: Democrats Launch Another Probe Into Fossil Fuel Industry Over Emissions Data)

Manchin, who chairs the Senate Energy and Natural Resources Committee, holds a key role in determining what is ultimately included in the bill, the Build Back Better Act, given the Senate’s 50-50 split and his moderate views. He previously delivered the death knell for a carbon tax provision and a sweeping $150 billion clean energy program included in past versions of the package.

On Tuesday, Manchin insisted that he is “not a liberal” when asked about the Democratic Party’s move to the left at The Wall Street Journal’s CEO Council Summit. Manchin also suggested that the federal government should be careful before pushing forward with large spending. 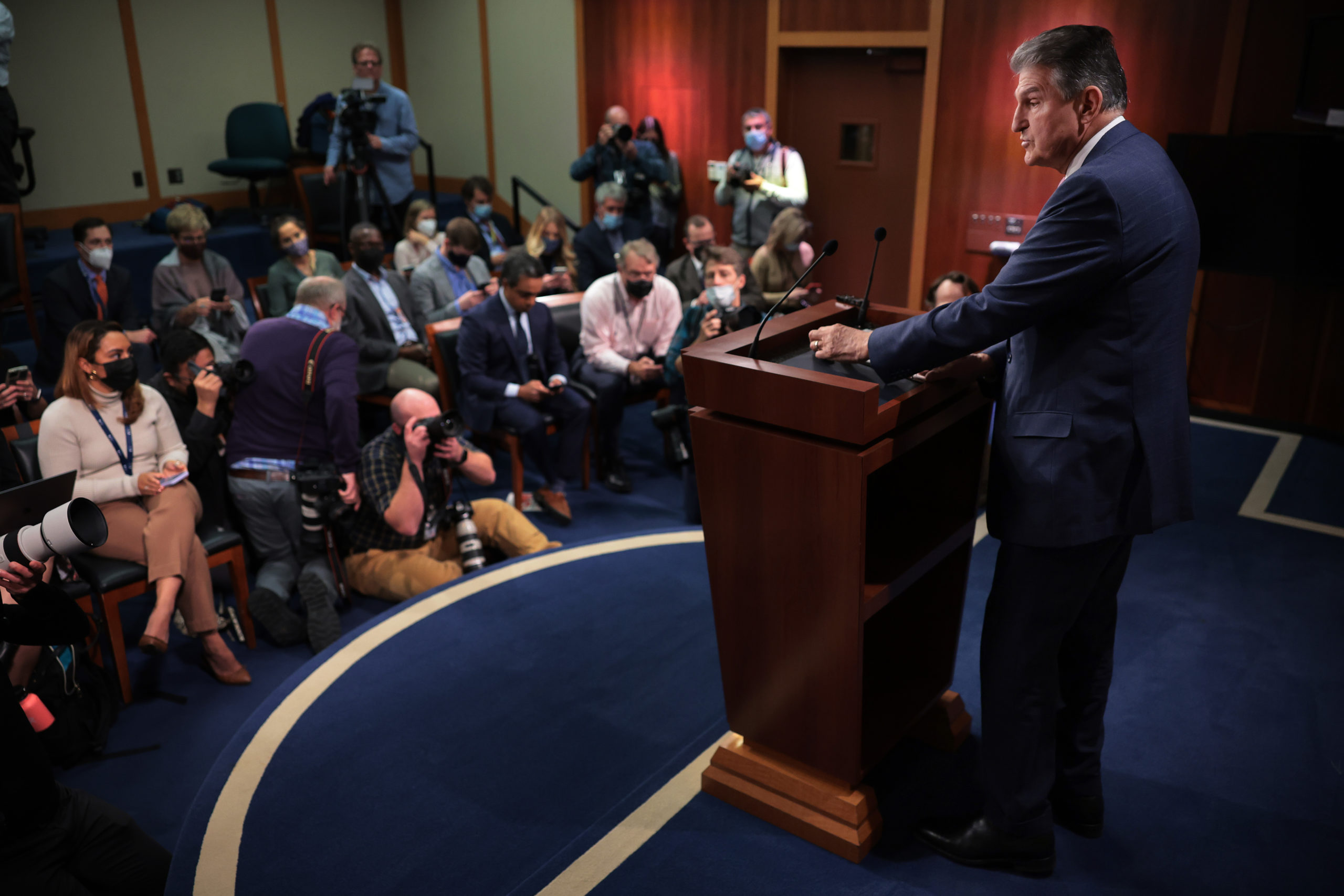 “The unknown we’re facing today is much greater than the need that people believe in this aspirational bill that we’re looking at,” Manchin said in the interview with the WSJ. “We’ve gotta make sure we get this right. We just can’t continue to flood the market, as we’ve done.”

“We’ve done so many good things in the last 10 months, and no one is taking a breath,” Manchin said. (RELATED: Biden Climate Pact Hobbles US Manufacturing And Agriculture But Gives China, India, Russia A Pass)

Leading energy industry groups, meanwhile, have come out in stark opposition to the methane fee in the House-approved version of the bill. In September, the Independent Petroleum Association of America and American Gas Association wrote a letter to Congress along with several other groups, advocating against the methane fee’s inclusion in the legislation.

“New fees or taxes on energy companies will raise costs for customers, creating a burden that will fall most heavily on lower-income Americans,” the letter said. “These major new costs most likely will result in higher bills for natural gas customers, including families, small businesses, and power generators.”