At the time the woman was hospitalized, the country was dealing with overcrowded hospitals, as smoke from wildfires in both Canada and the United States hit Canadians. The historic temperatures broke several records and killed around 600 people in British Colombia, NBC News reported. 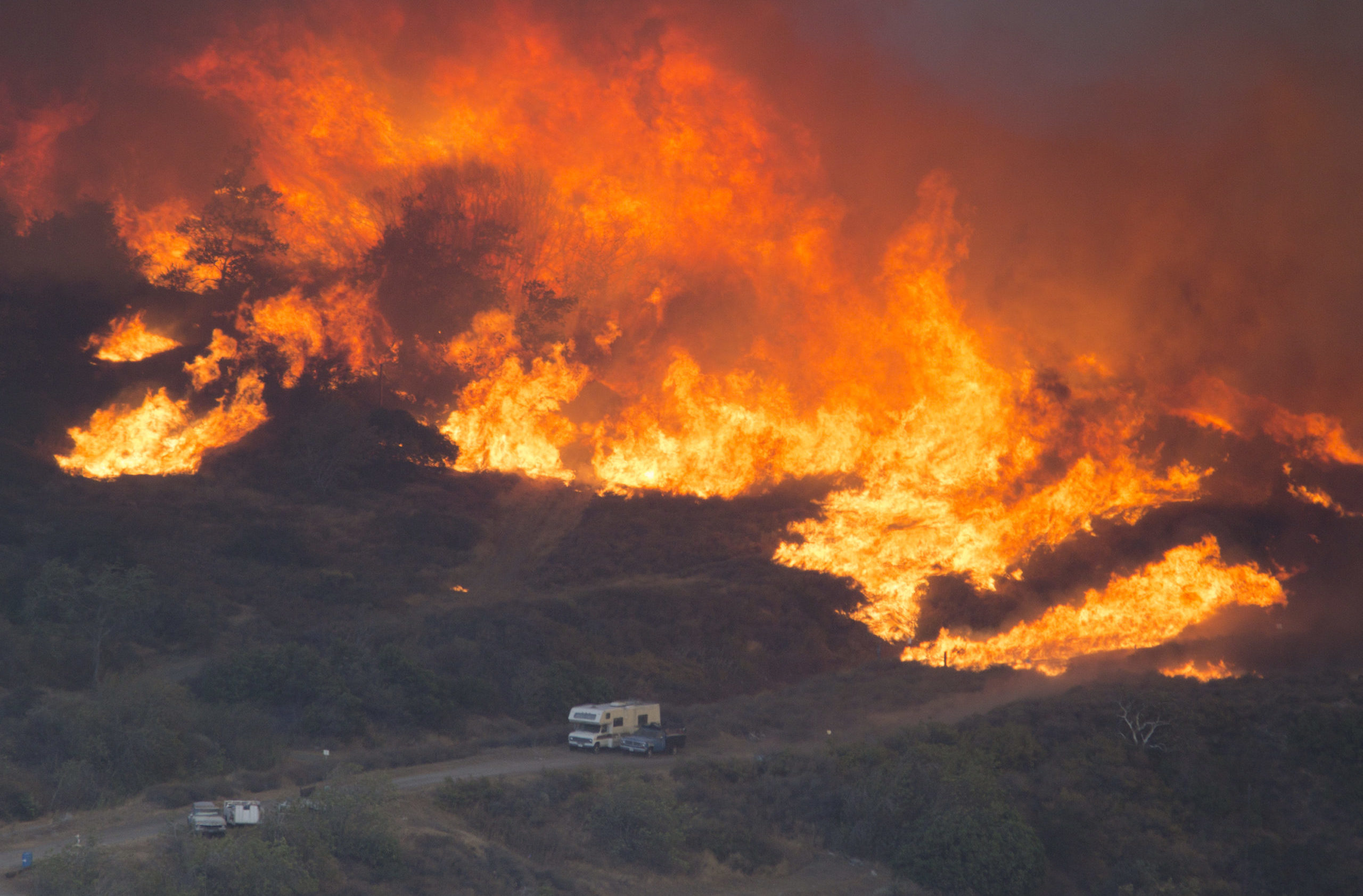 WRIGHTWOOD, CA – AUGUST 17: Flames close in on cars parked along a country road at the Blue Cut Fire on August 17, 2016 near Wrightwood, California. An unknown number of homes and businesses have burned and more than 80,000 people are under evacuation orders as the out-of-control wildfire spread beyond 30,000 acres and threatens to expand into the ski resort town of Wrightwood. (Photo by David McNew/Getty Images)

“I think that we’ve learned that climate change is essentially required in order for it to get that hot where we live,” Merritt said, according to NBC News. “Without the heat, she would not have been admitted to hospital. So I thought it was accurate.”

Merritt’s unique diagnosis was mentioned in a statement released by the physician-activist organization “Doctors for Planetary Health,” as they planned a protest in Victoria, British Colombia, and another in Merritt’s hometown of Nelson, the outlet reported. (RELATED: Green Energy Push Is Contributing To Forced Labor, Slavery)

“It’s a provocative action, but certainly the science is there to substantiate it,” said Dr. Jay Lemery, an emergency medicine physician. Lemery, the co-founder of the University of Colorado School of Medicine’s climate health program, said he is committed to bringing “climate and health data to the bedside.”

Merritt’s received mostly positive feedback after his diagnosis but also said he received some negative phone calls and emails for treating climate change “as a real thing,” according to NBC News. The patient was successfully treated.