Mexico doubled down on its criticism of the Democrats’ Build Back Better Act, arguing that a provision favoring U.S. automakers violates the recently-signed United States-Mexico-Canada Agreement (USMCA).

Both the Mexican and Canadian governments have fought against the Democrats’ proposal which would include the largest tax credits for American, union-made electric vehicles, according to The Hill. The legislation, which passed the House and is pending Senate approval, would give consumers a $12,500 tax credit when they purchase an electric vehicle made in the U.S. with union labor, $4,500 more than the credit for non-union and foreign electric cars.

“I think it’s very legitimate that we search for a way to move toward electric vehicles and toward electromobility,” Mexican Undersecretary for Foreign Trade Luz María de la Mora told The Hill. “That issue is not up for discussion, it’s not being questioned that the industry is moving in that direction.”

“If it’s done using fiscal incentives, we also don’t disagree,” de la Mora continued. “What we do disagree with, that worries us, is that these fiscal incentives are conditional on the vehicles being produced in the United States.” (RELATED: Big Oil CEOs Thumb Nose At Green Energy Transition, Say Fossil Fuels Still Have ‘Essential Role’)

De la Mora compared the tax credits to the 25% tariffs that former President Donald Trump threatened Mexico with as border crossings increased, The Hill reported. Shortly before the tariffs were set to go into effect, though, the two sides came to an agreement and the U.S. suspended the levies. 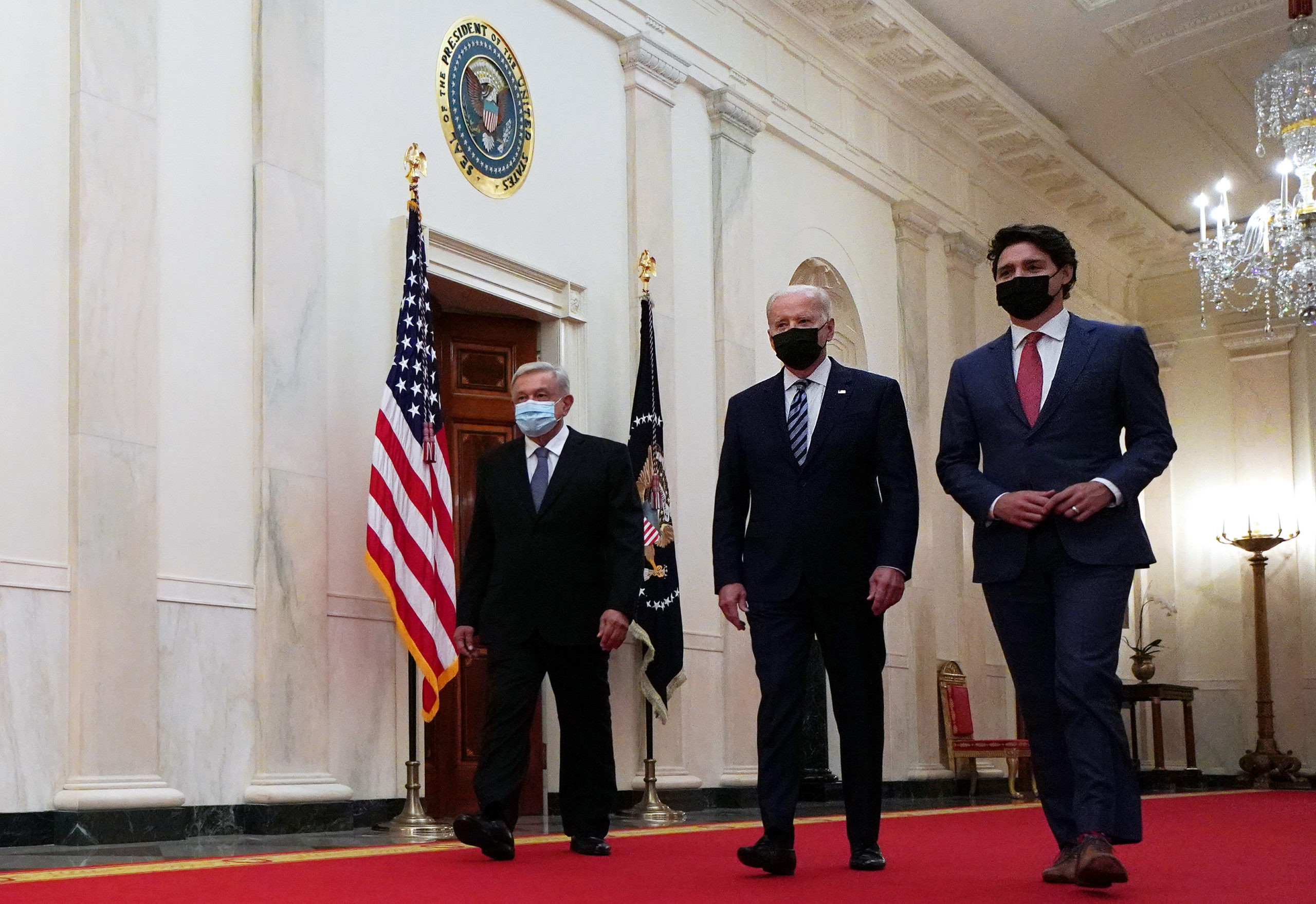 Mexican Economy Minister Tatiana Clouthier recently said she is reviewing the “discriminatory” tax credit and that Mexico could possibly retaliate with tariffs, Reuters reported. She, like de la Mora, said the credit would violate the USMCA.

Mexican Automotive Industry Association Director-General Fausto Cuevas warned that the brewing trade war wouldn’t help either side, according to Reuters.

“This would lead us to a trade war,” Cuevas said, Reuters reported. “That does not benefit what we are really looking for, which is the regional integration of the industry.”

Canadian Prime Minister Justin Trudeau, meanwhile, communicated his problems with the provision directly to President Joe Biden during a White House summit on Nov. 18, according to Politico. Trudeau’s deputy, Chrystia Freeland, said the Canadian government is “certain” the current language would violate the USMCA.

“We underlined to what point this would be a big problem for auto production in Canada,” Trudeau said at a news conference following the summit, Politico reported. “We very clearly underlined our position.”

However, the U.S. Trade Representative’s office stood by the legislation, Reuters reported.

The USMCA, which went into effect in 2020, was negotiated by the Trump administration as a replacement for the North American Free Trade Agreement. It established fresh rules on trade and tariffs between the three North American nations.