Former President Donald Trump thanked President Joe Biden after the leader of the U.S. gave the former administration credit Tuesday for getting vaccines to the American public.

Biden, while giving remarks on the efforts to combat the Omicron variant, noted that the U.S. was “one of the first countries to get the vaccine” and thanked “the prior administration and our scientific community.” Biden’s acknowledgment of the prior administration’s efforts marked a rare moment of unity between the two presidents.

“I’m very appreciative of that — I was surprised to hear it,” Trump said in response, according to Fox News. “I think it was a terrific thing, and I think it makes a lot of people happy.” (RELATED: Biden Says He’s ‘Considering Reversing’ South African Travel Ban Now That Omicron Is Present In US)

“I think he did something very good,” Trump added. “You know, it has to be a process of healing in this country, and that will help a lot.” 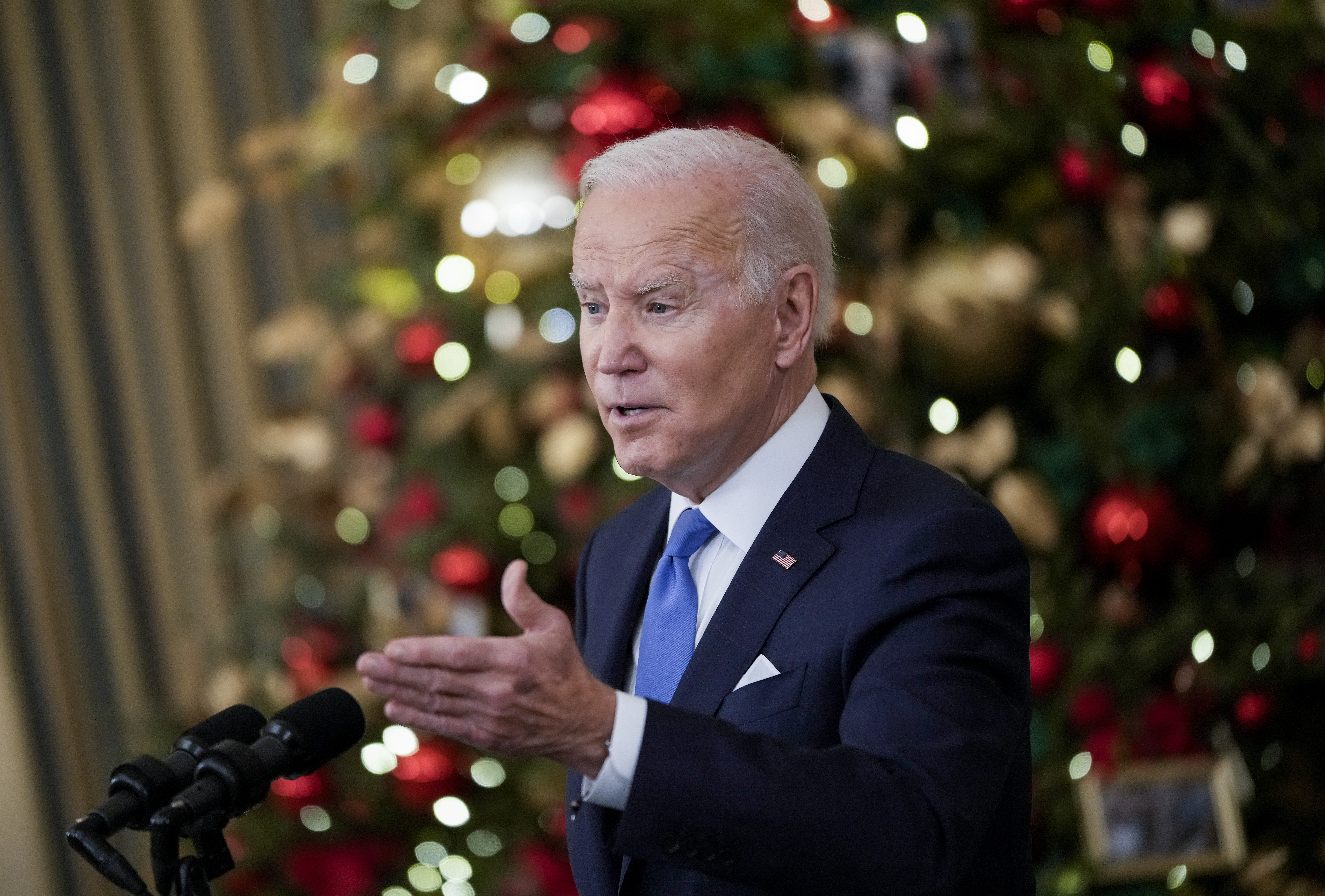 WASHINGTON, DC – DECEMBER 21: U.S. President Joe Biden speaks about the omicron variant of the coronavirus in the State Dining Room of the White House, December 21, 2021 in Washington, DC. As the omicron variant fuels a new wave of COVID-19 infections, Biden announced plans that will expand testing sites across the country, distribute millions of free at-home tests and boost federal resources to hospitals in need. (Photo by Drew Angerer/Getty Images)

Biden’s comments were referring to the Trump administration’s Operation Warp Speed, which helped facilitate the creation of vaccines when the COVID-19 pandemic first began. The Biden administration has previously been reluctant to give Trump credit for COVID-19 vaccines.

The president made more than one reference to Trump during Tuesday’s speech. Biden also noted that Trump had gotten the booster shot, telling Americans that it might be “one of the few things he and I agree on.” Trump revealed he got the booster shot during a live event Sunday with Bill O’Reilly, and his admission prompted a few boos from crowd members.

The former president went on to suggest that convincing people to get the vaccine is “a question of tone” and “trust.” He also gave credit to natural immunity, pointing out that those who have already had COVID-19 may be “in pretty good shape of not getting it again, or getting it in a much lighter way.”