Messaging groups on both the left and the right have targeted Democratic West Virginia Sen. Joe Manchin with ad campaigns, and the deluge shows no signs of slowing down.

Throughout 2021, West Virginians have been bombarded with television, radio, and online ads urging them to contact Manchin with their stances on issues such as tax increases, child care, prescription drug pricing and abortion. As a potential tie-breaking vote in an evenly-split Senate, Manchin has pushed back on some of the furthest-left ideas proposed by his fellow Democrats, and has refused to eliminate the filibuster. (RELATED: ‘You’ve Used It Too’: Jake Tapper Corners Democratic Senator On Claim That Filibuster Is ‘Corrupt’ And ‘Abused’ By Republicans) 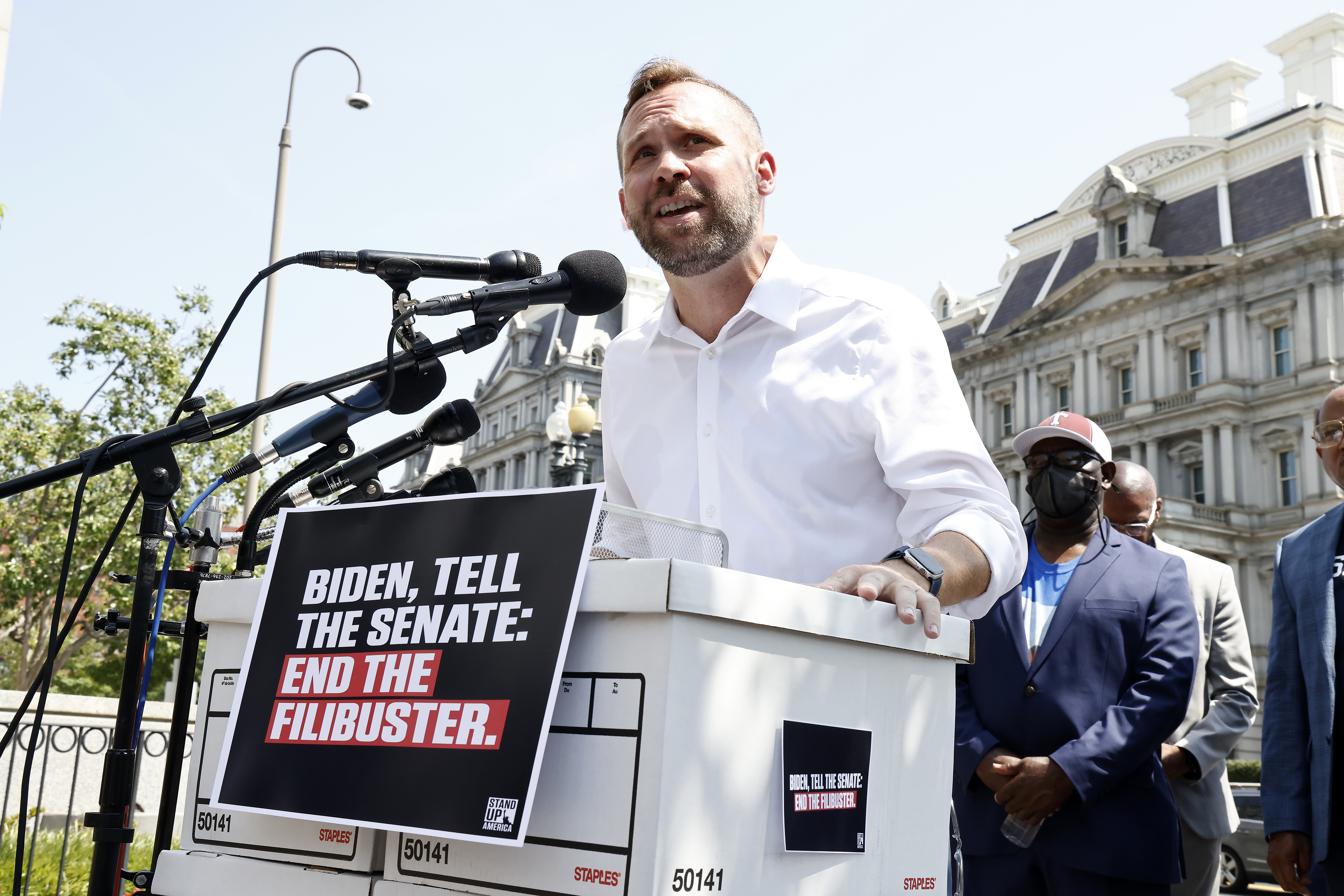 WASHINGTON, DC – AUGUST 12: Adam Smith, End Citizens United, along with Congresswoman Eleanor Holmes Norton and other voting rights advocates from across the country join to deliver a petition to the White House calling on President Biden to publicly urge the Senate to end the filibuster. (Photo by Paul Morigi/Getty Images for Stand Up America)

A right-leaning group, Maintaining Mountain Values, spent just over $100,000 during that time period on messaging against an infrastructure deal between Republicans and Democrats, according to Medium Buying. As debate over Build Back Better began to heat up, the group ran ads claiming that “America elected Biden, but got Bernie instead.”

On the left, the WV New Jobs Coalition, made up of the West Virginia Working Families Party, the Sierra Club, and the West Virginia Citizens Action Group, spent $250,000 on advertising shortly after Manchin announced his opposition to Build Back Better. The ad claims that the social spending package would decrease inflation.

In addition to traditional radio and television spots, many organizations targeted Manchin through Facebook advertisements. Groups like Americans for Prosperity, Business Roundtable and Susan B. Anthony List ran ads against Democratic legislation, while Patients for Affordable Drugs NOW and Future Majority promoted messaging in favor. Despite the state having only the 4oth-largest population in the country, advertisers spent the 25th-largest amount of money on Facebook political ads for West Virginia users between Sept. 27 and Dec. 25, according to the social media site’s disclosures.

The conservative America First Policy Institute (AFPI) jumped into the advertising fray on Dec. 15. It ran ads in every West Virginia radio market noting the Build Back Better bill’s impact on the coal and natural gas industries, as well as inflation and job off-shoring. AFPI’s messaging, which also included cable television and digital ad buys, was part of a campaign against the bill that included several conservative organizations. Shortly after AFPI began the media blitz, Manchin announced his opposition to the current form of the package.

“This has been a team effort, and it’s far from over,” AFPI President Brooke Rollins said in a statement to the Daily Caller. “Our goal at AFPI, and the goal of our Save America Coalition, has always been to use our resources efficiently and effectively to educate people about policies that would harm our way of life and that of American families, businesses, and workers. A proposal that would increase inflation, raise taxes, kill jobs, and prioritize the Chinese Communist Party over American workers is dangerous for everyone, regardless of party affiliation.”

Manchin’s office did not respond to the Daily Caller’s request for comment on the advertising efforts.