The price of gasoline is set to increase to $4 per gallon or more within five months, according to an industry analysis released Tuesday.

The gas price surge is forecasted to take place by Memorial Day in late May, according to the report from GasBuddy, an app that tracks pump prices, and shared with CNN. But the analysis said the average cost of gasoline at pumps nationwide would then fall throughout the summer and fall of 2022, declining below current prices.

“We could see a national average that flirts with, or in a worst-case scenario, potentially exceeds $4 a gallon,” Patrick De Haan, the director of petroleum analysis at GasBuddy, told CNN. (RELATED: ‘Mild Symptoms’: Stocks, Oil Surge To Highs As Investors Shake Off Omicron Concerns)

While the average price could surpass $4 per gallon by May, the forecast said it would most likely peak near $3.79 per gallon in May, CNN reported. In June and July, prices will reportedly decline slightly to about $3.78 per gallon and $3.57 per gallon, respectively, before dropping sharply.

“Demand has come roaring back,” De Haan said, according to CNN. “But supply is still catching up after getting cut greatly in 2020.” 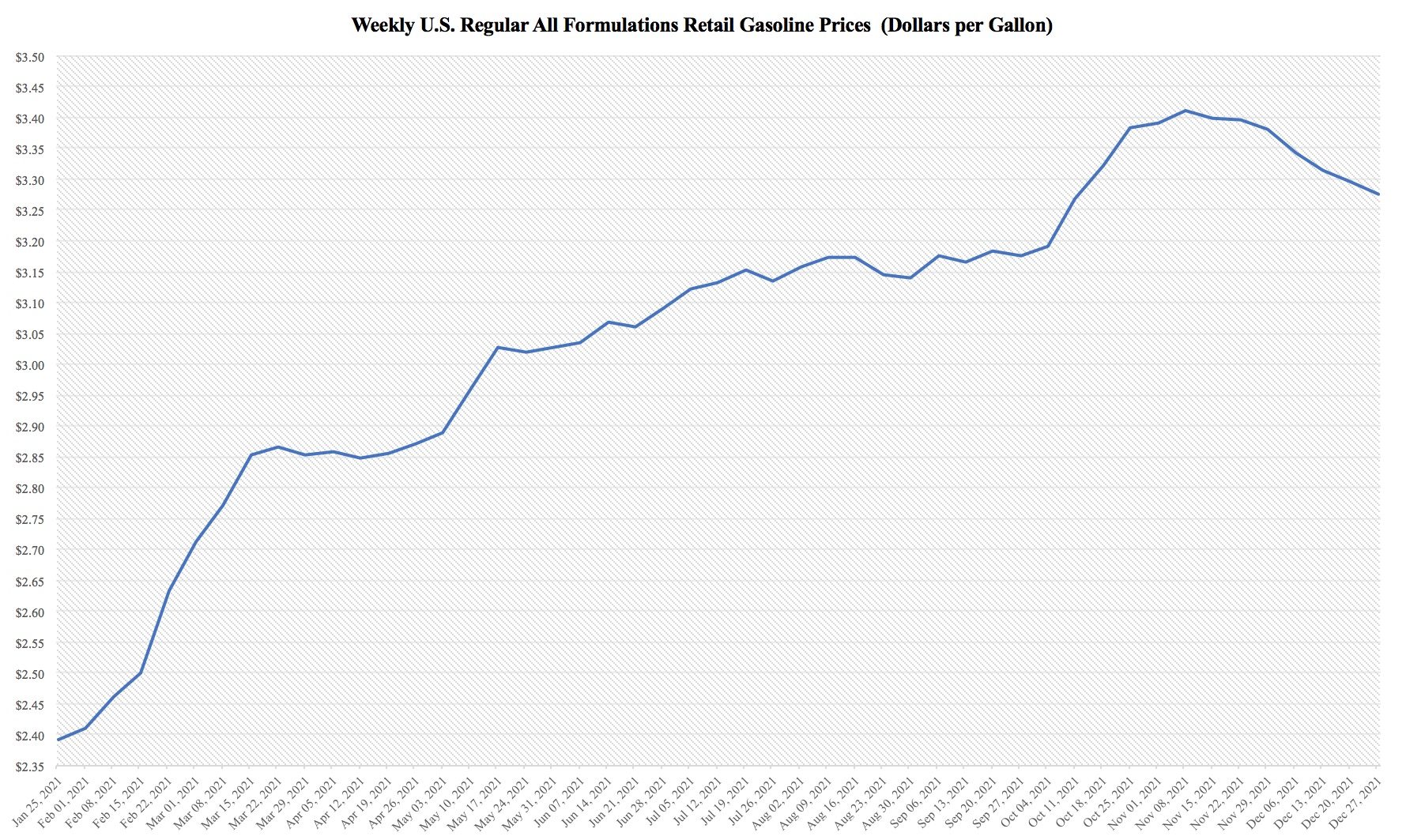 Gasoline prices have recently started to decline after spiking in the fall. (Data: Energy Information Administration)

Pump prices have declined nearly 4% since early November when they peaked at $3.41 a gallon, government data showed. The last time prices were that high was September 2014. (RELATED: ‘Will Not Fix The Problem’: Biden Releasing Oil Reserves Due To Politics, Critics Say)

Experts have attributed the decline to increasing coronavirus cases which could threaten the ongoing economic recovery from the pandemic. The White House, though, has credited President Joe Biden’s move to release 50 million barrels of oil from the Strategic Petroleum Reserve on Nov. 23 for the price drop.