“The attack did not result in any losses, as the remnants of the ballistic missile fell outside the populated areas,” the UAE’s state-run WAM news agency said Monday, the AP reported.

The incident is the latest in a string of attacks in the region, with UAE authorities intercepting two ballistic missiles over Abu Dhabi, the UAE’s capital, on Jan. 24. Hundreds in Yemen were wounded or killed by Saudi-led airstrikes on Jan. 21.

Herzog was in the country for the first official visit by an Israeli head of state to the UAE, the AP reported. Though the position is somewhat ceremonial in Israel, Herzog held extensive talks with Abu Dhabi’s powerful Crown Prince Sheikh Mohammed bin Zayed Al Nahyan on Sunday. 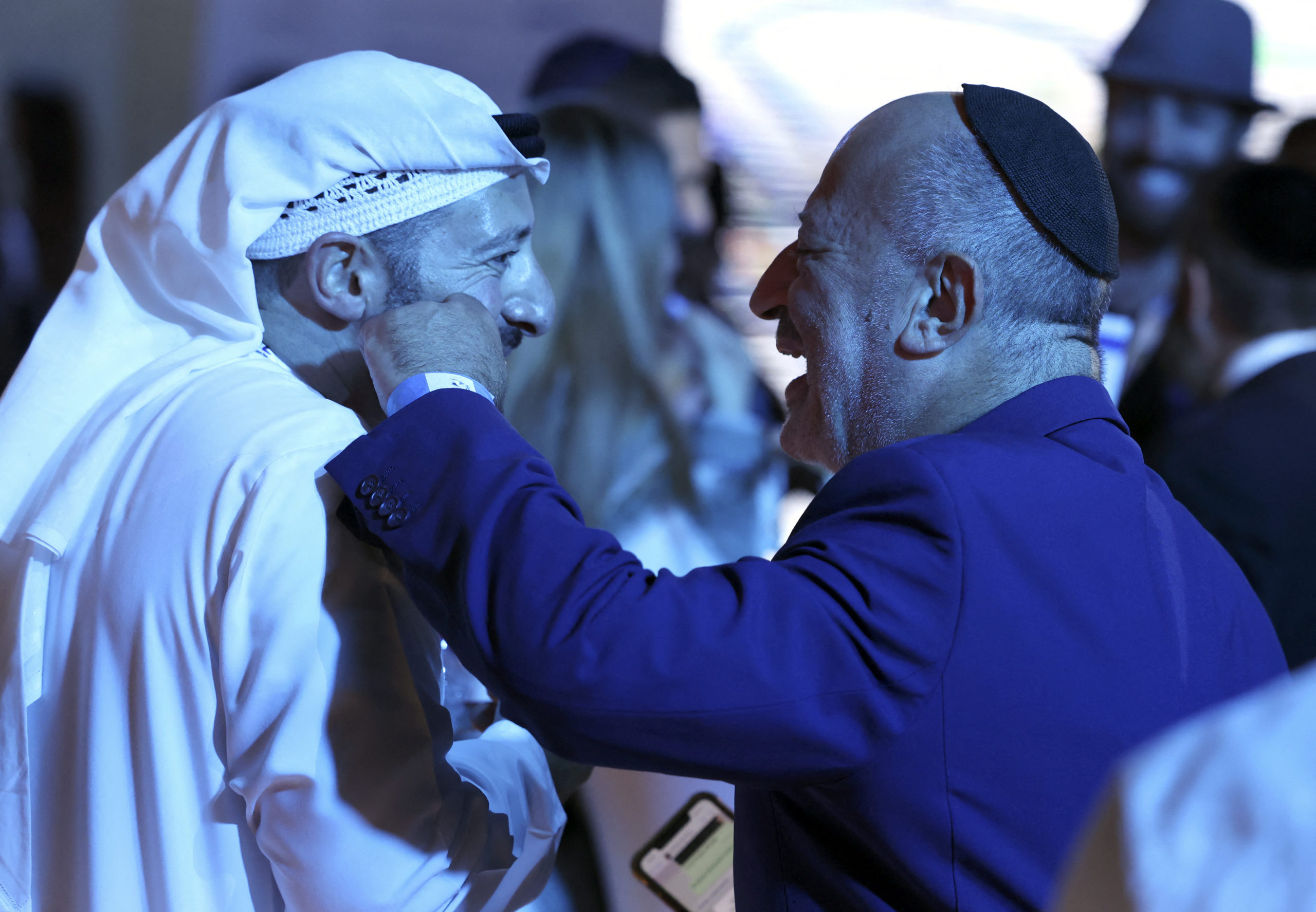 An Emirati and an Israeli man chat at Expo 2020 Dubai during Israel’s expo National Day in the gulf emirate on January 31, 2022. (Photo by KARIM SAHIB/AFP via Getty Images)

“The Emirates will remain an adversary as long as the actions of the Israeli enemy continue in Abu Dhabi and Dubai,” he said, the AP reported.

It was not immediately made clear where the remnants of the missile fell, and the civilian air traffic control agency said there would be no effect on travel, the AP reported. The UAE’s top prosecutor has reportedly warned that people who film or post images of such incidents may face criminal charges.