Newly leaked notes made during a White House Situation Room meeting as Taliban fighters gathered outside of Kabul, Afghanistan highlight the Biden administration’s lack of preparedness to deal with the ensuing evacuations.

The document, obtained and published in full by Axios on Tuesday evening, comes from the National Security Council’s (NSC) Deputies Small Group meeting. The meeting took place inside the White House Situation Room on August 14, 2021.

The obtained memo was the meeting’s “summary of conclusions” and details how officials were still scrambling to work out simple details for a mass evacuation in Afghanistan. In one note, the memo reveals officials had only then come to the agreement to contact locally employed staff to gauge interest levels “in relocation to the United States.” 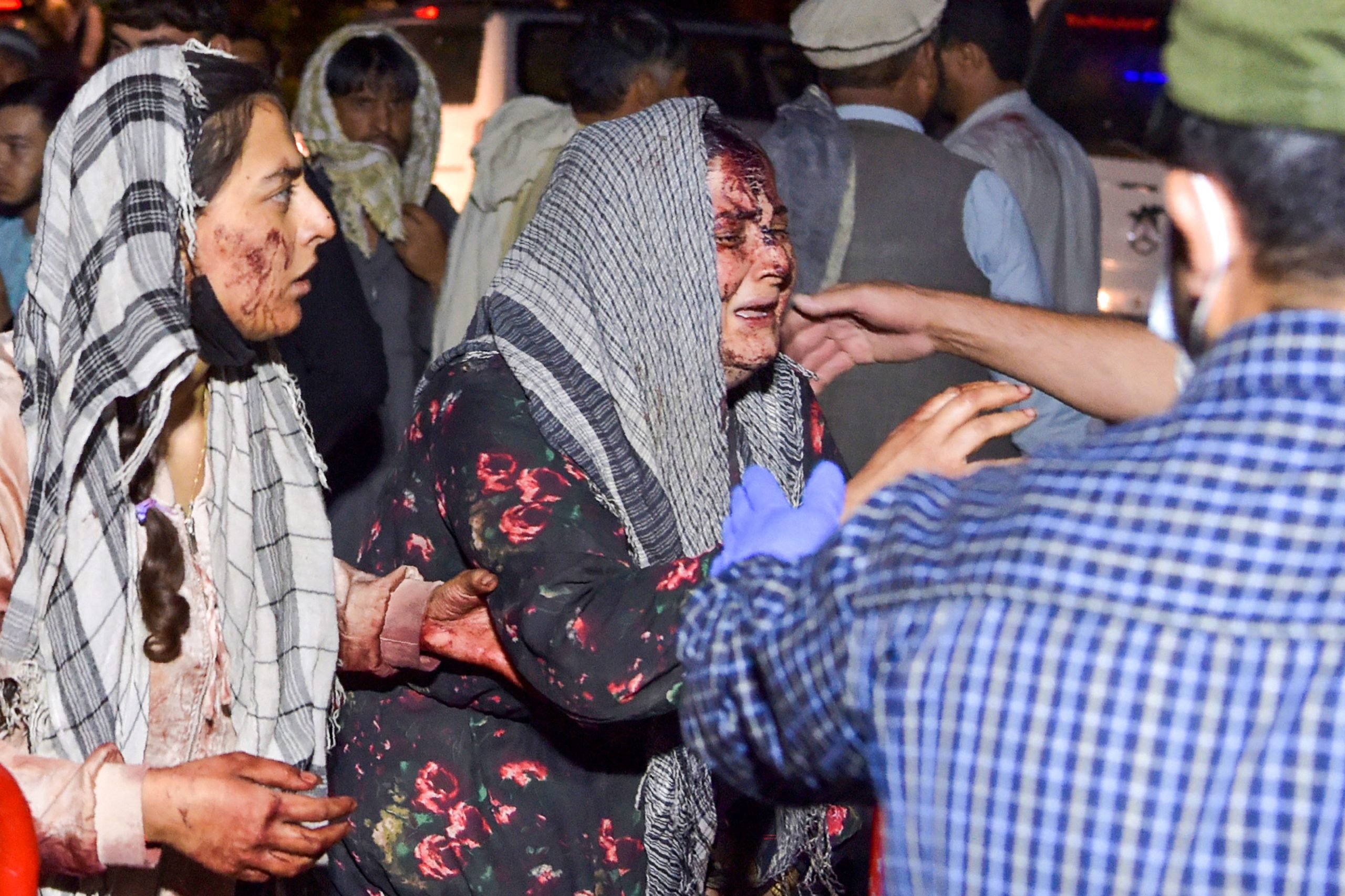 EDITORS NOTE: Graphic content / TOPSHOT – Wounded women arrive at a hospital for treatment after two blasts, which killed at least five and wounded a dozen, outside the airport in Kabul on August 26, 2021. (Photo by Wakil KOHSAR / AFP) (Photo by WAKIL KOHSAR/AFP via Getty Images)

The notes also reveal that officials hadn’t yet sorted out exactly what countries would be transit points for those needing to leave Afghanistan. (RELATED: Docs Reveal Biden Admin Was Warned About Rapid Afghan Air Force Collapse)

“State [Department] and DOD [Department of Defense] will begin planning transit processing for evacuees after departure from Kabul,” the document reads.

“The NSC staff will chair a small group discussion to explore ways to engage Canada and other third countries, such as North Atlantic Treaty Organization allies, to host Afghan allies at risk … who have either not been vetted or received limited vetting,” another portion of the memo reads.

Many of the action points put together during that meeting were labeled “Immediately,” indicating officials knew by that point that time was of the essence. While President Joe Biden’s administration did map out some plans prior to the fall of Kabul, the document reveals that many important points were left until it was too late.

The Biden administration has been widely criticized for what’s viewed as a chaotic end to the nearly 20-year war in Afghanistan. Polls in the aftermath of the withdrawal indicated tanking numbers for the president, with a number of his fellow Democrats blaming him for the disastrous execution.

The White House has said that no one expected Kabul to fall as quickly as it did. At the same time, the president has claimed his administration was “ready” for the Afghan government to fall almost immediately to the Taliban as the U.S. withdrew from Afghanistan.

Meanwhile, outside advisers were warning of the Taliban’s swift advance through the country far before the August 14 meeting, Axios reported. 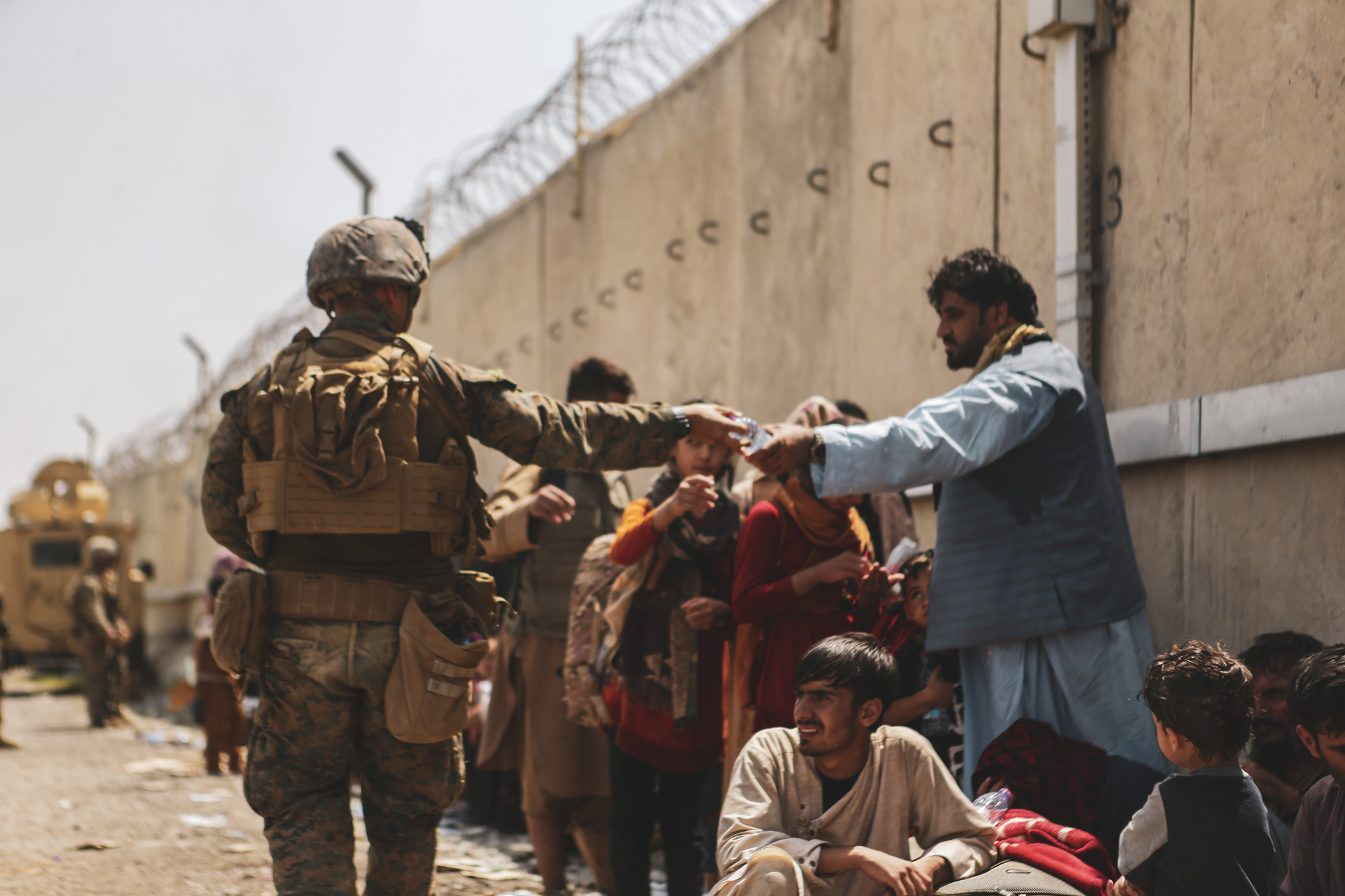 “On the 13th of July, we offered to work with them to help evacuate our partners,” former CIA officer Matt Zeller, who worked with officials in February about ensuring protection for Afghans who had helped America, told Axios. “We all saw this disaster coming before the inevitable occurred. They didn’t get back to us until Aug 15, the day Kabul fell.”

“They treated us like we were Chicken Little. They didn’t believe the sky was falling,” he added. (RELATED: Impossible To Fact Check ‘In Real Time’: Misleading Biden Presser Diverges From Reality On The Ground)

The NSC declined to comment “on leaked internal documents” while appearing to tout its Operation Allies Refuge that launched earlier that summer.

“While we’re not going to comment on leaked internal documents, cherry-picked notes from one meeting do not reflect the months of work that were already underway,” NSC spokesperson Emily Horne said, according to Axios. “Earlier that summer, we launched Operation Allies Refuge and had worked with Congress to pass legislation that gave us greater flexibility to quickly relocate Afghan partners.”

“It was because of this type of planning and other efforts that we were able to facilitate the evacuation of more than 120,000 Americans, legal permanent residents, vulnerable Afghans and other partners,” she added.