Police are investigating at least two shootings that occurred the same day that Seattle’s mayor pledged to address the city’s violent crime.

“That’s why you heard me two weeks ago talk about my commitment to public safety in the face of a report showing significant increases in violent crime and an over 40% increase in shots fired last year,” Harrell said in his “State of the City” speech. “I shared results of immediate action to address crime and look at the data to recognize which neighborhoods and communities are most impacted by public safety issues.” 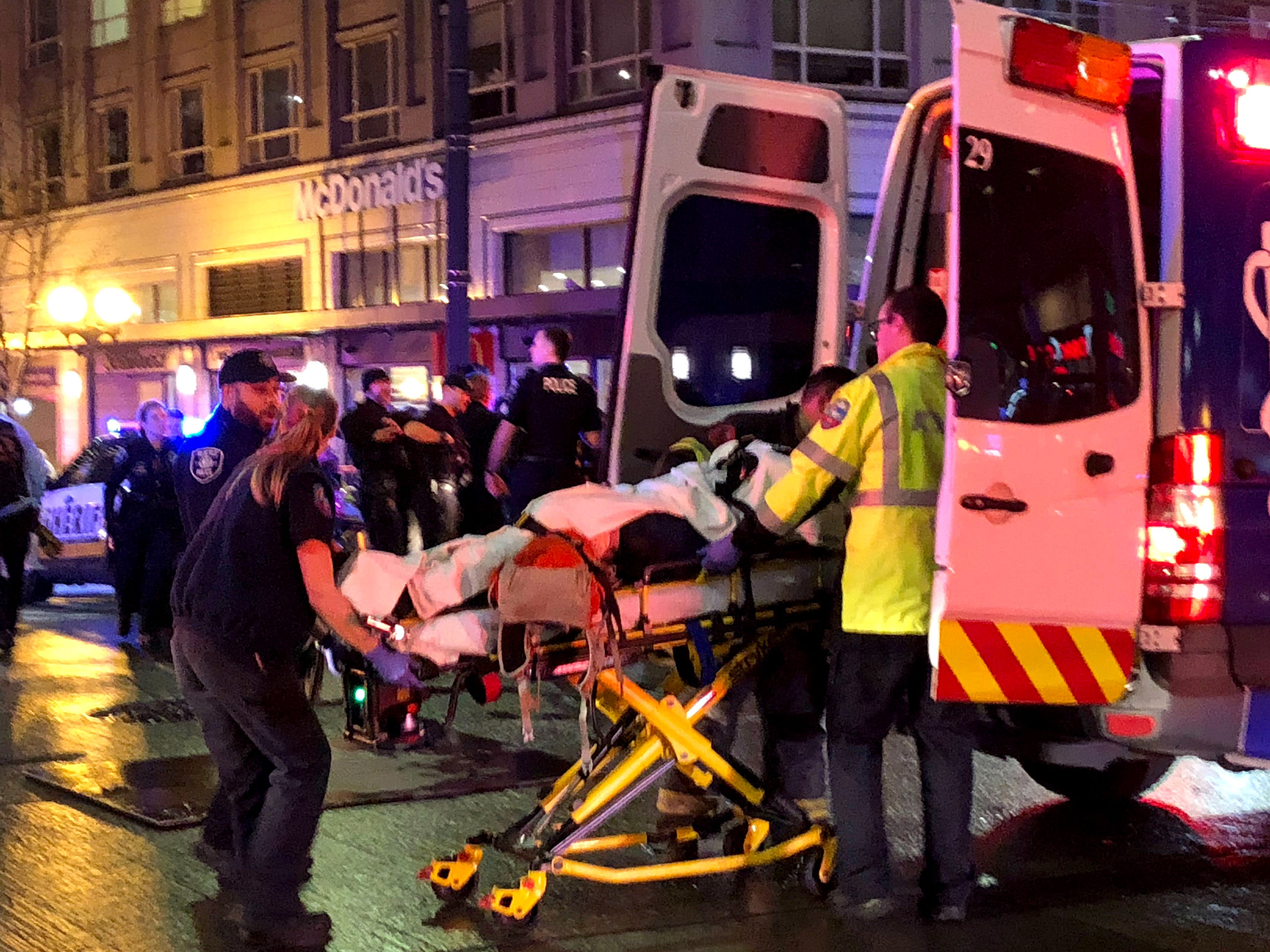 EMT and Police give first aid to a shooting victim in downtown on January 22, 2020 in Seattle, Washington. (Photo by Chris Porter/Getty Images)

A man was injured Tuesday in a shooting near the Haller Lake neighborhood, the Seattle Police Department (SPD) reported. Officers responded to an emergency call around 8:40 p.m. Tuesday after the man said he was shot in the leg.

The 38-year-old victim said he had a verbal altercation with four juvenile males before one of them shot him, according to SPD. (RELATED: Toxic Fentanyl, Meth Smoke Make Liberal City’s Transit System Unusable, Authorities Say)

Meanwhile, another man was wounded Tuesday afternoon after being shot in the hip in the Seattle neighborhood of Ballard, according to SPD.

In an effort to address crime, the mayor spoke about adding more officers to efficiently respond to emergencies.

“Part of that plan requires more officers,” Harrell said in his speech Tuesday. “The depleted staffing we see today does not allow us to react to emergencies and crime with the response times our residents deserve.”