Tesla CEO Elon Musk lashed out against President Joe Biden again on Tuesday, criticizing the White House for repeatedly ignoring his company while boosting others.

Musk said Biden has promoted other electric vehicle (EV) companies — including legacy automakers like General Motors, Ford and Chevrolet — while barely mentioning Tesla, which is the largest domestic producer of EVs, according to an email shared with CNBC Tuesday evening. Musk also promised that he would behave if the president were to host him despite previously calling him a “damp sock puppet” and being a vocal opponent of his administration’s policies.

“They have nothing to worry about,” Musk told CNBC in the email exchange. “I would do the right thing.” (RELATED: Biden Boosts Australian EV Company, Continues To Ignore Tesla)

“The notion of a feud is not quite right,” he continued. “Biden has pointedly ignored Tesla at every turn and falsely stated to the public that GM leads the electric car industry, when in fact Tesla produced over 300,000 electric vehicles last quarter and GM produced 26.”

The White House has yet to invite Musk or Tesla to an in-person or virtual event in the 13 months Biden has been in office. But the president has hosted a range of EV companies and visited multiple factories producing zero-emissions cars. 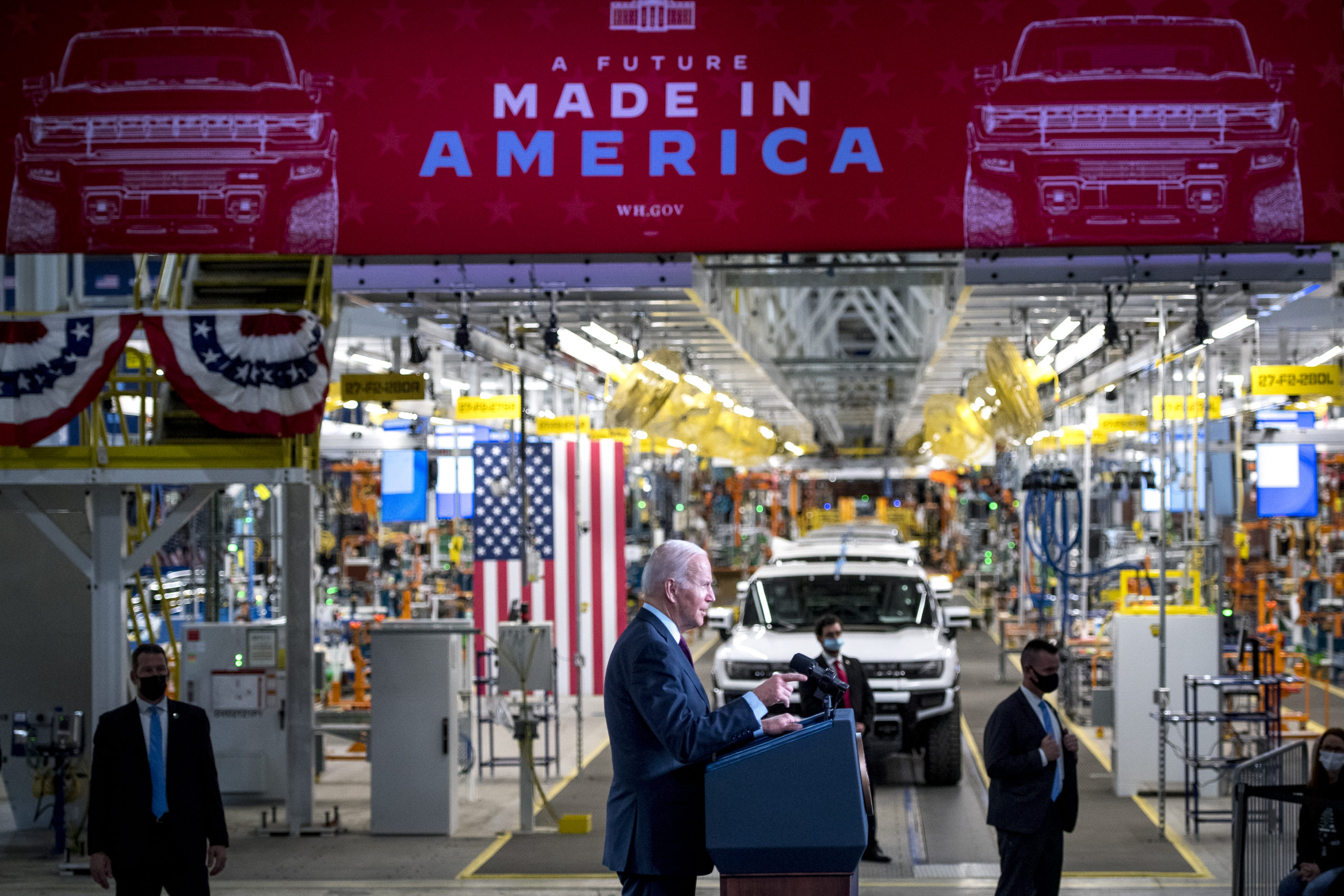 When asked if the president’s silence on Tesla was related to the company being a non-union shop in August, White House press secretary Jen Psaki noted the automakers invited to a recent event were the “largest employers of the United Auto Workers” and that the reporter was free to draw their “own conclusion.” In November, deputy press secretary Chris Meagher said “creating good-paying union jobs” was a major component of Biden’s climate agenda after a question about Tesla during a news briefing.

“It got to the point, hilariously, where no one in the administration was even allowed to say the word ‘Tesla’! The public outrage and media pressure about that statement forced him to admit that Tesla does in fact lead the EV industry. I wouldn’t exactly call that ‘praise,'” Musk added, CNBC reported.

Biden made his first reference to Tesla during a White House event hosting an Australian EV charger company on Feb. 8. The president briefly acknowledged Tesla as the largest U.S. EV manufacturer.

White House staff, meanwhile, have been angered by Musk’s continued criticism of the administration with some calling him an “a-hole,” several anonymous people familiar told CNBC.

Tesla vehicles represented 79% of all EV sales in 2020, according to Experian data. The Texas-based company employed 99,290 total workers as of Dec. 31, according to Securities and Exchange Commission filings.

“Tesla has done extraordinary things for electric vehicles and that’s a big part of why the whole industry now knows EVs are the future,” a White House spokesperson told CNBC in a statement.