President Joe Biden will join other Western nations in releasing a total of 60 million barrels of crude oil amid the Ukraine crisis, the coalition announced Tuesday.

Overall, 31 member nations of the International Energy Agency (IEA), including the U.S., agreed to coordinate the release, according to the Paris-based group. The decision was made in light of Russia’s invasion of Ukraine and its subsequent effects on global energy security.

“It is heartening to see how quickly the global community has united to condemn Russia’s actions and respond decisively,” IEA Executive Director Fatih Birol said in a statement. “I am pleased that the IEA has also come together today to take action. The situation in energy markets is very serious and demands our full attention.” 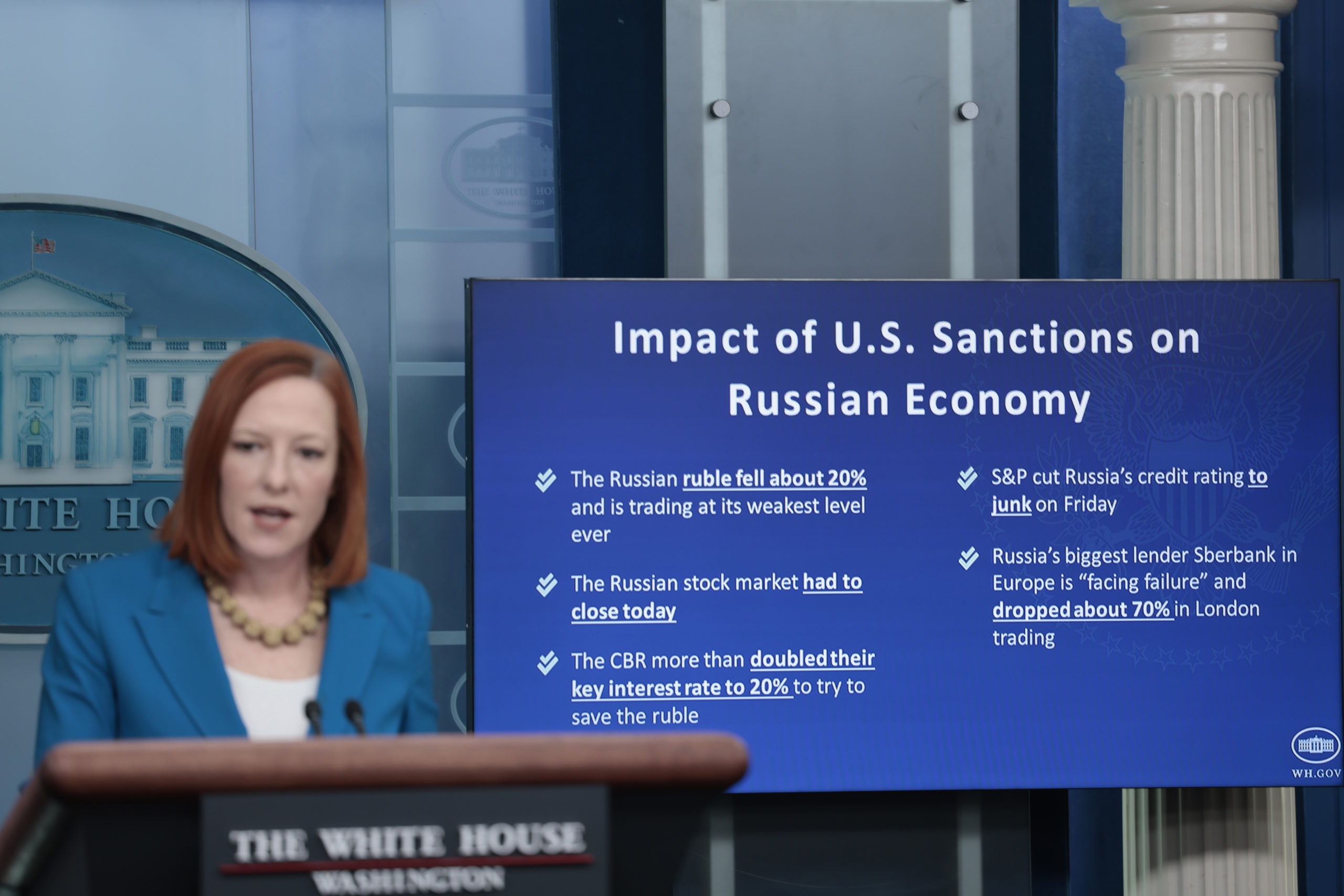 White House press secretary speaks about the effect of U.S. sanctions on the Russian economy during a briefing on Monday. (Anna Moneymaker/Getty Images)

“Today’s announcement is another example of partners around the world condemning Russia’s unprovoked and unjustified invasion of Ukraine and working together to address the impact of President Putin’s war of choice,” White House press secretary Jen Psaki said in a statement.

Psaki said that the U.S. would release 30 million barrels of oil as part of the announcement.

After briefly dipping late last year, gas prices have climbed much higher in the months since the release. The average price of gas in the U.S. reached $3.61 per gallon this week, its highest level since July 2014.

Editor’s note: This story will be updated.