Russia has repeatedly pointed to its nuclear arsenal while waging war on Ukraine, seemingly alluding that nukes could be on the table to counter what it perceives as “Western aggression.”

Russian President Vladimir Putin ordered Russia’s nuclear forces to be placed on a “special regime of combat duty” while speaking with top military officials Feb. 27, in response to Western economic sanctions and “aggressive statements” from NATO countries. A few days prior, Putin said that the West would face consequences “such as you have never seen in your entire history” if it intervened in Ukraine. Belarus, Russia’s neighbor that has served as a launchpad for Russian soldiers, voted to abandon its non-nuclear status Feb. 28.

Despite Russia’s rhetoric, President Joe Biden said that the U.S. should not worry about nuclear war. Russia’s ambassador to the UN, Vasily Nebenzya, denied that Russia was likely to launch nuclear weapons, saying that Putin placing them on high alert was “a kind of deterrence.” (RELATED: Ukraine Warns Russia-Controlled Chernobyl Has Lost Power)

Launching nuclear weapons would be a “red line” and the U.S. and NATO would likely respond militarily, Columbia University Professor and Russia expert Elise Giuliano said. 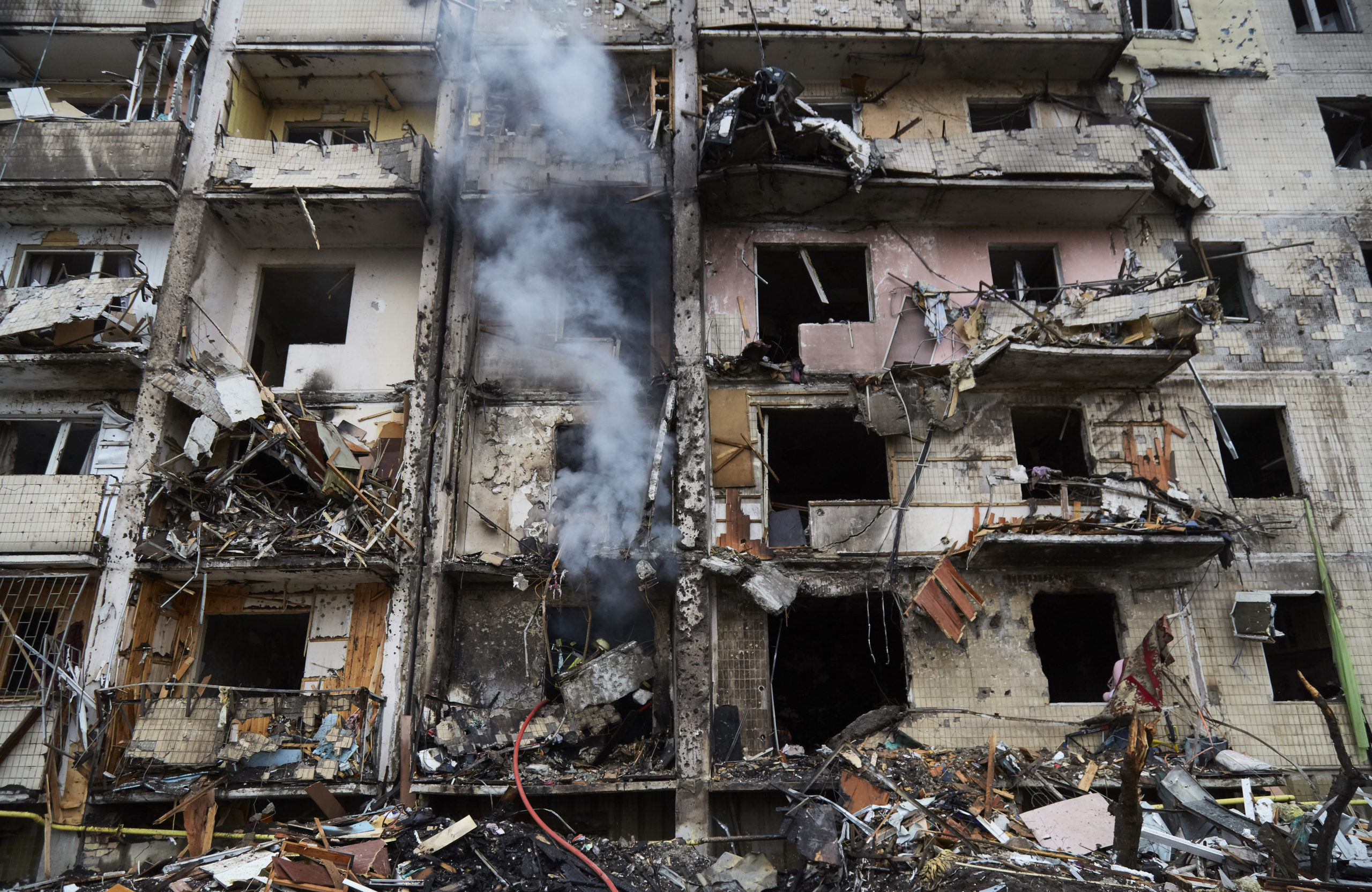 KYIV, UKRAINE – FEBRUARY 25: Firemen extinguish a fire inside a residential building that was hit by a missile on February 25, 2022 in Kyiv, Ukraine. Yesterday, Russia began a large-scale attack on Ukraine, with Russian troops invading the country from the north, east and south, accompanied by air strikes and shelling. The Ukrainian president said that at least 137 Ukrainian soldiers were killed by the end of the first day. (Photo by Pierre Crom/Getty Images)

Peter Rough, a senior fellow at the Hudson Institute, told the Daily Caller that there is one unlikely scenario in which Russia may resolve to use nuclear weapons.

“I think it’s highly unlikely that Putin uses nuclear weapons in Ukraine. The scenario in which I see that decision being taken and executed is in the event of a defeat of the Russian army in a conventional war. By this, I don’t mean a quagmire in Ukraine but a force marching on Moscow or St. Petersburg. I don’t see that on the horizon,” he said.

“If Russia were to launch nuclear weapons against Ukraine, it’s not extremely likely that a nuclear war would begin, but we can’t rule out that possibility,” Alexis Mrachek, Research Associate for Russia and Eurasia, Douglas and Sarah Allison Center for Foreign Policy, told the Daily Caller.

“The West needs to take the threat seriously, but with caution. Also, beyond a Russian nuclear attack potentially harming the Ukrainian people and countryside, it would initiate an immensely strong response from the international community. Russia needs to remember that as it figures out its next steps in this war it has created,” she continued.

If Putin did choose to order a launch, it may lead to dire consequences for his reign, Herman Pirchner, president of the American Foreign Policy Council and Russia expert, told the Daily Caller.

“Russians officials in the chain of command overseeing nuclear weapons are very sober people and understand the consequences of using those weapons. I believe they, and others in Russian power structures, would rather see Putin out of power than to use a nuclear weapon against Ukraine,” he said.