“[A]t this time of global uncertainty due to Russian aggression, we are working with our legislative partners on an emergency suspension of the gas tax to help with the pain at the pump,” Republican Maryland Gov. Larry Hogan said in a statement Thursday. “We also support ongoing efforts in the legislature to suspend automatic increases in the gas tax.”

“And I have called on the Biden administration to increase domestic energy production to help lower costs,” he continued. “Now more than ever, we must come together to take bold, bipartisan action.”

Maryland House Speaker Adrienne Jones said the gas tax suspension was “the right thing to do,” NBC affiliate WBAL-TV reported. On Friday, the average price of gasoline in Maryland jumped to $4.31 per gallon, according to AAA which tracks gasoline costs daily. (RELATED: Democrats Aim To Increase Taxes On Big Oil Amid Record Gas Prices)

On Tuesday, a coalition of six governors — Michigan, Colorado, Minnesota, New Mexico, Pennsylvania and Wisconsin — wrote a letter to bipartisan congressional leadership, urging a suspension of the federal gas tax. The current federal gas tax rate is 18.4 cents per gallon while the average state rate is 30.63 cents per gallon.

“At a time when people are directly impacted by rising prices on everyday goods, a federal gas tax holiday is a tool in the toolbox to reduce costs for Americans,” the governors wrote. 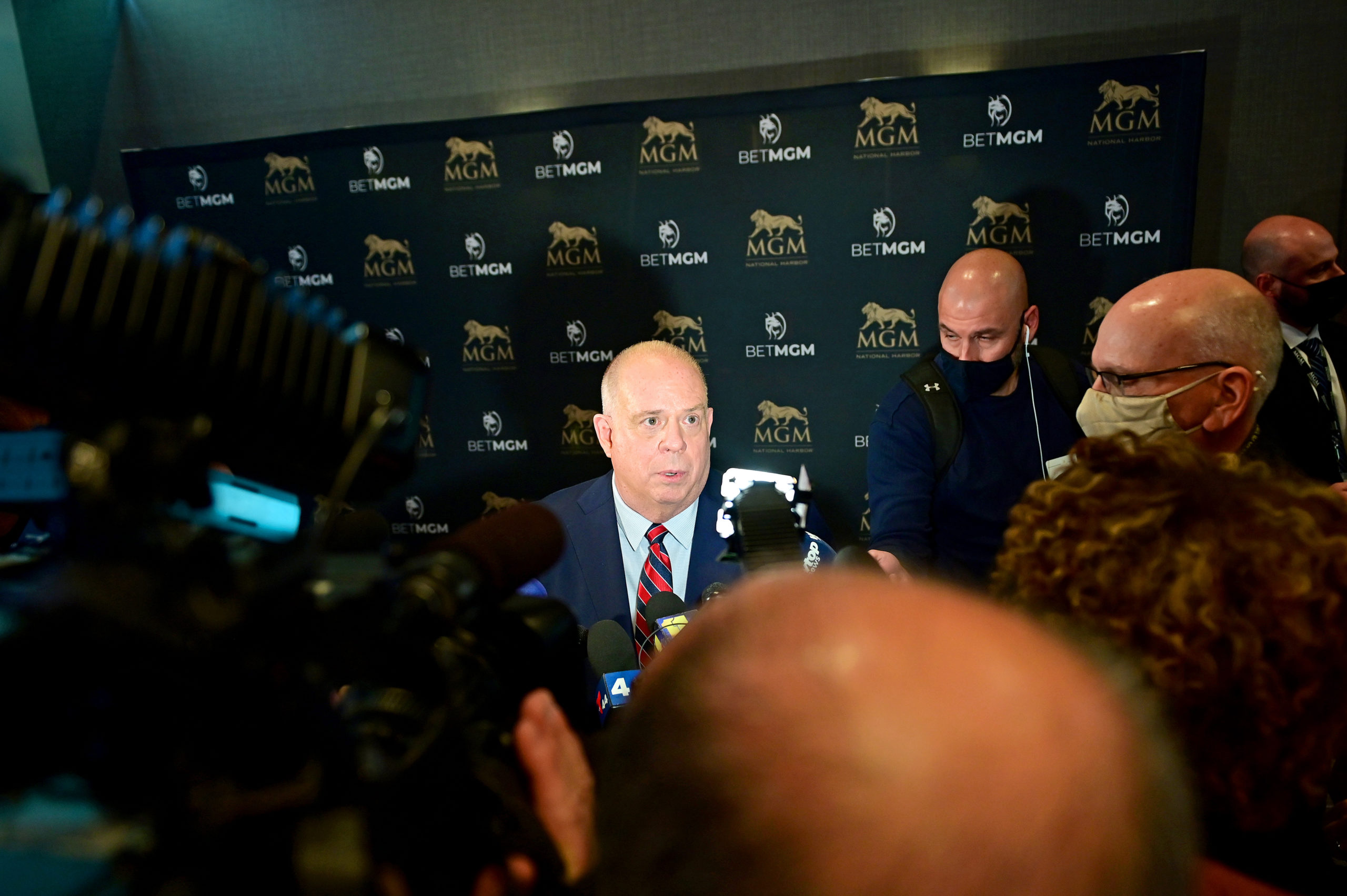 Nationwide, gas prices have soared past the previous all-time high recorded prior to the Great Recession and housing crisis in 2008. The average price at the pump across the U.S. reached $4.33 per gallon, the AAA data showed.

Russia’s invasion of Ukraine has caused uncertainty in global energy markets, leading to higher oil and gasoline prices. But prior to the invasion, gas prices were already elevated and rising, according to government data.

Governors and legislatures in Georgia, Michigan, California and Florida have also offered varying tax relief proposals, Reuters reported. California’s state gas tax is the highest in the country at 66.98 cents per gallon, according to the Tax Foundation.

“In January we proposed to pause the gas tax increase. Now, it’s clear we must go further,” Democratic California Gov. Gavin Newsom remarked during his state of the state address Tuesday. “That’s why — working with Legislative leadership — I’ll be submitting a proposal to put money back in the pockets of Californians, to address rising gas prices.”

In early February, before the Russian invasion of Ukraine, a group of Senate Democrats introduced the Gas Prices Relief Act, legislation that would suspend the federal gas tax.