The president will use the Defense Production Act — a 1950 law designed to help the federal government mobilize a domestic response to the threat of war — to “secure” the domestic production of critical minerals specifically needed in electric vehicle and renewable storage batteries, the White House announced Thursday. Under the president’s order, the Department of Defense will be authorized to support additional mining and refining projects using “strong environmental, labor, community and tribal consultation standards.”

But Biden’s action Thursday failed to address the regulatory and permitting process advocates have asked him to reform.

“Unless we continue to build on this action, and get serious about reshoring these supply chains and bringing new mines and mineral processing online, we risk feeding the minerals dominance of geopolitical rivals,” National Mining Association (NMA) President and CEO Rich Nolan said in a statement shared with the DCNF. “We have abundant mineral resources here.

“What we need is policy to ensure we can produce them and build the secure, reliable supply chains we know we must have,” he continued. (RELATED: Biden Asks Congress To Punish Oil Companies For Not Drilling More)

Chris Wood, president and CEO of the conservation group Trout Unlimited, said pushing for an expansion of critical mineral production while not reforming the current regulatory framework is “akin to building a new home on a foundation of rotting wood,” in a statement shared with the DCNF. 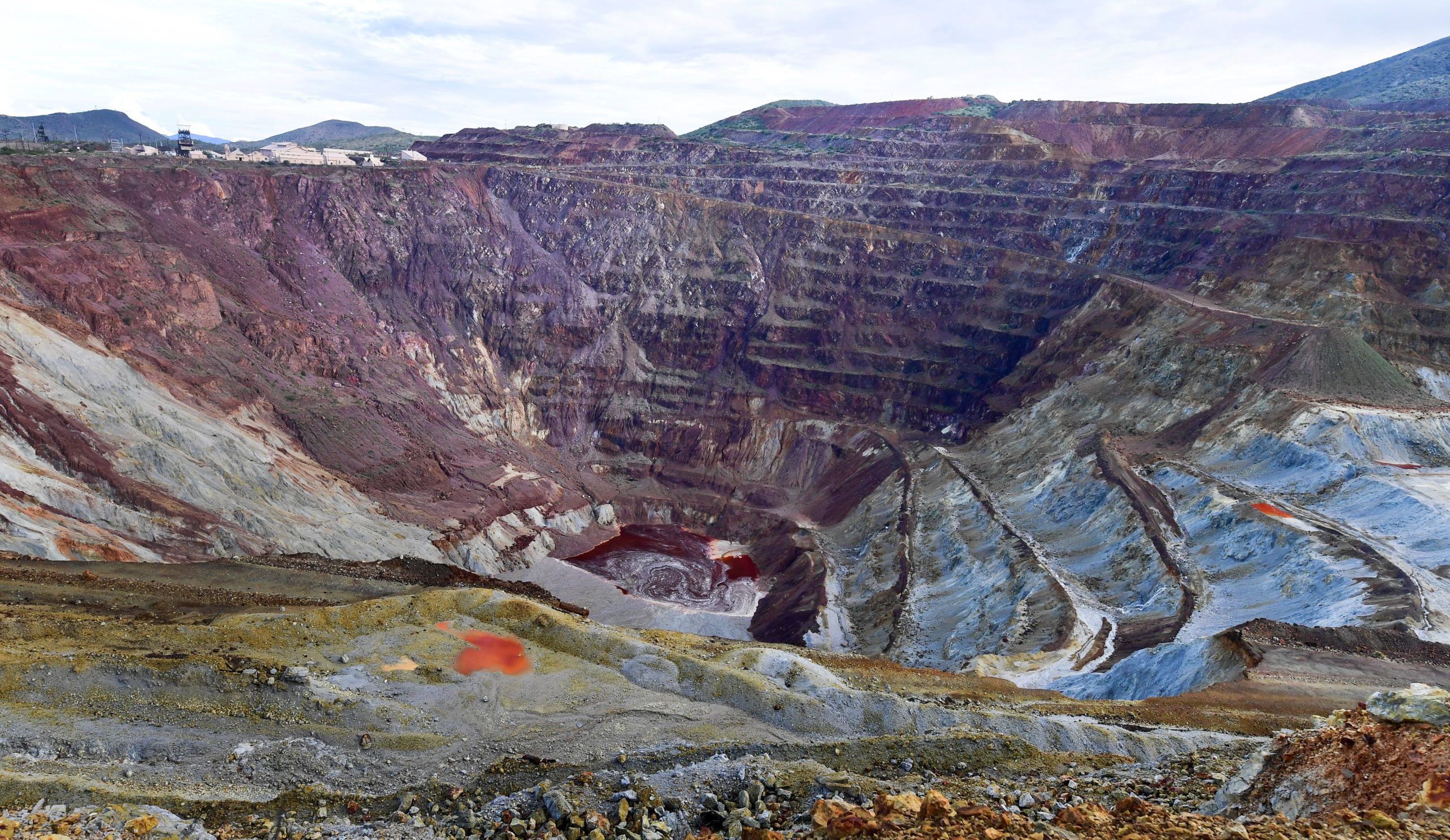 The Lavendar Pit at Copper Queen Mine in Bisbee, Arizona is pictured on July 24, 2020. (Frederic J. Brown/AFP via Getty Images)

Minerals such as cobalt, copper, lithium, nickel, graphite and zinc are essential for the production of electric vehicle batteries, battery storage facilities, solar panels and wind turbines, a 2021 International Energy Agency report showed. However, China, Russia and other hostile nations currently dominate the global production of such materials.

China alone controlled about 55% of the world’s mining capacity and 85% of global mineral refining in 2020, a White House supply chain report from June concluded. The U.S., meanwhile, has fallen far behind in the global race to secure critical mineral supply chains, producing between 0-6% of many of the most important materials. (RELATED: Far-Left Activists Demand Lawmakers To Sign $94 Trillion ‘Green New Deal’ Pledge)

“I’m going to use the Defense Production Act to secure American supply chains for the critical materials that go into batteries for electric vehicles and the storage of renewable energy: lithium, graphite, nickel, and so much more,” Biden remarked at the White House on Thursday. “We need to end our long-term reliance on China and other countries for inputs that will power the future. And I’ll use every tool I have to make that happen.”

Mining advocates and GOP lawmakers have pointed to environmental regulations and the burdensome permitting process for mining projects as the main reason why the U.S. is lagging behind competitors. On average, it takes about 10 years for a company to receive approval to begin mining, one of the longest wait times worldwide, according to the NMA.

One Idaho-based project, a mine with antimony which is important for batteries, is expected to begin production of the mineral 17 years after it was first identified at the site, its vice president of external affairs previously told the Daily Caller News Foundation.

“While it’s encouraging to see the Biden Administration acknowledge the importance of domestic critical mineral mining, we will never win the clean energy arms race if we don’t also reform the permitting process that is holding back climate progress,” Christopher Barnard, the American Conservation Coalition’s national policy director, said in a blog post. 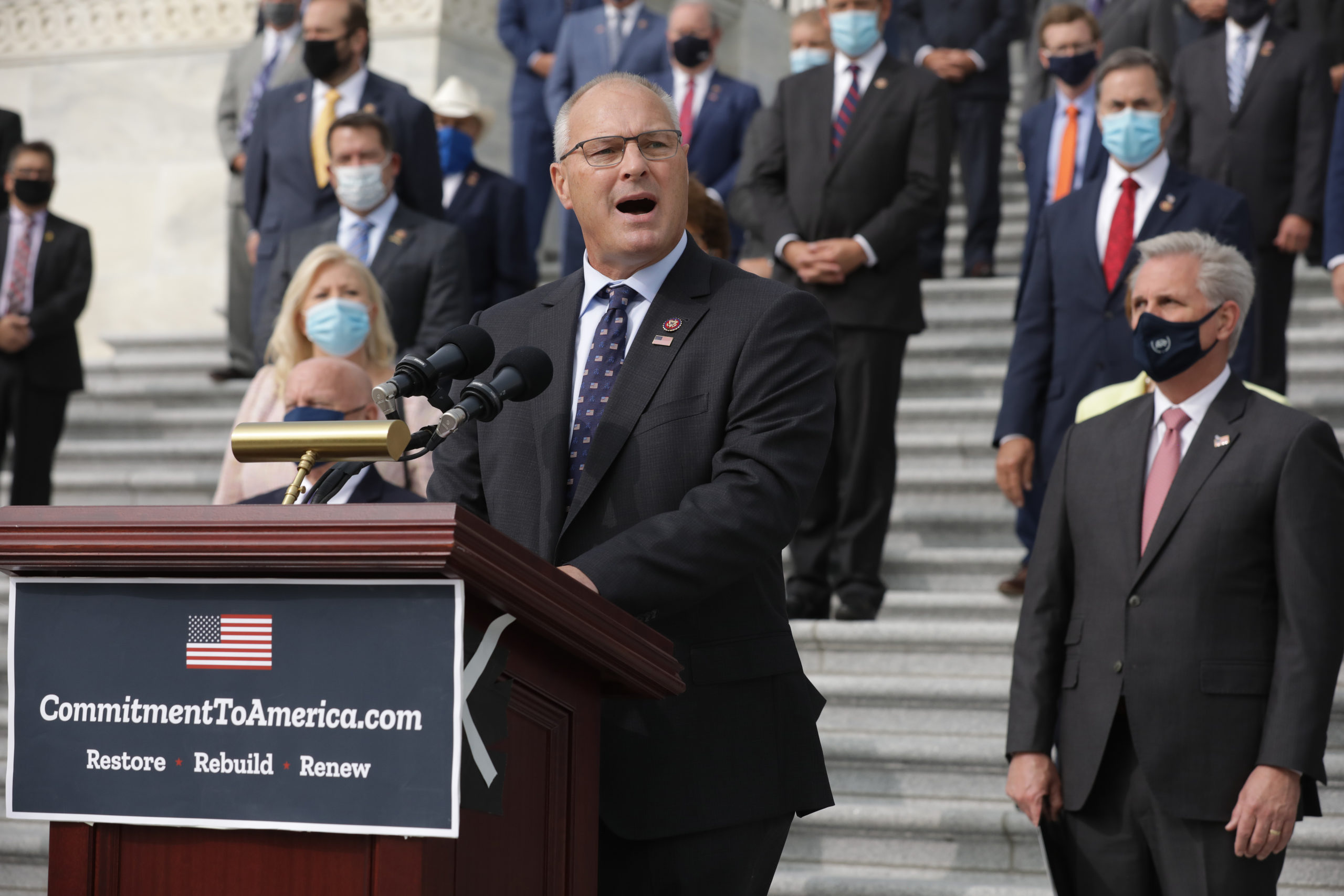 The Biden administration has also repeatedly stood in the way of mining projects around the country.

Over the last 14 months, the federal government blocked an Arizona copper mine, withdrew access to 10 million acres of land in Wyoming for mineral exploration, issued roadblocks for a copper mine in Alaska and complicated the permitting process for a Nevada lithium mine, Senate Energy and Natural Resources Committee Ranking Member John Barrasso said during a hearing Thursday. The Biden administration also nixed the permits for a Minnesota mine that would have produced copper, nickel, cobalt and platinum.

Barrasso added that the U.S. won’t see a “meaningful increase in American mineral production” until Biden streamlines mine permitting. (RELATED: Biden Plans To Release More Oil From Emergency Stockpile. Will It Work?)

“We must look at this Administration’s actions, not their words. Without any permitting reform, our domestic mining industry will continue to run into roadblocks,” Minnesota Rep. Pete Stauber, the top Republican on the Natural Resources Energy and Mineral Subcommittee, told the DCNF in a statement. “We need to shorten permit review lengths and stop the weaponization of frivolous lawsuits.”

“Only with these steps can the United States truly achieve mineral independence, end our over-reliance on adversarial nations like Russia and China, and unleash the American energy sector using American workers,” he continued.

“It will be irrelevant if (Biden) doesn’t simultaneously streamline permitting processes for domestic production. Without this, mineral production here in the U.S. will continue stalling in a morass of bureaucratic red tape while China and our adversaries run laps around us,” Westerman said.